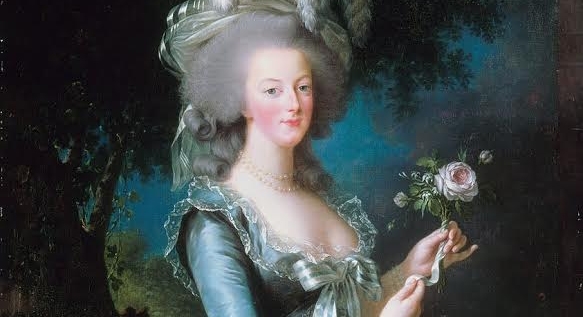 The Season 3, Episode “Phantoms of the Deep” may not have yielded any buried treasure, but once again, the Laginas have presented a great teaching moment about Marie Antoinette and the downfall of the French monarchy. So before the next episode, Tuesday, January 5, pop some popcorn and share this fun history lesson with your kids:

Who Was Marie Antoinette?

Marie Antoinette was born a princess–princess of Austria to be specific. When she was only 14 she was married off (girls, not even princesses, had no say in who they would marry in those days!) to the prince of France in 1770. The marriage would be a great alliance between the kingdoms of Austria and France, so their parents hoped. Four years later, when her husband became king (Louis the XVI) of France, Marie became the country’s queen. In the beginning the French loved their pretty young queen. But soon, gossip about her expensive habits (paid for from the French treasury) began circling about her. To make matters worse, France was entering a financial crisis.

The worsening financial situation in France let to the beginning of the French Revolution in 1789. At that time they were put under house arrest by the revolutionaries. In June of 1791 they attempted to escape the palace where they were being imprisoned in the hopes that they would meet with loyalist troops and restore their rule. The ill-fated escape is known as the Flight to Varennes because the King, Queen and their children were arrested their. Two years later, in 1793, the king and queen were beheaded.

What In the World Could Marie Antoinette Have to Do With Oak Island?

Legend has it that one of Marie Antoinette’s maids, entrusted with her jewels, escaped France on a ship to North America. The jewels have never been found.

The timeline of the mystery of Oak Island does work well for this theory. The mystery of Oak Island began in 1795, just four years after the Flight to Varennes. According to the 1965 Readers Digest article “Treasure Hunt: The Mystery of Oak Island,” by David MacDonald, that was the year that a 16-year-old boy from Nova Scotia who was hunting on the island and discovered an “odd depression,” below a ship’s block and tackle hanging from a sawed off limb of a tree.

Could Marie Antoinette’s Jewels be Buried on Oak Island?!