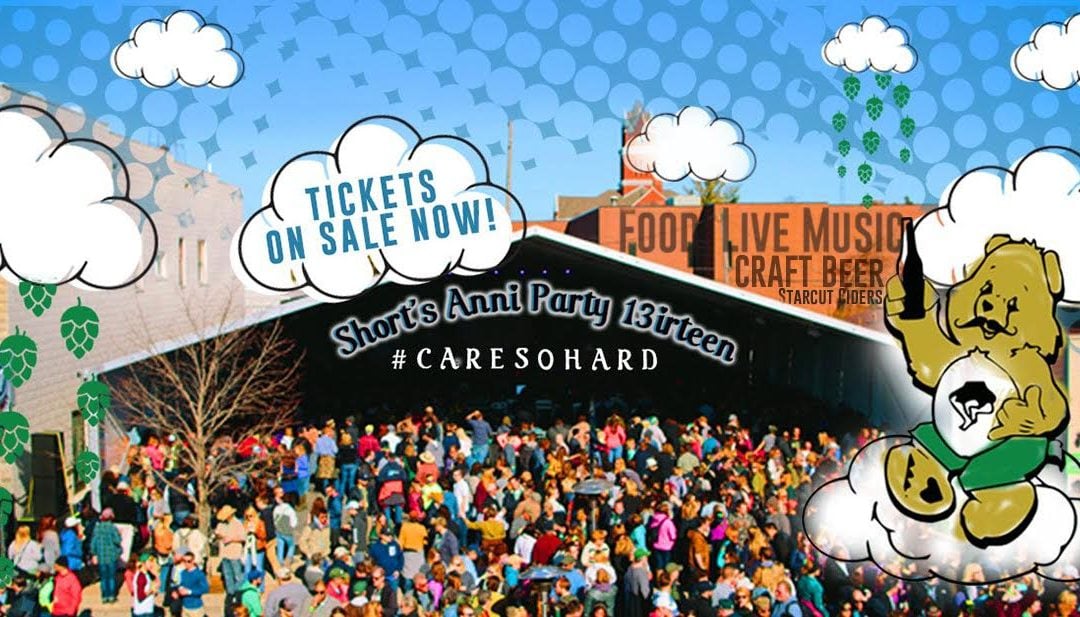 In true Short’s fashion, just one month in advance of their biggest party of the year, Short’s Brewing Company announces the addition of the Salvacious Planemo Sour Series and Slurm to their 2017 Release Schedule. The Salvacious Planemo Sour Series will begin with the release of Anni Ale 13irteen, a dry hopped American Sour Ale with black currants. Slurm, Short’s first New England style India Pale Ale, will be distributed in May. Both new releases will be served on tap at Short’s Anni Party 13irteen. 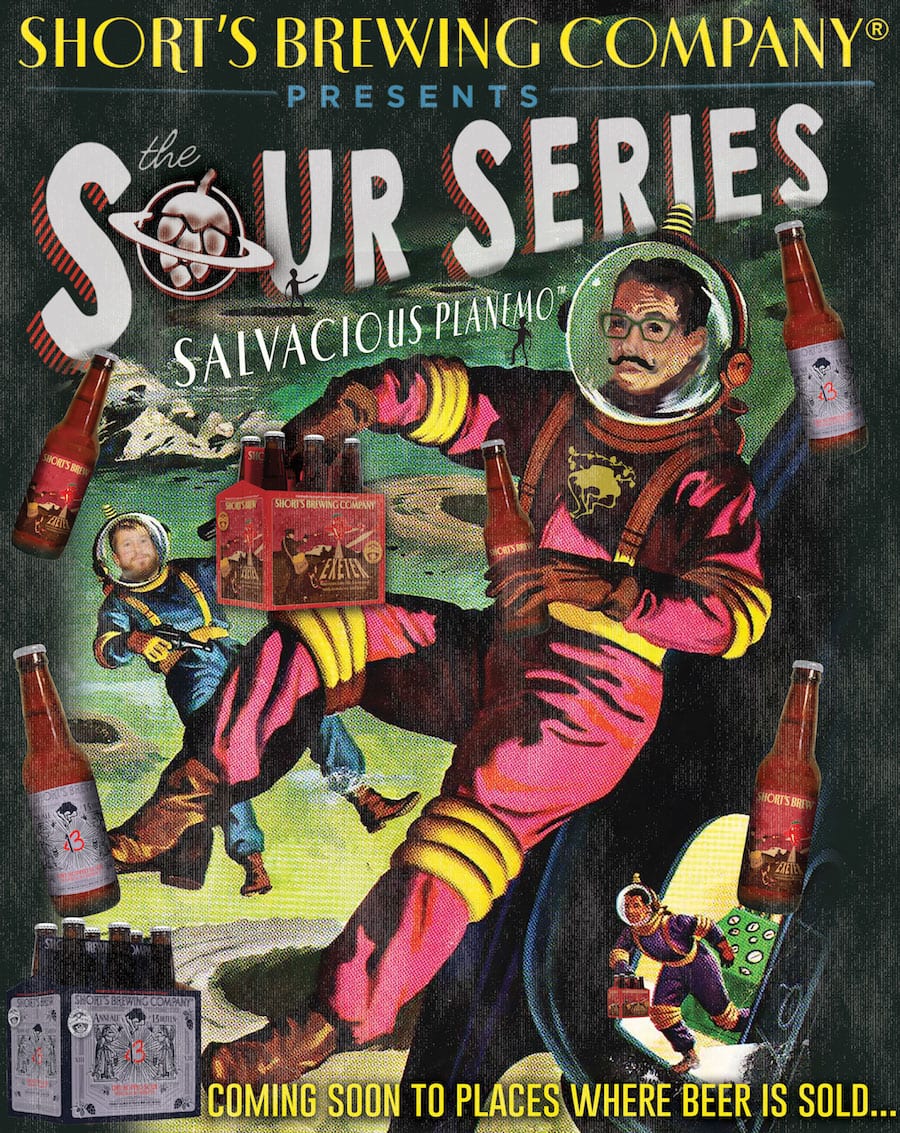 A departure from Short’s Anni Ale ‘09 – ‘16, Anni Ale 13irteen will be released first at Short’s 13th anniversary party. This American Sour Ale will head to shelves and taps in Michigan and throughout Short’s expanded distribution footprint (Michigan, Pennsylvania, Ohio, Indiana, Illinois, and Wisconsin) beginning May 1.

Fans of past Short’s releases Peachy Pom Pom and Wishful Sinful have much to look forward to. Subsequent Salvacious Planemo Sour Series releases include Exeter, a new American Sour Ale with strawberry and lemon and the eventual return of Critterless. First released in the fall of 2016, Critterless is an American Sour Ale with mango and cherry that quickly proved to be a fan favorite.

On the other end of the beer spectrum, Short’s Slurm, a juicy, hazy, New England style IPA will also make its debut on tap at Short’s Anni Party 13irteen. Packaged in six-packs of 12-ounce bottles and kegs, Slurm will only be available in Michigan. According to the company, distribution will take place in May.

About Short’s Brewing Company and Starcut Ciders
Located in the heart of Downtown Bellaire, Short’s Brewing Co. was established in 2004 by Joe Short. In 2009, Short’s began keg and bottle distribution in Michigan via their Elk Rapids Production Facility. Starcut Ciders is a division of Short’s Brewing Company born out of a desire to celebrate the bounty of Michigan orchards. The brewery is known widely for their flagship and experimental brews including Huma Lupa Licious and Soft Parade. Short’s prides themselves on producing fearlessly creative beers, handmade by people who care in Northern Michigan.