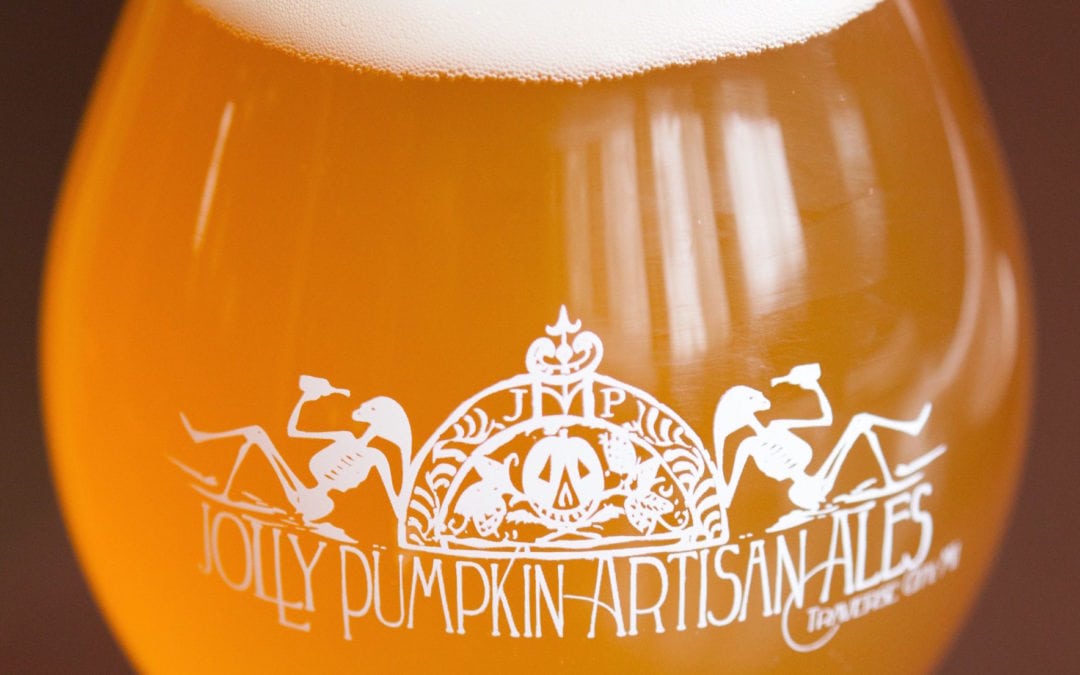 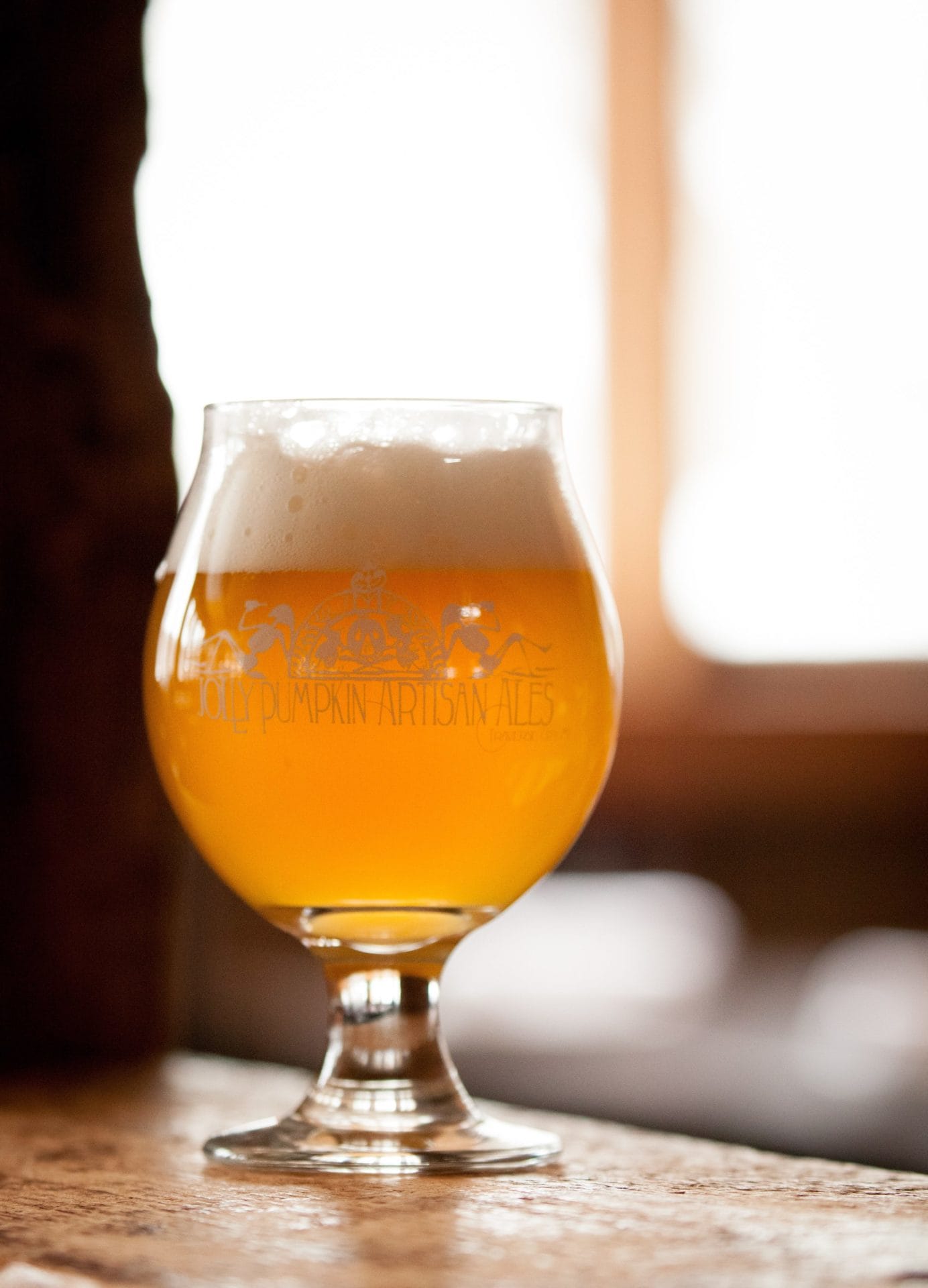 After launching breweries all over world, including Shipyard and Magic Hat, and training next-gen beer luminaries, Mike moved to Northern Michigan in 2008 to help launch Jolly Pumpkin’s Old Mission facility. With Belgian brews on the brain, we tapped Mike for his expertise on the workings of these nuanced beers and how best to drink them.

Here’s a quick look at the building blocks of Belgo-American brews: 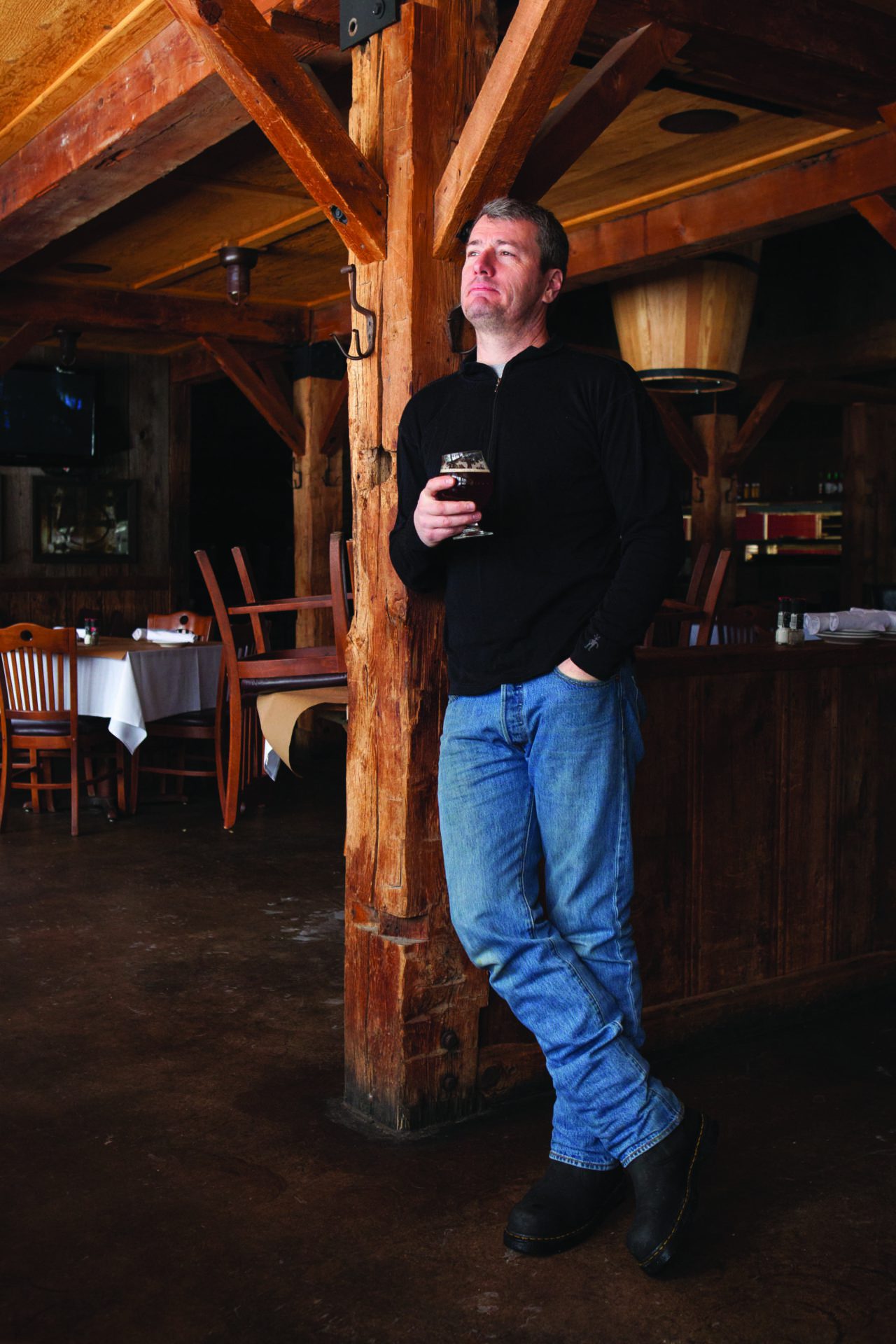 Belgian-style beers, what makes them distinctive?
It really comes down to the use of natural and wild yeasts and bacteria native to where the beer is being made. Different regions have different yeast strains, which express themselves in the beers. Dating back to the spice trade in the 16th century, the Belgians brew with candy sugars, orange peel and exotic spices like vanilla, nutmeg, coriander and cumin.

Wild yeast and spices. Check. But bacteria?
Bacteria brings the funk, especially to sour beers. We cultivate and control strains like brettanomyces, lactobacillus, which is the bacteria found in yogurt, and acetobacter, the bacteria found in vinegar. Beers like this are living organisms and they require a lot of checking, blending and control to get the flavors where you want them. A well-balanced beer is never accidental.

Are Jolly Pumpkin’s Belgian-style ales still alive when they go in the bottle?
Absolutely, all of our beers are bottle-conditioned, which means we add enough yeast and residual sugar to keep the fermentation going. This is what gives our beers the fine bubble structure and really complex aromatics.

Once we pop the top, what’s the proper way to drink a Belgian-style beer?
Well I can say right off that these aren’t guzzling beers. They’re nuanced and should be sipped like wine. And like wine, serving temperature and glass shape make a big difference in how you experience the beer’s flavors and aromas. I like to drink them around 55 degrees. The lighter more effervescent white beers are good in tumblers, while the doubles and triples have a more subtle nose and need a snifter or brandy glass.

What should we eat to soak up these Belgian brews?
With sour beers I really like spicy food, especially southeast Asian curries. The big heavy Belgians that tend to be a little sweeter and higher in alcohol are perfect with a cheese plate or desserts. Light, citrusy saisons play well off briny shellfish like oysters and mussels, or do well with salads.

Check out these locally brewed incarnations of Belgian-inspired beer.

This article is featured in the March 2017 Food Issue of Traverse, Northern Michigan’s Magazine. Get your copy for 40 must-try eats!