4 Things You Might Not Know About Mackinac Island Lilacs 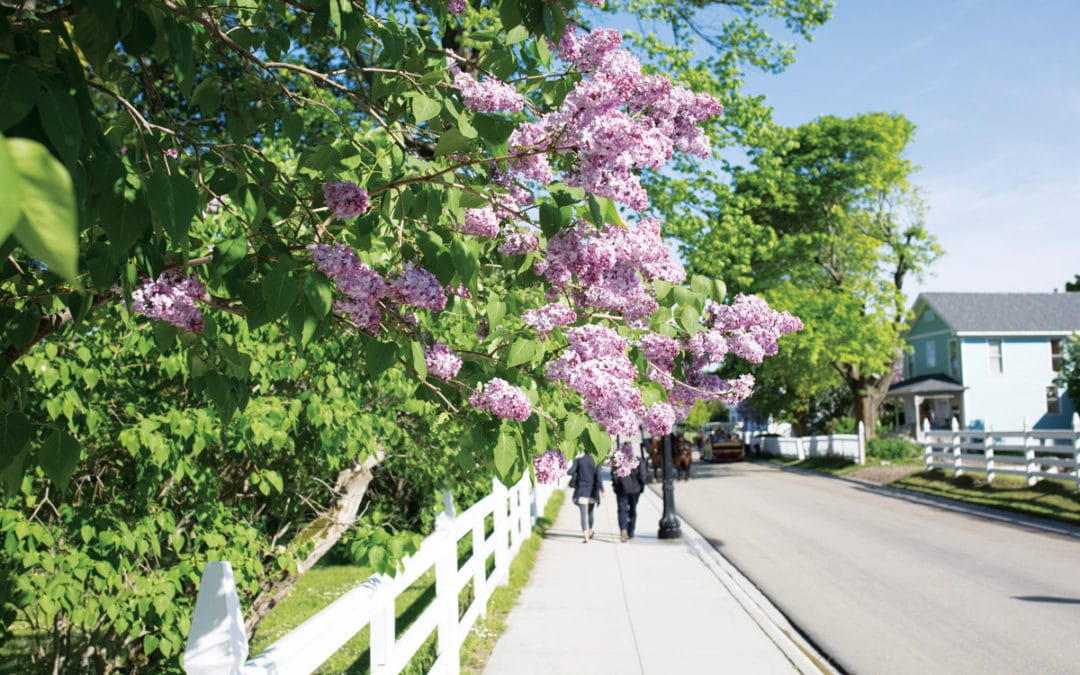 Why are there are so many Mackinac Island lilacs? And how did they get there?

There’s something so singular about the ambrosial, heady perfume that wafts from the multicolored lilac trees that bloom on Mackinac Island each June. The clusters of blossoms that coat the island in its signature floral fragrance (mixed, of course, with notes of freshly made fudge and the occasional road apple) mark the beginning of another sweet, serene summer season.

Before you frolic among the flora, get up to speed on Mackinac’s beloved shrub:

The first record of Mackinac’s lilacs dates back to the 1800s.

The earliest written documentation of lilacs on the island comes from a journal Henry David Thoreau kept during his visit to Mackinac in 1861. The evidence surfaced during a talk given by Corinne Smith, a member of the Thoreau Society from Massachusetts, who was on the island to discuss her research in 2016. When asked if Thoreau had written about Mackinac Island lilacs, Corinne said his journal did, in fact, include a single mention of them above a line about apple trees.

Lilacs are actually native to the Balkan Peninsula, and when European immigrants came to New England, they brought lilacs with them, planting the flowers near their farms for good luck. With the discovery of Thoreau’s journal entry, the theory holds that 19th-century immigrants, like a New Hampshire man by the name of Gurdon Hubbard, brought the first lilacs to Mackinac.

Hubbard and his family moved to the island in 1870, says Jeff Young, a master gardener who serves as the horticulturist for the island’s Lilac Festival. (Hubbard had visited previously in 1818 at the age of 16, employed by a fur trading company.) The Hubbards began farming on the west side of the island and planted lilacs—even naming their summer cottage “The Lilacs.” Today, this area—known as Hubbard’s Annex—is home to lilac stems that are about 100 years old. These stems are the offspring of older stems that were also about 100 years old. So, Jeff deduces that lilacs have existed on Mackinac Island for about 200 years—he knows of no older or larger stems in the U.S. or Canada.

Mackinac’s lilacs are the largest in the country.

All 23 species of Syringa vulgaris (about 400 varieties) thrive on the island thanks to growing conditions that suit lilacs perfectly—shallow, well-drained soil with a high pH level from underlying limestone. Plenty of rainfall and a good hardening each winter have strengthened Mackinac’s specimens over time, and horticulturists have confirmed that they are the largest in the country. (Some stems are larger than 2 feet across at the base!)

The Lilac Festival was created to attract visitors after World War II.

With the building of more homes on Mackinac in the late 1800s, came the planting of more lilacs. Then, following the events of World War II, the annual Lilac Festival was created in 1949 to attract more visitors. Mackinac residents, businesses and the state park all played an important role in planting lilacs across the island.