Have you ever wondered how your favorite Northern Michigan towns were named?

Shared from “Michigan Place Names: The History of the Founding and the Naming of More Than Five Thousand Past and Present Michigan Communities” by Walter Romig with the permission of the publisher. Copyright 1986 Wayne State University Press. Available for sale here.

In 1867, Mr. A. DeBelloy sunk a well here in hopes of striking oil, but he hit an artesian water spring instead. Located at the narrows of Carp Lake, it was called LeNaro in the early days. In 1871, it was given a post office under the name Provement, said to be a derivative of improvement. The village and post office were renamed Lake Leelanau in 1924, after the Native American word meaning “delight of life.”

This lumber town is the namesake of a schooner called Empire, which was icebound in the town’s harbor during the winter of 1863. The vessel also had the unique distinction of being used as a schoolhouse for the area.

The Presbyterian Indian mission founded here in 1852 was called Bear Creek by Reverend Andrew Porter. When the railroad established a station here in 1873, the name was changed to Petoskey after the Chippewa chief residing there. Petoskey is said to be a corrupted form of Petosega, meaning “rising sun.” The city was incorporated in 1896.

Taken from a biblical passage, this town’s name was conferred upon it by Reverend Charles E. Bailey sometime around 1880. The passage, taken from Isaiah 62:4, reads, “You shall no more be termed Forsaken and your land shall be called my Delight is in Her, and your land Beulah, that is Married.” When the town was made a station of the Ann Arbor Railroad in 1893, it was platted Crystal City because of its location at the head of Crystal Lake. However, the new name was never really accepted and it continued to be familiarly known as Beulah even before the village was officially incorporated under that name in 1932.

One Native American legend has it that a group of warriors watched this island rise out of the waters and that it so resembled a large turtle that they called it Mishinimakinang, or “big turtle.” French explorers spelled the word Michilimackinac, and with that, the town was given the fourth post office in the state in 1819. Its name was shortened to Mackinac Island in 1884 and it was ceded to the state in 1885 for park purposes, becoming what is today Mackinac State Historic Parks.

Elk Rapids was the home of Antrim County’s first white man. Abram S. Wadsworth platted the village of Stevens there in 1852 but renamed it Elk Rapids when he found a pair of elk horns in the sand at the mouth of the river. 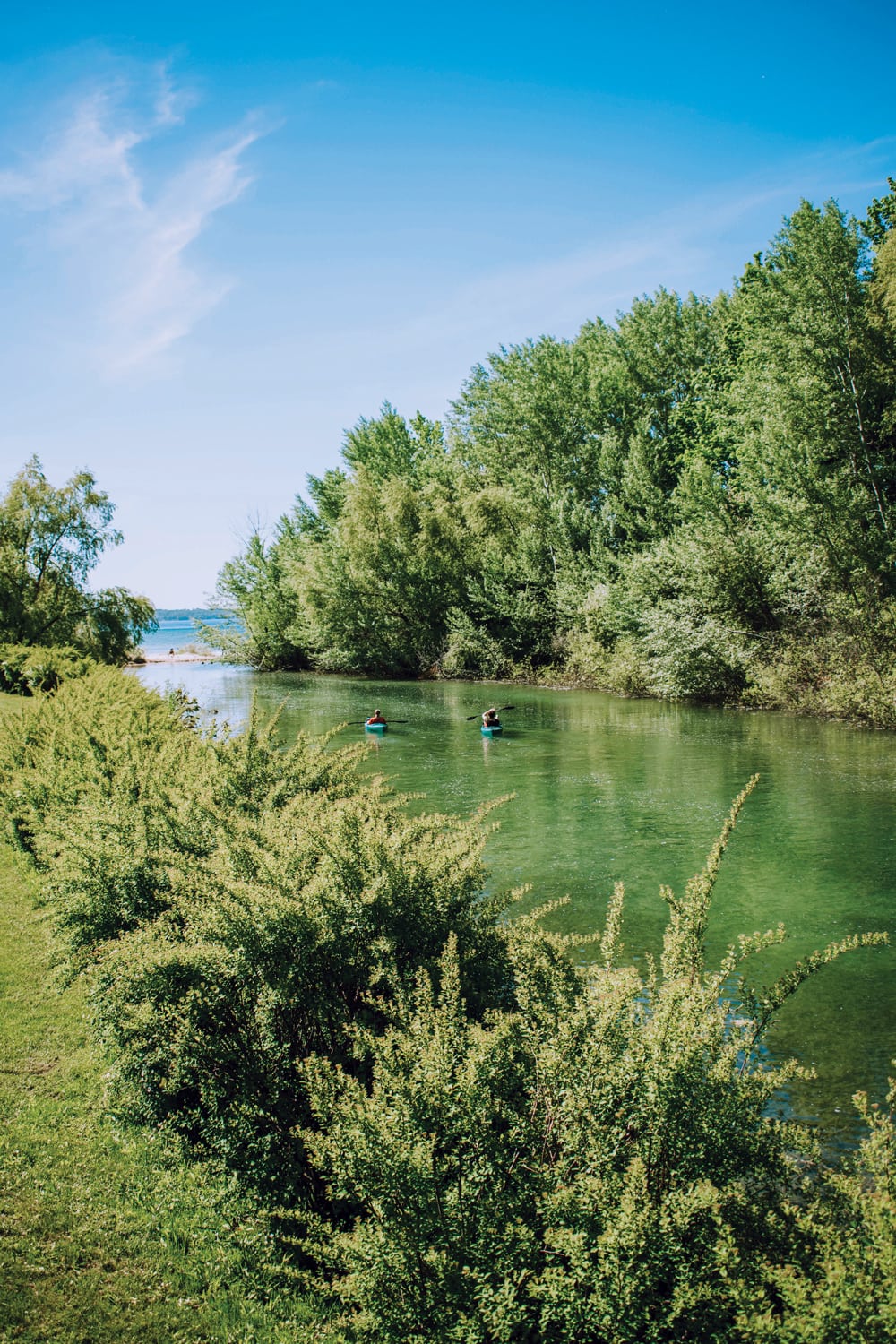