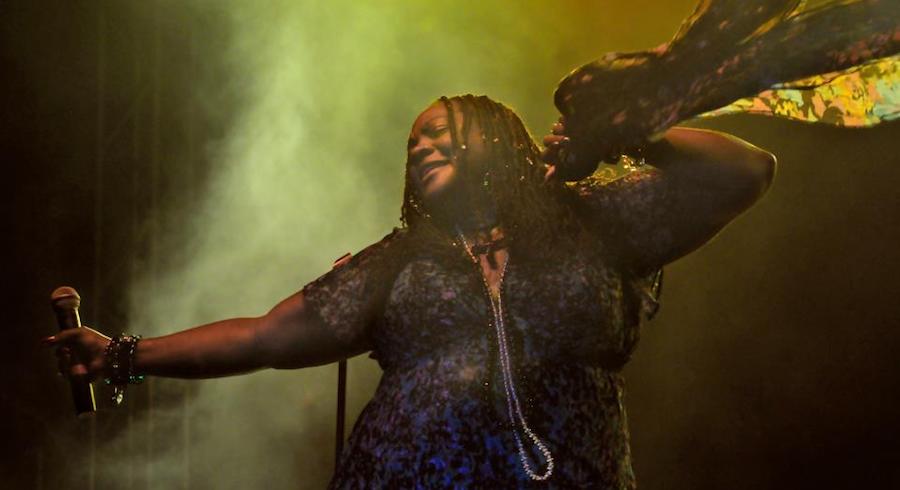 The Queen is coming to Boyne City. Again.

No, not the one from England. One from closer to Northern Michigan, both geographically and in spirit. Thornetta Davis, Detroit’s Queen of the Blues, is performing at Freshwater Gallery December 29. “It will be our Boyne City CD release show. The new album came out in September last year,” says Davis by phone from her home in the Motor City.

Davis has indeed performed previously at the gallery, which doubles as a concert venue several times a year. “Every time we play we have a great time, we get them (the audience) dancing,” Davis says. Never mind that in the close confines of the gallery there isn’t much room for aisles, much less for dancing. “The atmosphere of the gallery—it’s different,” acknowledges Davis. But different in a good way, she assures. “It’s cool to be there. Robin and Tony (owners Robin Lee Berry and Tony Williams) are great.”

Over the course of her career, Davis has sung rock, top 40, r&b, and soul music with a host of groups, including Chanteuse, Big Chief, and the Chisel Brothers. When she finally made the decision to go out on her own, she decided it would be all about the blues. “The roots of music mean everything to me. I feel like God chose me to represent.” And not just the blues, but her home state and city. “I’m a Michigander. I represent Detroit and Michigan,” she says. 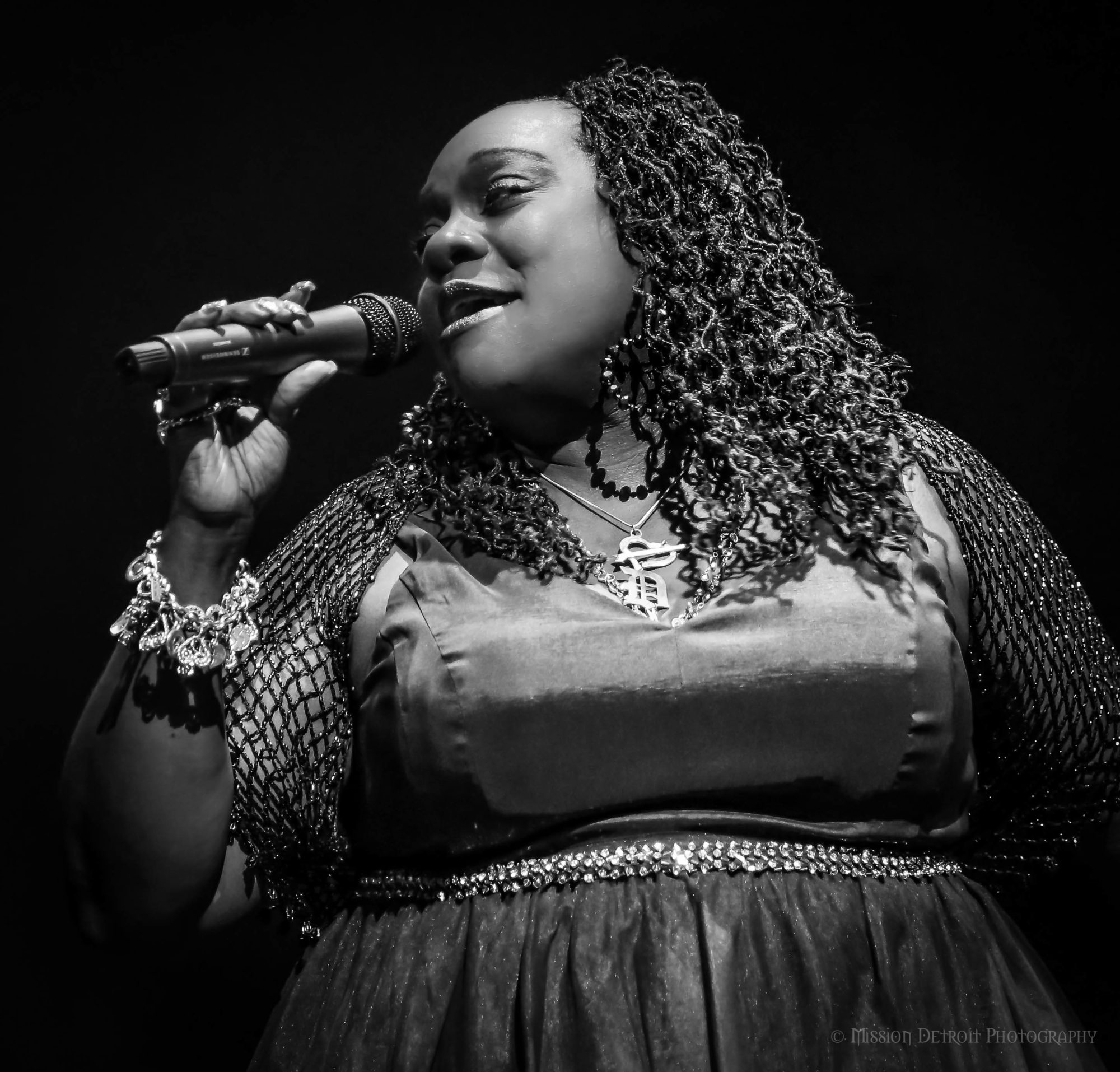 About that queen thing—it’s official. In August of 2015, Davis was crowned “Queen of the Detroit Blues” at the Hastings Street Ballroom. Alberta Adams, Detroit’s previous Queen of the Blues, died in 2014, and local blues buffs in Detroit decided they needed to name a successor. “It means a lot to keep the music alive,” Davis says. “Big Mama Thornton, Koko Taylor, Etta James, Sippie Wallace—I’ve got them all in my iTunes. When I came up, everybody was doing Koko. I got to meet her and started doing ‘Wang Dang Doodle.’ It’s a good party song.”

Davis says she came out of high school knowing she wanted to sing, but it was a long road to success. “I went to jam sessions and ended up in a band that was working. That was the Chisel Brothers.” She performed with the band and eventually recorded her first album, Sunday Morning Music, in 1996. The HBO Series The Sopranos picked up “Cry” from that album and Entertainment Weekly magazine gave the CD a very positive review.

Despite that, it took Davis another 20 years to record and release the follow-up, which Blues Blast Magazine calls “upbeat, cool, and a lot of fun” from a “fantastic diva of the blues.” Davis says it took so long in part because of the changes in the music industry: label consolidation, mandated playlists at radio, streaming, and a lack of interest and support. Those changes in total meant she had to write, arrange, and pay for the album herself. She also manages herself, doing her own booking and marketing, using social media to connect with her fans.

Despite the obstacles, she encourages others to stick to their guns when it comes to their music. “Do the shows. Don’t give up. You can commit to your fans and stay with it.”

What keeps her going? “The love of music. And I ain’t rich yet,” she says with a laugh.