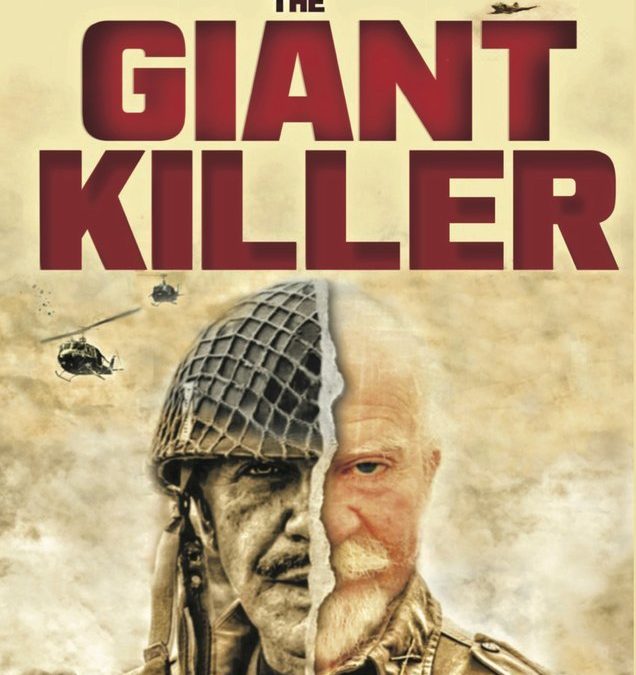 Author David Yuzuk with Neil Yuzuk shares the true story of the smallest man to ever serve in the U.S. military—Green Beret Captain Richard J. Flaherty. The book, The Giant Killer, is published by Mission Point Press of Traverse City.

Miami Police officer David Yuzuk befriended Richard J. Flaherty when Flaherty was living on the streets. After 15 years of friendship, Flaherty finally confessed, “It’s time I tell you who I really am.” Only 10 days later Flaherty would be killed in a mysterious hit and run.

Yuzuk made an award-winning documentary about Richard Flaherty’s incredible life story called The Giant Killer (released in 2018; available on Amazon & iTunes). His new book adds shocking new facts and details to the story told in the documentary. (The book is available for preorder; publish date May 9.)

At 4’ 9” and 97 pounds, Richard J. Flaherty was the smallest and most unconventional man to ever serve in the U.S. military and needed a congressional waiver just to enlist in the Army. Bullied and ridiculed at boot camp, Flaherty nonetheless achieved the kind of stature that’s only dreamed of: He became a Green Beret captain, earning the Silver Star, two Bronze Stars and two Purple Hearts for his actions in Vietnam. 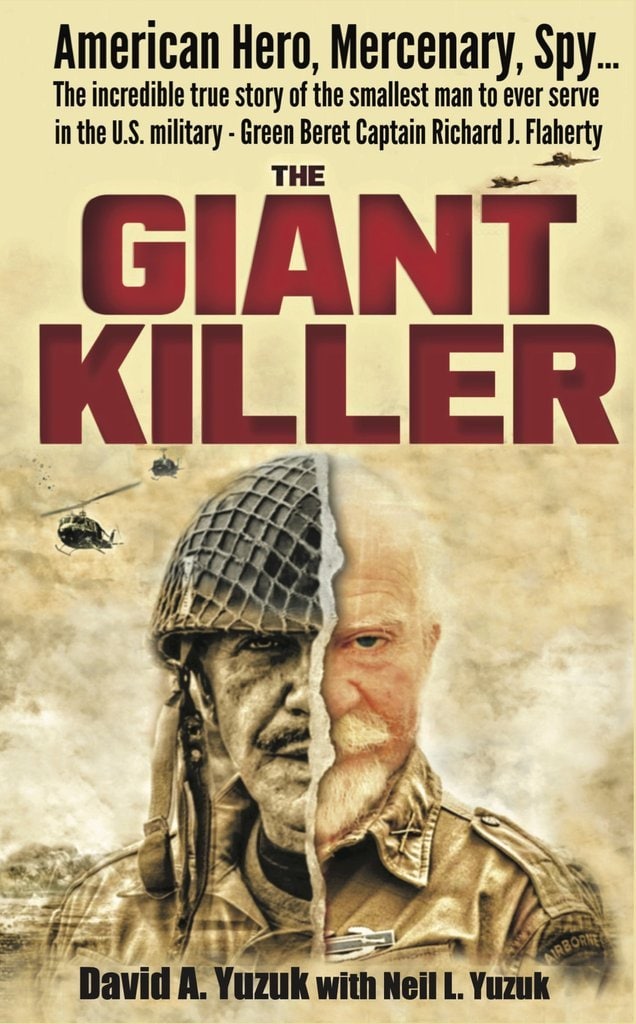 His decommission in 1971 was unexpected and devastating, and Flaherty sank into the murky world of mercenary work. But he gained a reputation for intelligence, and the CIA recruited him to supply the Contras in Central America. So began a wild adventure involving guns, cash, cocaine and HALO jumps into the Everglades. All of that ends when he’s arrested for possession. Abandoned by the CIA, Flaherty discloses a smuggling ring stealing tons of explosives including weapons of mass destruction from inside a U.S. Army base and signs on to the ATF.

After Flaherty’s death, Yuzuk kept digging, researching and confirming. He located witnesses and found documentation in a storage unit that revealed that even while homeless, Flaherty was still conducting clandestine missions around the world—Cambodia, Iraq, Jordan, Venezuela—but who was he working for? The CIA? Private contractors? Or were his missions something much darker?

“My three-year journey of discovery dragged me down the rabbit hole of CIA conspiracies and the hunt for stolen classified weapons—stretching from the bloody jungles of Vietnam to the dangerous streets of Iraq and Venezuela, all in search of the peripatetic Green Beret Captain Richard J. Flaherty,” Yuzuk says. “He told me not to look into his undercover work … But I promised Richard before he was killed that I would get his story out to the world and my soul won’t rest until I do. He did good things, he did bad things, but his story needs to be told.”

The Giant Killer is published by Mission Point Press of Traverse City, Mich. Learn more about the book: smallestsoldier.com

“You are holding in your hands an amazing journey into a world of puzzles, intrigue and mystery. Be assured: David Yuzuk’s compassionate and exacting hand as a police detective, and his brilliant gifts as a storyteller, guide us through worlds we didn’t know existed, but which he snaps to page-turning life. Giant Killers are among us—Yuzuk walked with one and returned with this tale.” — Doug Stanton, #1 New York Times-bestselling author