“The Legend of Sleeping Bear” Gets a Sequel 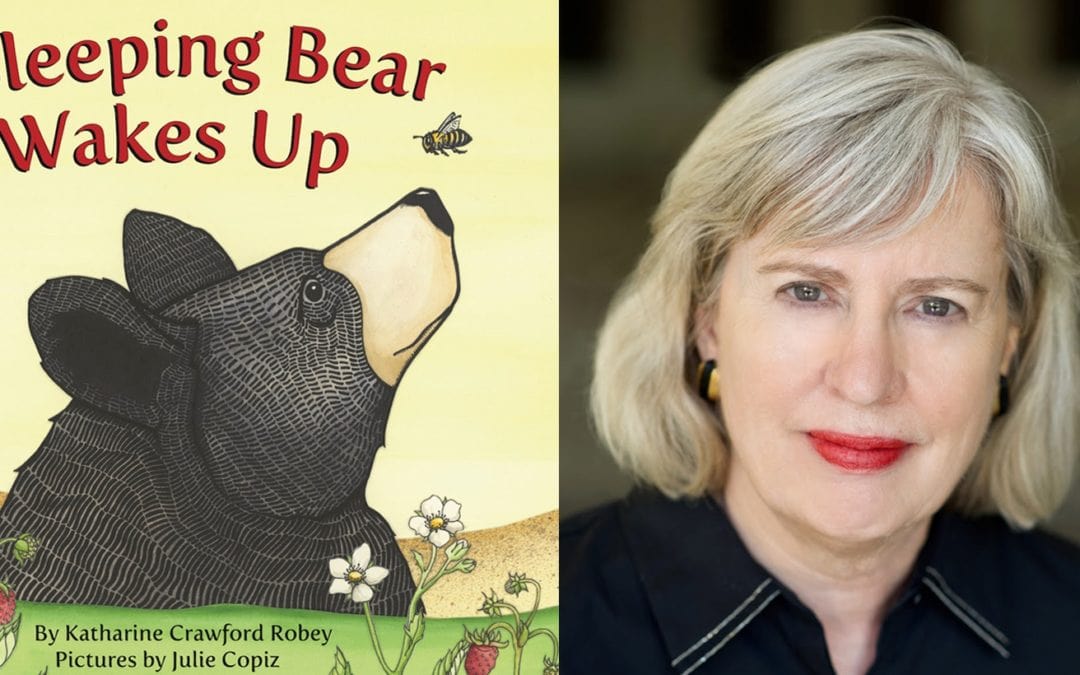 Author Katharine Crawford Robey has been thinking about The Legend of Sleeping Bear by Kathy-jo Wargin her entire life. Her sequel, The Sleeping Bear Wakes Up, honors the original while offering readers a new ending.

Robey’s roots run deep at Sleeping Bear. In the 1930s, her grandparents built a log cabin near what is now the national park, and the family has spent summers there ever since. Robey grew up in Wisconsin and made the trip to Michigan along the same route as the bears in her story, albeit on an overnight car ferry and not swimming across Lake Michigan. “Through the years, the shape of Sleeping Bear Dunes has changed. My story reflects that.”

Robey’s family, through five generations, passed on The Legend of the Sleeping Bear, but Robey, like many children, found the legend unsettling.

“I’ve been thinking about a sequel for several years,” Robey says. “We all thought the legend ended on a wistful note and so I gave the sequel the theme of the redeeming power of love.”

The sequel, The Sleeping Bear Wakes Up, honors the legend, says David Diller, director of the Glen Lake Library in Empire.

Robey’s book, illustrated by Julie Copiz and published by Mission Point Press, gets children thinking. The books help readers to imagine their own stories, craft different endings, contemplate unending love and gets them acquainted with the natural bounty of Sleeping Bear Dunes National Lakeshore.

Katharine Crawford Robey is the author of two other children’s books, Hare and the Big Green Lawn and Where’s the Party? She also writes for adults; her collection of short stories—three of which are set in Sleeping Bear Dunes National Lakeshore—is called Cardinal Coat and Other Stories, and she has written plays as well.

Robey lives in Empire, Michigan, and Atlanta, Georgia. She hikes Sleeping Bear Dunes as often as possible and teaches a young writers workshop at the Glen Lake Library for children ages 9–12. Illustrator Julie Copiz received an MA in Children’s Book Illustration from the Cambridge School of Art in England. She has done a variety of freelance art projects, but this is her first book. Copiz grew up outside of Washington D.C. but recently moved to the Traverse City area.

The book is available at local stores and online.