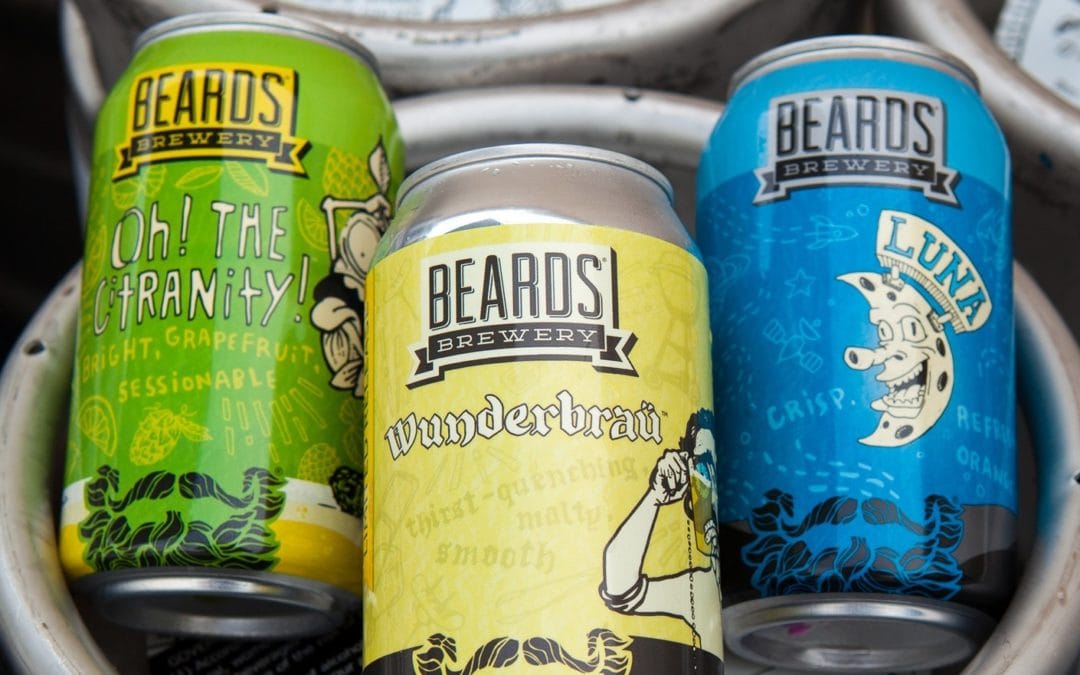 Chase down a summer buzz with these seasonal suds from some of the North’s local craft brew houses. (The best summer beers should be enjoyed outdoors with friends. We recommend these 10 stunning spots in Northern Michigan.)

This brew file is featured in the July 2017 issue of Traverse, Northern Michigan’s Magazine. Subscribe for more on the North’s craft beer scene. 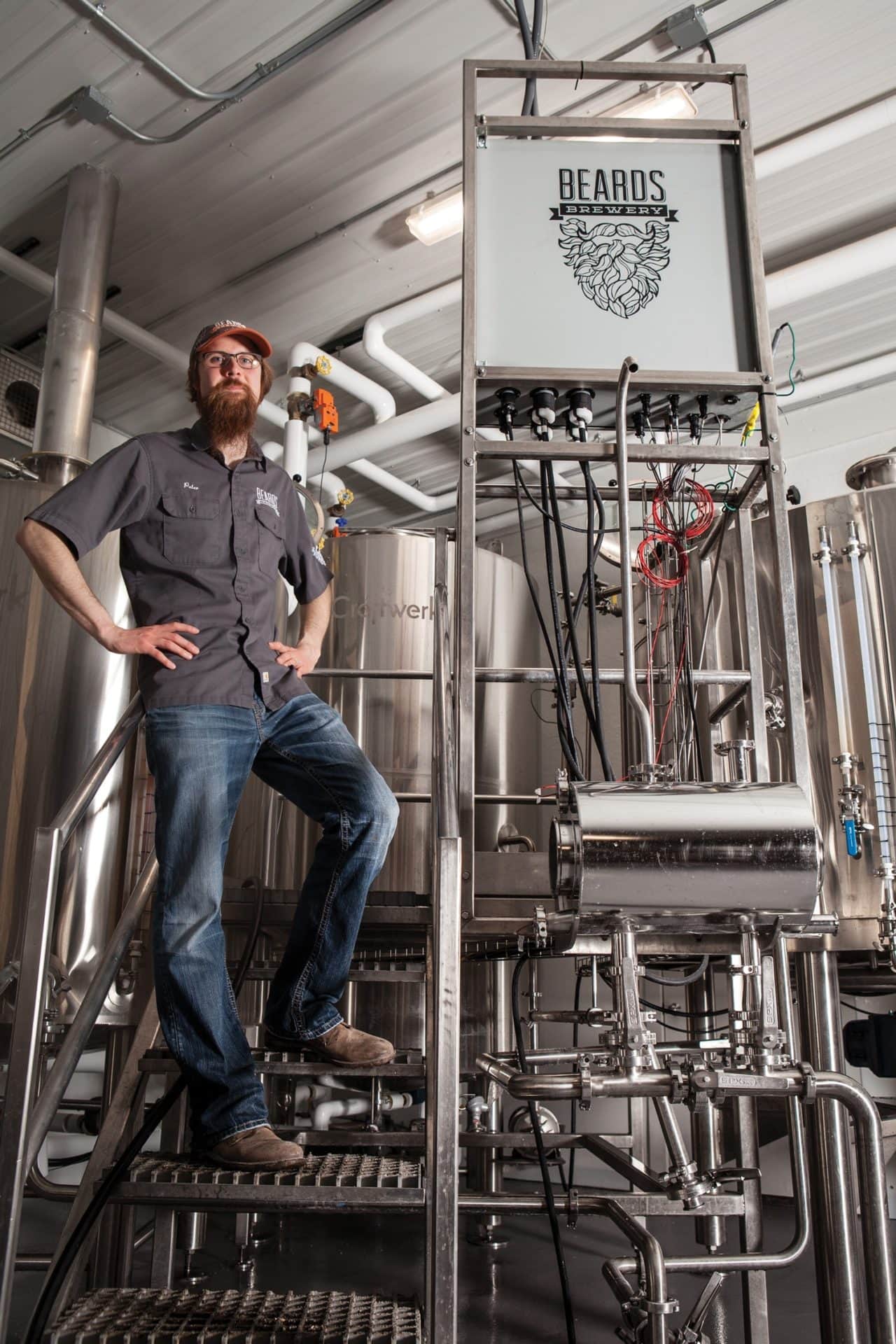 Petoskey native Peter Manthei exorcised his teenage angst by baking and brewing badass coffee. This impulse toward flavor-building led to home brewing during college in Santa Barbara, where he hung around Telegraph Brewery to learn the hops craft. Peter, along with his business partner, Ben, launched Petoskey’s Beards Brewing in 2012. We catch up with P-Town’s self-taught brewmeister to talk about Beards’ new digs and learn how to drink beer in the summer.

Beards has gone big with a new location. What should we expect?
We were always interested in adding a full restaurant component to the brewery, and the old Whitecaps building gives us that. The design is meant to feel outdoorsy indoors, so we’re utilizing a lot of wood, stone and natural elements; products made here in Northern Michigan.

Can we drink outside and look at the water?
Yep. We’ll have 24 taps and an outdoor patio facing the bay.

Running with the beer and bay motif, tell us what goes into the best summer beers?
In the summer I really think about drinkability and portability. This means beers that are refreshing, not super high in alcohol, with bright fruity notes. We just took the plunge into canning, which is where the portability comes in.

Suppose we commit an entire July day to drinking Beards, how does that look?
I’d start with our Wunderbraü Cream Ale, which is a good session beer for the beach and pairs easily with picnic food. A wheat saison like Luna is light and refreshing for afternoon, and then I’d switch over to Serendipity Porter when the sun goes down to go with campfire s’mores. 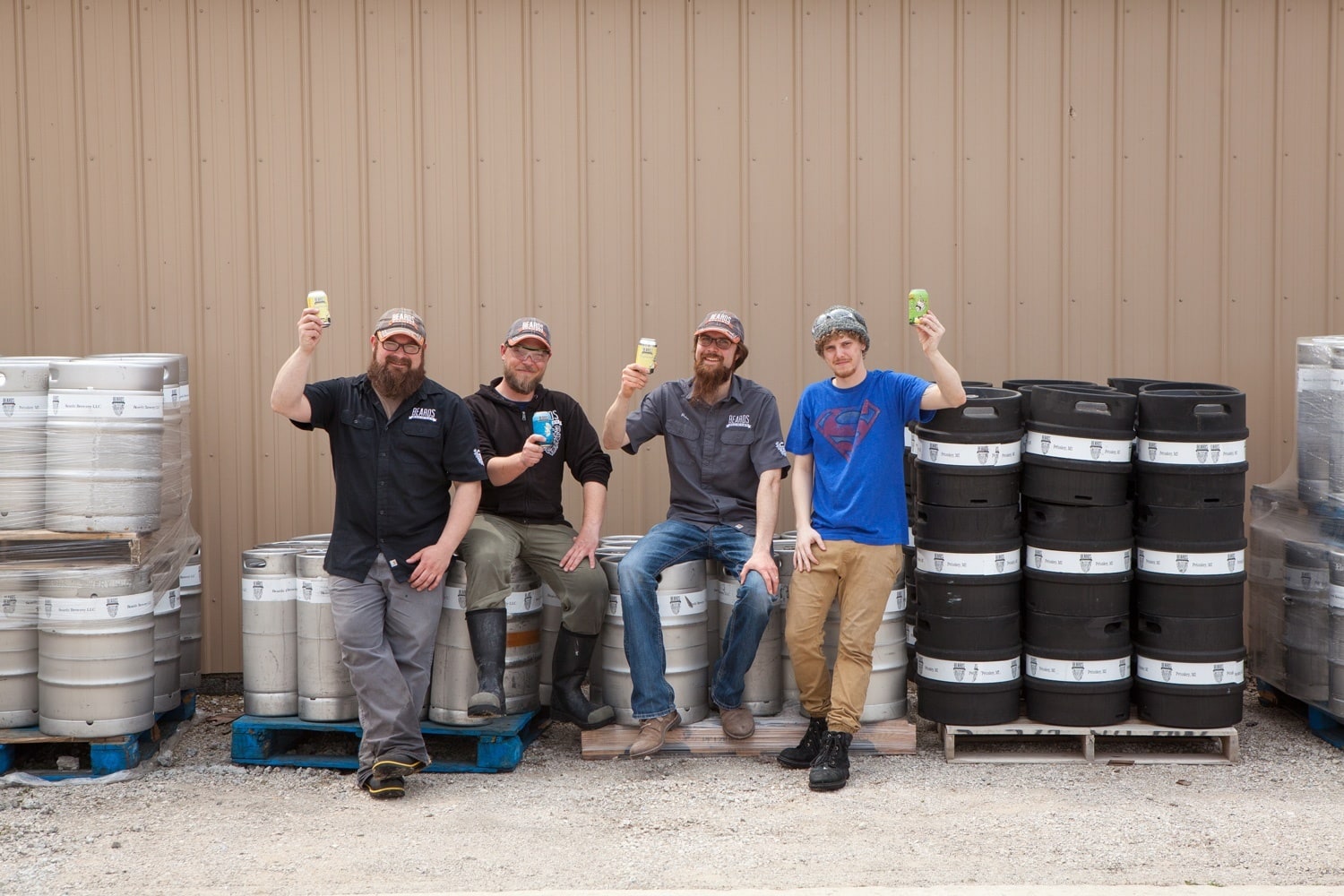 The crew at Beards Brewing.