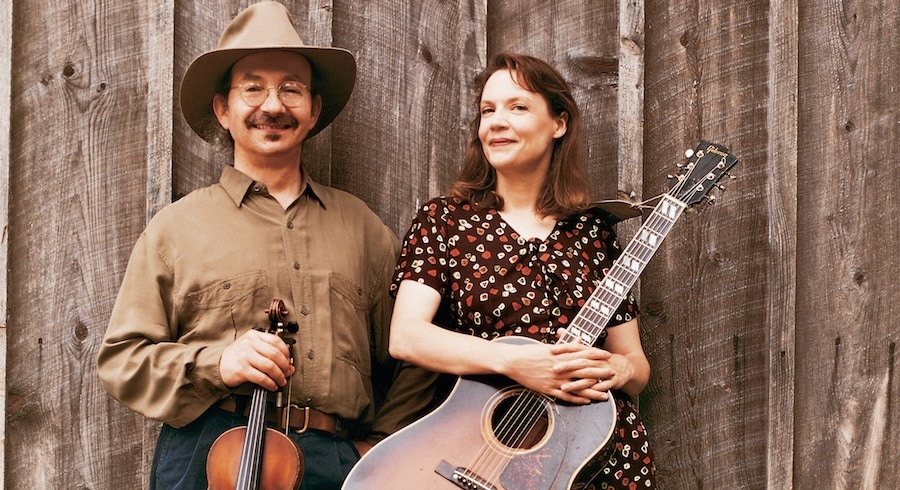 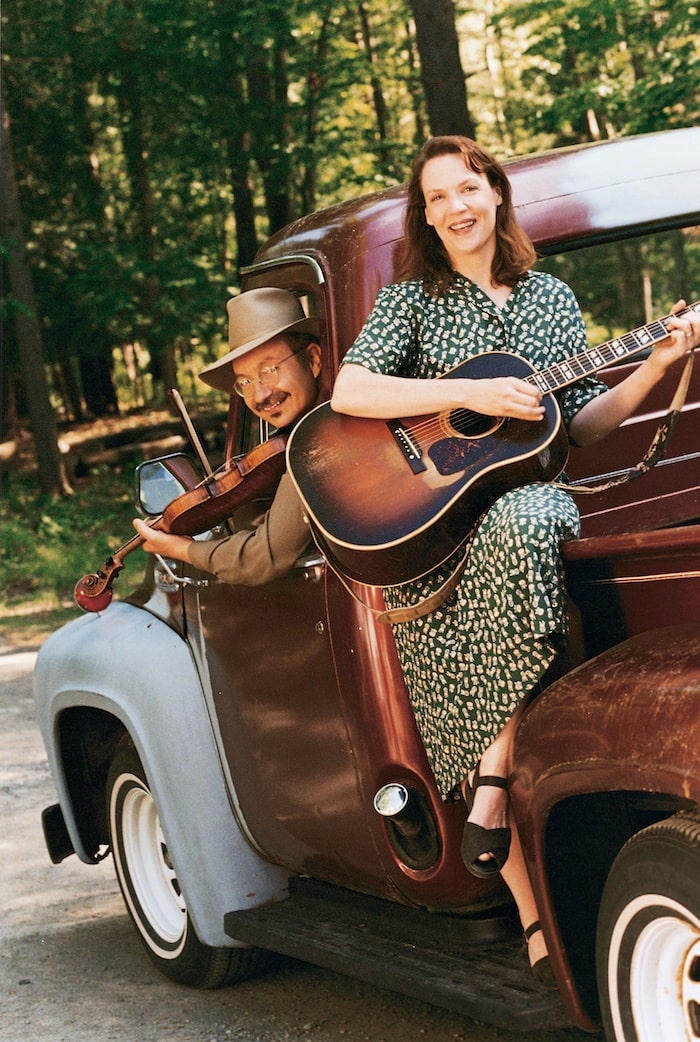 Fiddler Jay Ungar, the son of Jewish immigrants, was a Bronx kid raised on the pop music of the 1940s and ’50s and traditional Hungarian and Macedonian music. While attending the High School of Music and Art he was introduced to bluegrass and folk music. In the early 60s, Ungar traveled to North Carolina and Tennessee in search of traditional players. Returning to NYC, he hung out in Greenwich Village coffeehouses and turned to rock as well, co-founding Cat Mother & the All Night Newsboys.

Across the country, guitarist (and occasional bassist) Molly Mason grew up in Washington State. She had a fondness for traditional fiddle music and ’30s and ’40s popular tunes. She played clubs and colleges on the West Coast and took a liking to the jazzy sounds of the Swing Era. The two met by chance while performing at the Towne Crier, a rural New York club. They hit it off musically and played together from time to time until Mason headed off to Minnesota to work in the house band of a new radio show, Garrison Keillor’s “A Prairie Home Companion.” Since joining forces, first artistically and then romantically (the two married in 1991), Jay Ungar and Molly Mason have become one of the most celebrated duos on the American acoustic music scene.

Traditional folk and bluegrass with some pop and swing influences

Everything from traditional European music to mournful folk music to American styles from days gone by, whether it’s Woody Guthrie or Benny Goodman 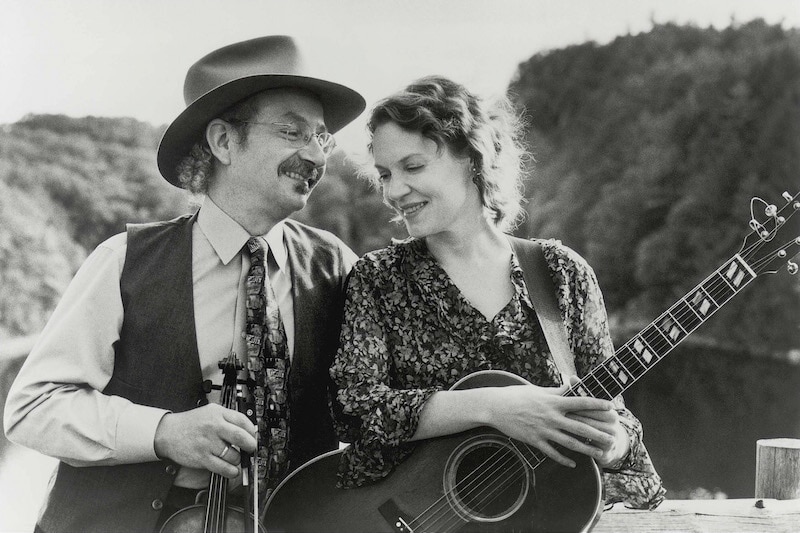 In the early 80s, Ungar put together a band with fellow fiddlers Evan Stover and Matt Glaser and guitarist Russ Barenberg called Fiddle Fever. Mason signed on to play upright bass, and the group recorded two LPs. In 1984, Glaser and Barenberg were working with a young filmmaker on a documentary called The Brooklyn Bridge. They gave Ken Burns a copy of Fiddle Fever’s second LP, Waltz of the Wind, which included Ungar’s “Ashokan Farewell.” Burns was so taken with the evocative and haunting melody, he used it in his next film, Huey, about Louisiana Governor Huey Long. He’s since asked Jay and Molly to provide music for many of his projects. The high point to date of this long relationship was the selection of “Ashokan Farewell” as the main theme of Burns’ landmark PBS documentary The Civil War. The music was nominated for an Emmy and the soundtrack album won a Grammy. Now considered an American folk classic, “Ashokan Farewell” is played by fiddlers and classical musicians worldwide. It has been performed by major orchestras and has been recorded by artists from traditionalist Mark O’Connor to classical violinist Pinchas Zuckerman, flutist James Galway to jazz guitarist Charlie Byrd, even polka king Jimmy Sturr. The duo has also provided music for film soundtracks such as Legends of the Fall and Brother’s Keeper.

“As composers, virtuosi and folklorists, this duo light up the concert stage and are a sure-fire hit for all music loving audiences.” – Composer, folk singer and jazz musician David Amram

“There are timeless renditions of hard-driving Appalachian melodies, Cajun and Celtic fiddle tunes, stirring Civil War classics, sassy songs from the golden age of swing and country, stunning waltzes and moving original works. Wit, warmth and consummate musicianship add up to an exciting evening that cheers the heart and feeds the soul.” – NJ.com on a Jay Ungar and Molly Mason show

Tickets are $27 in advance, $30 at the door, $24 for Museum Members plus a $2 processing fee. Available at MyNorthTickets.com.

More Things to Do in TC: