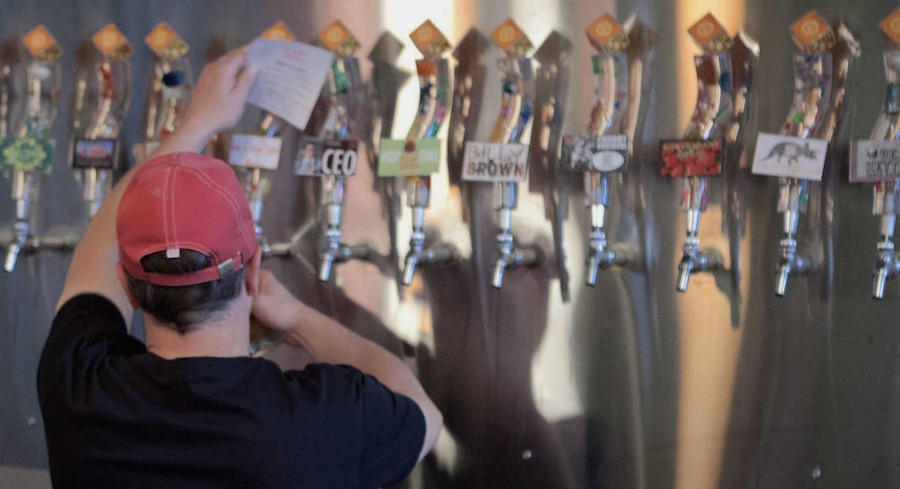 The burgeoning craft beer scene has birthed Traverse City Beer Week, beginning this year on Friday, November 11. For the past three years, people have traveled from near and far to imbibe the region’s intoxicating brews, from the rare (as in Rare Bird) to the smartest (Right Brain, anyone?). Whether it’s one of the ever-increasing number of microbreweries (19 in TC at last count) or the bar on the corner which now has multiple taps of draft, there’s something for every beer aficionado.

The many events throughout the week are intended to educate and offer insight into some aspect of the craft beer movement, a special product or style of beer or a food-beer pairing experience. It’s also a chance for locals to try beers from other breweries around the state, many of which are offered at various venues, and an opportunity for visitors to discover why DRAFT Magazine has named Traverse City one of the country’s “Three Emerging Beer Towns,” while Travel Channel has listed it among the “Top Seven Beer Destinations in North America.”

The show kicks off Friday with a slew of events. A pub crawl sponsored by Short’s Brewing Company runs from 6–10 p.m. Stop by several TC restaurants and bars to earn a passport stamp for your free T-shirt (while supplies last). You can pick up your passport at the Traverse City Tourism Visitor Center or at one of the participating restaurants/bars: Bubba’s, The Little Fleet, U&I Lounge, The Franklin, Brew, 7 Monks Taproom, Firefly, Rare Bird, Union Tap & Grill  and Union Street Station.

The bars aren’t the only places you can indulge. From 2 to 4 p.m., Kap N Keg on 14th Street is hosting tastings from Tapistry, while from 4 to 6 p.m., Eastfield Party Store on Garfield is offering a sampling of brews from Atwater Brewery in Detroit. 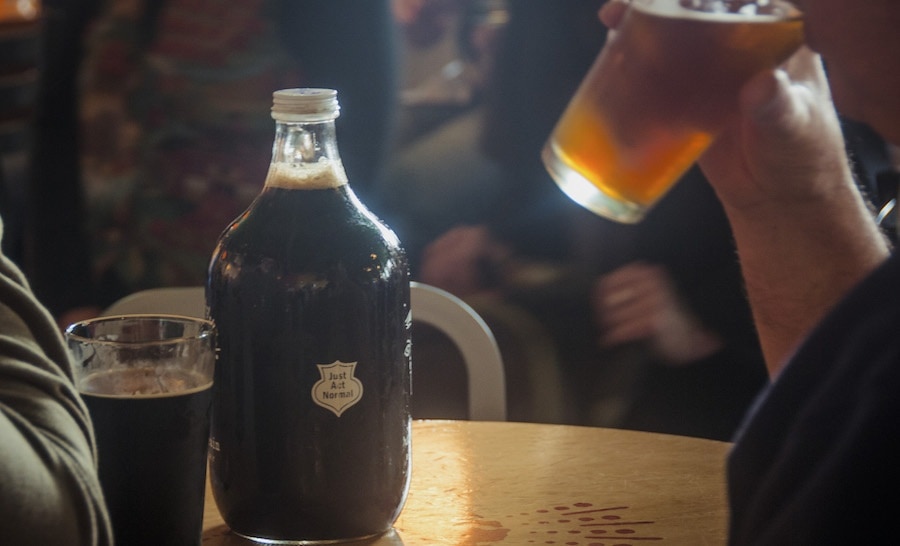 And yes, the party’s just getting started. More stores (Kap N Keg, the Beverage Company on Carver, Francisco’s Market on Silver Lake Road) offer tastings from various breweries throughout the week. More food (on Saturday, Reflect Bistro at Cambria Suites hosts a Short’s Beer Dinner, while Alliance does the same with Stormcloud Brewing). And even more competitions.

At Brew, it’s Tapistry vs. Saugatuck Brewing Company. Or a fight to the finish with BEER vs. WINE at the Boathouse Restaurant, a friendly(?) clash between Bowers Harbor Vineyard & Atwater Brewing Co.  Each course is paired with a wine and a beer—even dessert, with gingersnap cookies, citrus pot de crème and strawberry caramel paired with Pinot Secco & Dirty Blonde Ale.

The Little Fleet offers Founders Bingo Night. Brewery Terra Firma hosts educational events and workshops. All over the city and throughout the week, beers from around the area, the state and the country are front and center, for tastings, competitions and wacky events. For a complete schedule of events, go to traversecity.com/tcbw.