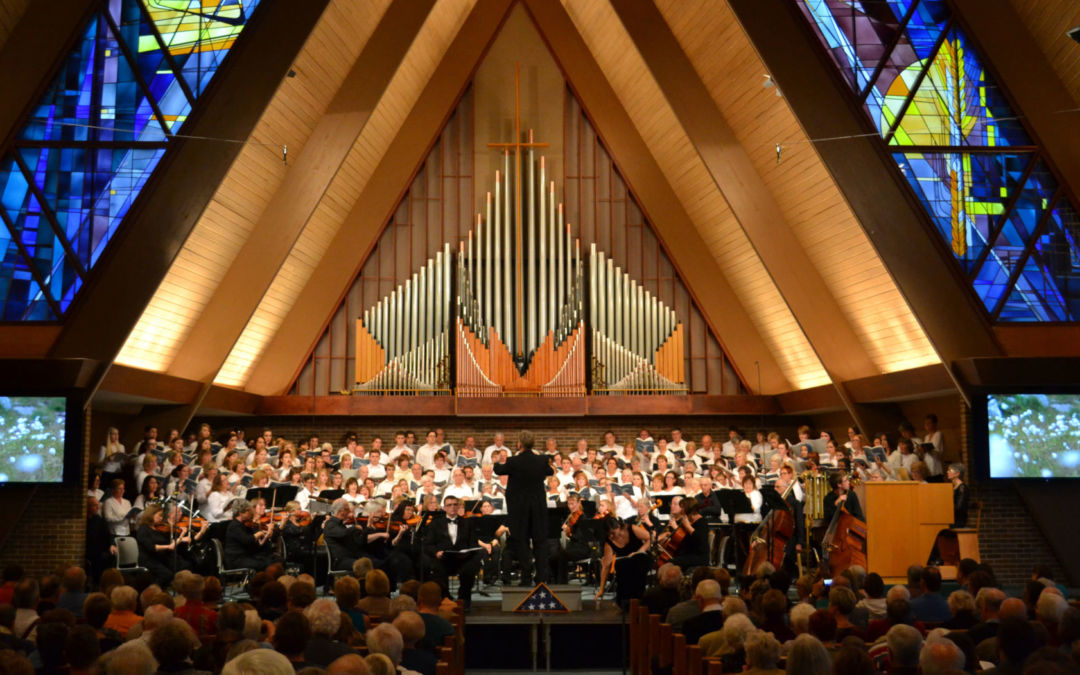 On Sunday, October 26 the Mel Larimer Concert Series will take place at the First Congregational Church in Traverse City. This year’s performance begins at 4 pm and promises to be memorable. After a gap year between this concert series, conductor Russ Larimer said he is looking forward to getting back on the stage.

“I am excited to be back here,” he said. “The first one was conducted by my dad in 1998 and we’ve gone every year since then except for one.”

The concert series is named after his father Mel Larimer who was the Director of Music and conductor of Traverse City’s First Congregational Church Sanctuary Choir from 1997 to 2008, as well as Choral Director and Music Department Chairman at Traverse City High School from 1962 to 1969.

After he passed away in 2008, the Mel Larimer Concert Series Memorial Fund was established so that the community could carry on this tradition and aspiration.
This year’s performance features 150 singers from NMC and the community as well as the professional orchestra of 22 people and the organist, Sally Lewis.

The concert opens with the Grand Traverse Area Festival Choir singing a piece called “Festival Alleluias.” Then two separate choirs from NMC conducted by Jeff Cobb, the Chamber Singers and the Canticum Novum, will each perform two or three pieces separately.

After a quick break in the program, all the choirs will join together to perform the featured piece, “Requiem for the Living.” Larimer will conduct this and said it’s about 40 minutes long.

“It’s all really exciting,” Larimer said. “I think that the audience will be really entertained yet moved.”

Purchase tickets to this concert at MyNorthTickets.com.