How to Avoid Swimmer’s Itch in Northern Michigan Lakes 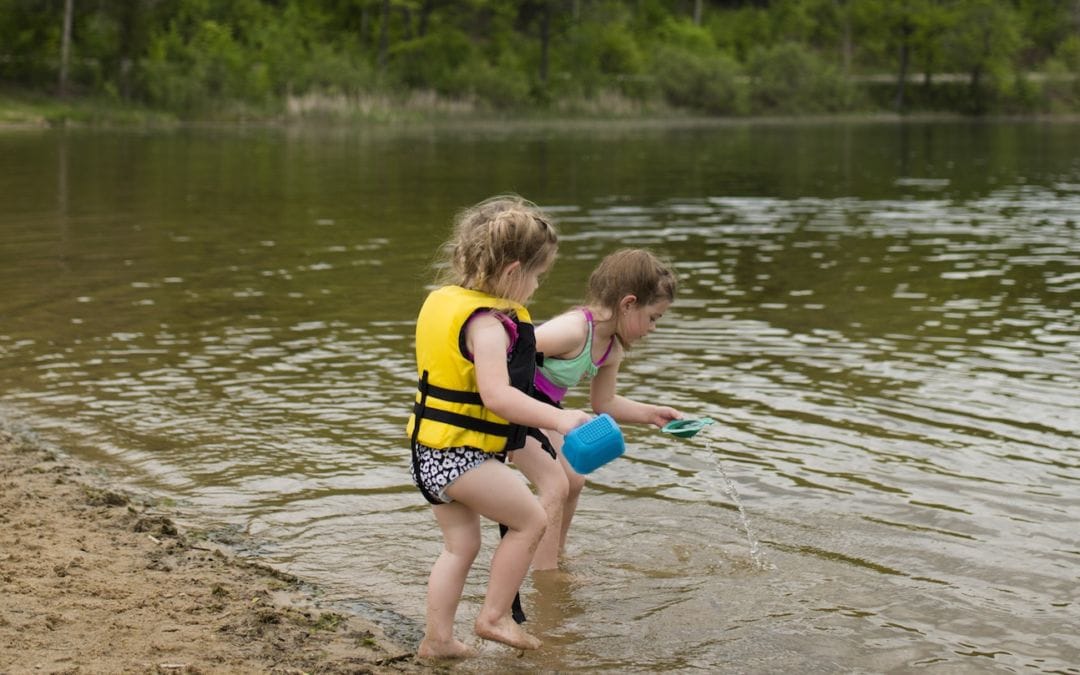 Swimmer’s itch is a perennial problem for kids at Northern Michigan beaches, but there are a few simple steps to keep the itching and scratching at bay during a water-logged vacation. Read on to learn how to prevent swimmer’s itch.

The biological mechanisms of swimmer’s itch are quite complex, and the red, raised bumps that characterize it are a side effect of the life cycles of rather resourceful flatworms that inhabit Northern Michigan lakes.

In its simplest terms, swimmer’s itch is a reaction caused by a parasite entering a swimmer’s body. This unwelcome parasite doesn’t live long in the human body: our immune systems recognize the foreign invader and attack it. Just as our bodies react to mosquito bites by inflaming surrounding tissue, our bodies also react to this parasite by rushing resources to the site of entry, leaving itchy, red inflammation. Swimmer’s itch is an uncomfortable by-product of the human immune system—but it’s certainly better than a flatworm swimming around our bodies. The fact that swimmer’s itch is a human response explains why people react differently, as the reaction is determined not by the invading parasite, but by the immune system’s response of each biologically unique human.

The flatworms in question are called schistosomes; the schistosomes that cause swimmer’s itch are among a genus that is also responsible for more serious infectious diseases, but there is no risk of contracting these other illnesses in a Northern Michigan lake. The life cycles of schistosomes require several host species. In lay terms, here’s how their lives typically work: adult worms live inside of birds (mainly ducks) in the blood vessels surrounding the bird’s intestines. The adults lay eggs into the bird’s intestines, where the eggs hatch in the water after being deposited with the host bird’s feces. The hatched larvae—called miracidia—then swim around in search of another host, this time a snail. The larvae enter the snail, develop, multiply and leave the snail in another form—this time cercariae—which then seek out the avian host to repeat the process.  It is during this third stage, when the parasite leaves the snail in search of another bird host, that misguided cercariae run into unsuspecting swimmers and cause swimmer’s itch. Each red bump represents the entry point of one individual cercaria.

How to Prevent Swimmer’s Itch

There’s no cure-all to eliminate swimmer’s itch. The negative symptoms are, ironically, a problem of our own immune system’s making, and short of abstaining from swimming altogether, there’s a risk of getting swimmer’s itch in a Northern Michigan lake.

That being said, here are a few quick tips to keep it at bay: