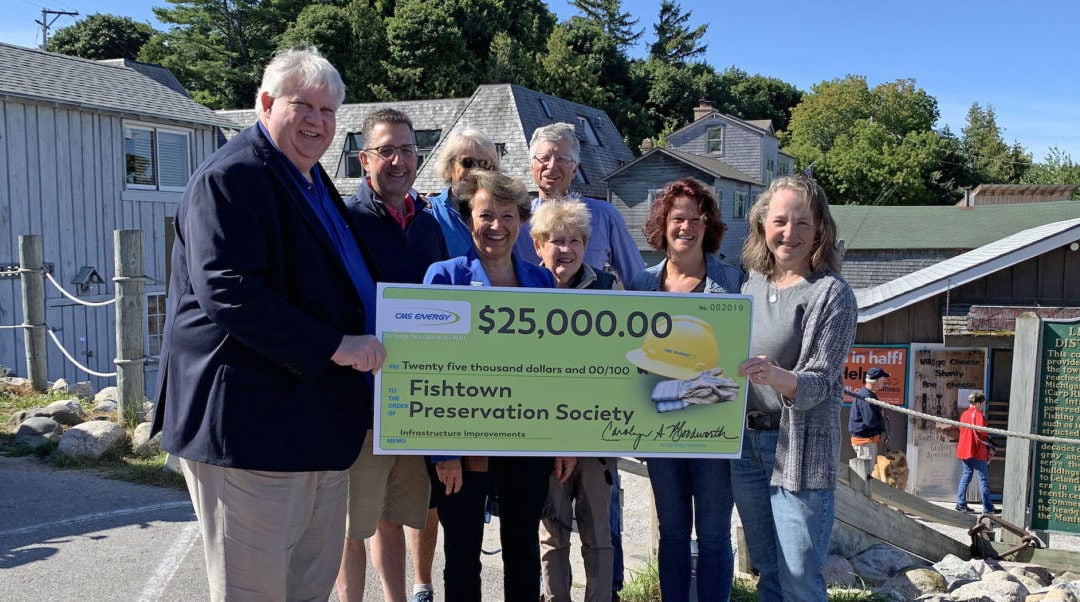 Though the project has been in the planning stages for several years, recent high water levels have made the implementation of the work this fall critical.

Fishtown’s location on the Leland River, exposure to the elements off Lake Michigan and the thousands of annual visitors have an impact on the docks, grounds and buildings. “In the past, the fishermen cared for Fishtown, looking after its every need every day,” says Amanda Holmes, Fishtown Preservation’s executive director. “That has been the responsibility of Fishtown Preservation—and all who love Fishtown—for the past 12 years. It will continue to be our responsibility into the future because Fishtown is a forever project.”

“We can thank our donor base for their vision and steadfast support to have been able to meet this challenge,” Holmes says. “We’re grateful that over the years more and more people have realized they can be and are a vital part of the work of preserving Fishtown. One hundred seventy-eight (178) donors contributed to the Jeffris match challenge, with the Consumers Energy Foundation being one of the final big gifts to complete it.”

In addition to the shanty rehabilitation work, Fishtown Preservation is also raising money for critical infrastructure work. This work includes the installation of a new entryway with barrier-free access, resolution of drainage issues, landscaping and dock replacement. Due to the higher lake levels, the need is more urgent than ever. Total project costs are now estimated at more than $2,000,000. Fishtown Preservation’s Campaign for Fishtown has raised $600,000 in cash and pledges toward the projects.

For more information and to support The Campaign for Fishtown, visit this website. To see the project plans or to schedule a tour with Amanda Holmes, call 231-256-8878.

So Many Reasons to Love Fishtown!