A Grand Hotel Lego Kit? We Want One! Vote Here to Make it Happen 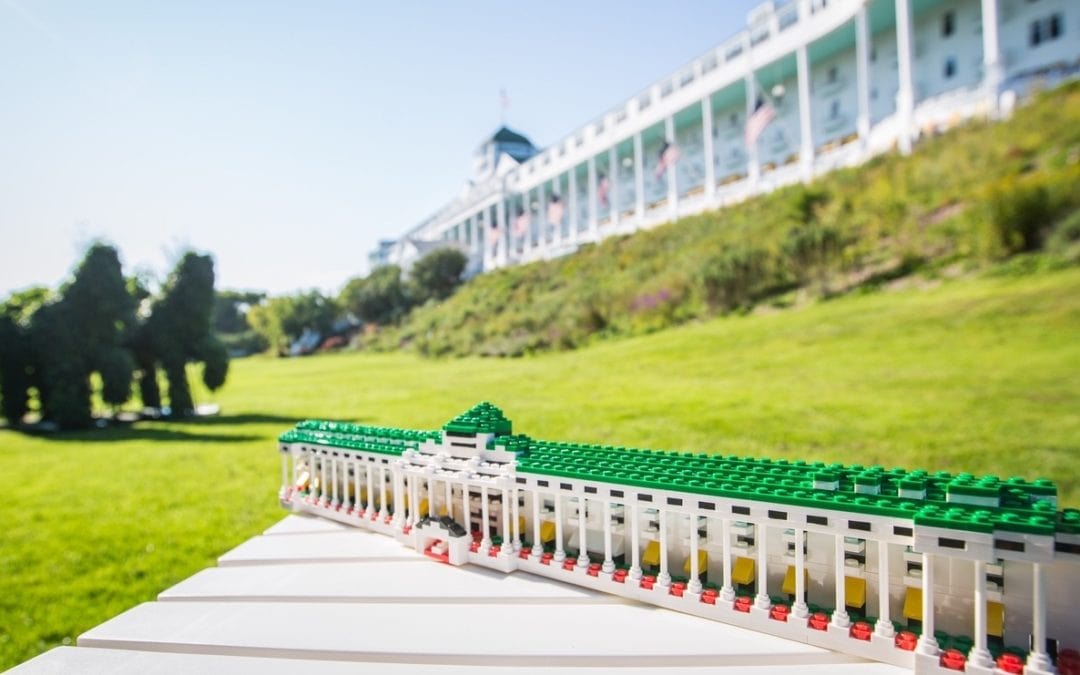 Vote now to turn a LEGO model of the historic Grand Hotel into a special kit available for purchase!

Michigan’s Grand Hotel on Mackinac Island has been transformed into a LEGO model that could become a kit available for purchase. Through the LEGO Ideas program, members of the public have the chance to vote on the iconic resort LEGO design created by engineer Dr. David Lorch of Ann Arbor.

“Grand Hotel and Mackinac Island have always been a great place for families, and we love the idea of turning our wonderful building into a LEGO kit,” says Dan Musser III, President and owner of Grand Hotel. “The hotel’s classic architecture and iconic front porch are immediately recognizable as a LEGO set, and we believe the young and the young at heart would enjoy building Grand Hotel.”

The LEGO design of Grand Hotel was created by David Lorch, an engineer and LEGO enthusiast. Initially, Lorch created a 9-foot-long version of Grand Hotel in time for the resort’s 130th birthday in 2017.

In order to have the LEGO Grand Hotel design turned into a LEGO kit, the design will need to earn 10,000 supporters. The first stage, which requires the product idea to secure 100 supporters in the first 100 days is complete, and the model now has approximately two and a half years to achieve milestone votes of 1,000, 5,000, and eventually 10,000 supporters.

Individuals can vote by creating a LEGO profile at ideas.lego.com—click “support” and it’ll start the process. Note from the MyNorth editors: It takes a minute to create an account, which will require your email address, but it’s really easy—so vote! (We really want this kit!)

The 393-room hotel is third-generation family-owned, a National Historic Landmark and a proud member of Historic Hotels of America. Grand Hotel has been one of America’s premier summer vacation spots since it opened on July 10, 1887, to receive vacationers who arrived by lake-steamer or by rail. Throughout its history, Grand Hotel has hosted dignitaries from around the country and the world, including five U.S. presidents.

Adore The Grand? We Do, Too!