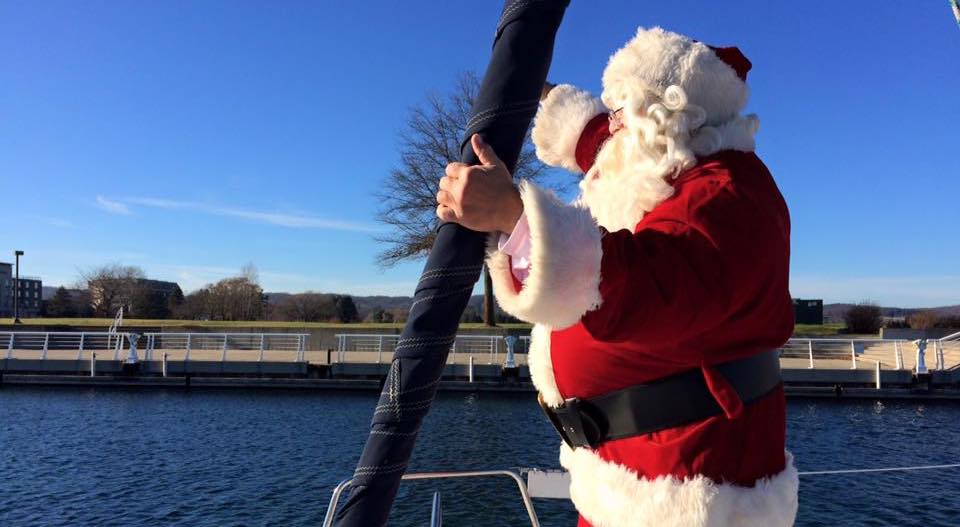 Beginning in 1997, Captain Dan Spyhalski and his crew of merry elves have been delivering Santa Claus to the Grand Traverse Yacht Club via sailboat for the yacht club’s annual Kid’s Christmas Party. 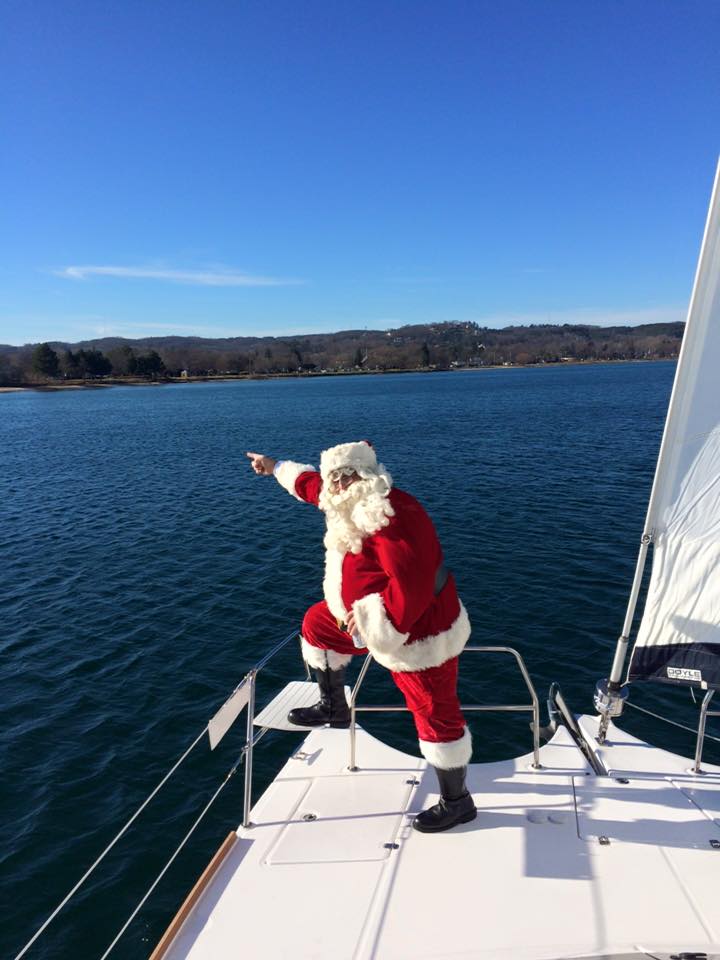 This Saturday, December 2, marks their 20th year bundling up to sail West Grand Traverse Bay with Santa onboard. Captain Dan, who is a longtime sailing instructor at Great Lakes Sailing Co., will take the helm of a 45’ Great Lakes Sailing Co. sailboat, and sail from Centerpointe Marina down to Clinch Marina where passerby’s honk and stop to get a glance at Santa waiving from the bow.

They will then head back north toward the Grand Traverse Yacht Club where Santa carefully boards a dinghy and is whisked ashore to an excited crowd of kids watching for his arrival.

Captain Dan, Santa, and his rosy-cheeked crew will cruise through Clinch Park Marina around 1 p.m. Santa’s arrival at the Grand Traverse Yacht Club is scheduled for approximately 2 p.m., which is open to the public.

Come on down to Clinch Marina or the Open Space to get a glimpse and some photos of Santa and his crew as they enjoy a December sail on West Grand Traverse Bay!

Check out these festive holiday events in Traverse City and across Northern Michigan!