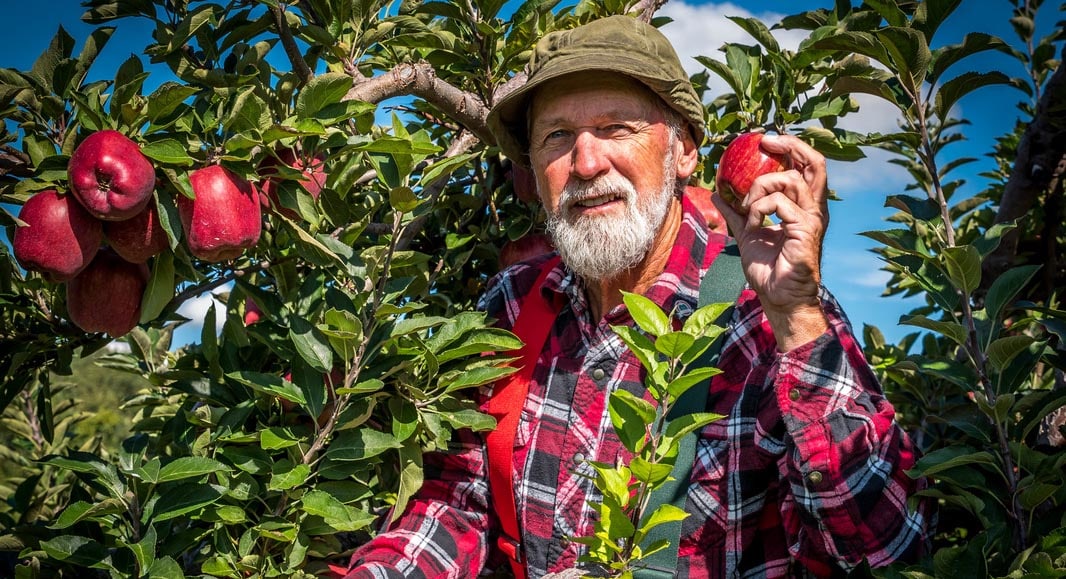 After 20 years on TV from the infamous “Possum Lodge,” the handyman who believes that “anything is possible if you use enough duct tape” is back, focusing on “Red’s Life” with a few new side steps! Red Green, the king of duct tape and longtime host of the comic home improvement program The Red Green Show, will appear at the Kirtland Center for the Performing Arts May 7.

MyNorth Media entertainment writer Ross Boissoneu explores his career with us before the Northern Michigan event.

Steve Smith had a successful entertainment career, first in a rock band called Jason, then in a series of comedy shows in his native Canada. The character Red Green originally appeared on the sketch show Smith & Smith, co-starring his wife Morag. Smith & Smith led to Me & Max (a sitcom starring the Smiths and their children Max and David), then back to a revived version of Smith & Smith now dubbed The Comedy Mill.

Following that, Smith wrote for other television programs, before launching The Red Green Show in 1991. Half sitcom and half sketch comedy, the program was a parody of home improvement, do-it-yourself, and fishing and outdoors shows, especially another Canadian program, The Red Fisher Show. It ran until 2006 and was picked up by many PBS stations in this country. Red also starred in a movie, Duct Tape Forever.

The Honeymooners, The Second City, The Red Fisher Show

The Red Green Show typically moved through several segments starring other recurring characters, such as “Handyman Corner,” “Adventures with Bill,” and “The Possum Lodge Word Game.” The latter took place at the Possum Lodge, a men’s club similar to other such parodies, including the Loyal Order of Raccoon Lodge from Jackie Gleason’s The Honeymooners.

The “I’m Not Old, I’m Ripe” tour finds Green reprising many of the comedy bits as it focuses on Red’s life, with a few side trips. Given the program’s Canadian roots, one might expect a connection to hockey, and it obliges. Christopher Redvers “Red” Green played for and had his professional start with the Hamilton Tigers shortly after the NHL was formed in the early 1900s; the Red Green Show had its start in Hamilton almost 75 years later. Brian Elliot, the son of longtime director William G. Elliot, is a goaltender for the NHL’s St. Louis Blues. Green replaces Jeanne Robertson, whose show was canceled due to Robertson’s health issues.

“Remember, you may have to grow old, but you don’t have to mature.” – Red Green

“Once in a while, somebody will come up to me and say, ‘Ya know, your TV show is kinda goofy.’ Actually, I take that as a compliment.” – Steve Smith