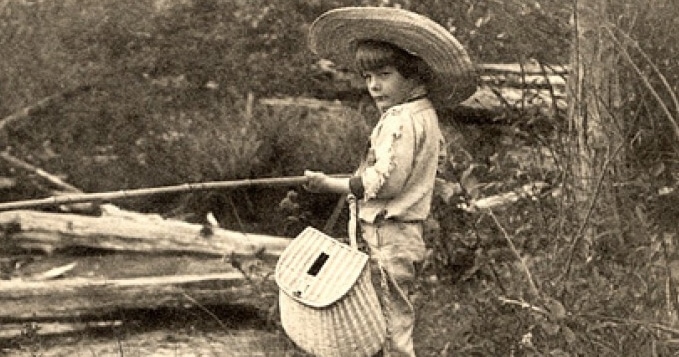 PETOSKEY: The Perry Hotel is hosting its 1st Annual Hemingway Birthday Celebration in downtown Petoskey on Tuesday, July 21, 2015 to benefit the local production of a new documentary about Ernest Hemingway’s early life in northern Michigan.

The event begins with a 6 p.m. social hour followed by dinner and a preview screening of scenes from “Young Hemingway:  Finding His Muse in Northern Michigan.”  The documentary is being written and produced in Petoskey by George Colburn and a production team that features the talents of many local residents.  The film has just finished its “principal photography” phase, Colburn said, “and we want to share some of the footage with our friends and neighbors.”

“It was an easy decision to host the preview at Stafford’s,” Colburn said, “because of its location in city center where Hemingway spent a great deal of time – socializing with friends, gathering ideas for his early Nick Adams short stories, and fine-tuning his writing.”  And, he noted, Hemingway even stayed on occasion at the hotel; you can find his name in the registry.

The documentary is entering its post-production editing phase this summer, Colburn said.  “We hope to hold the world premiere here in Petoskey on Hemingway’s birthday next year.”  The program is scheduled ultimately for public television, Colburn added, “probably in the spring of 2016 if a national television sponsor is located yet this year.”

Proceeds from the Perry event will help finance early post-production work that will take place in the Petoskey studio of Starbright Media Corporation, the producing entity for Contemporary Learning Systems, Inc., the non-profit company that created the project.  “Our thanks go out to the Perry for its contributions to the success of this local television project,” Colburn said.  “Money for this project is mainly spent locally on personnel and services,” he added.

The hotel was an early contributor to the sponsorship fund of the documentary in 2012.  It is one of more than a dozen local businesses, organizations and individuals to join the project as sponsors since production began, Colburn noted.  And this year, the documentary has received additional funding from the Michigan Humanities Council, the Michigan Council for Arts and Cultural Affairs and the National Endowment for the Arts, allowing the project to interview major Hemingway scholars in locations outside of Michigan.

Guests of the event will enjoy a five-course Hemingway-inspired dinner menu, special period music by singer-songwriter Robin Lee Berry, who has written theme music for the program, and pianist Tom Kaufman, dining with many Hemingway historians, including the President of the Michigan Hemingway Society, Christopher Struble, as well as the exclusive studio preview of Colburn’s film.

The screening will be introduced by Ernest H. Hemingway, a nephew of Ernest Hemingway who owns “Windemere,” the Hemingway family cottage on Walloon Lake where young Ernest spent his summers from 1899 through1919.  The cottage has been the location for several important interviews with Mr. Mainland and scholars from “The Hemingway Letters Project” at the Pennsylvania State University.

“We are very excited to bring this special event to our guests and our community,” said Reginald Smith, Vice President of Hotels for Stafford’s Hospitality. “We look forward to sharing this local history about Hemingway and his writings with our many friends and supporting this important local project.”

The event will begin at 6 pm and dinner will be served at 7 pm.  Tickets are $50 per guest (plus tax). Reservations may be made by calling Stafford’s Perry Hotel at 231-347-4000. For more information, visit the Perry website, https://www.staffords.com/about/staffords-hospitality/.com/perryhotelfeatures