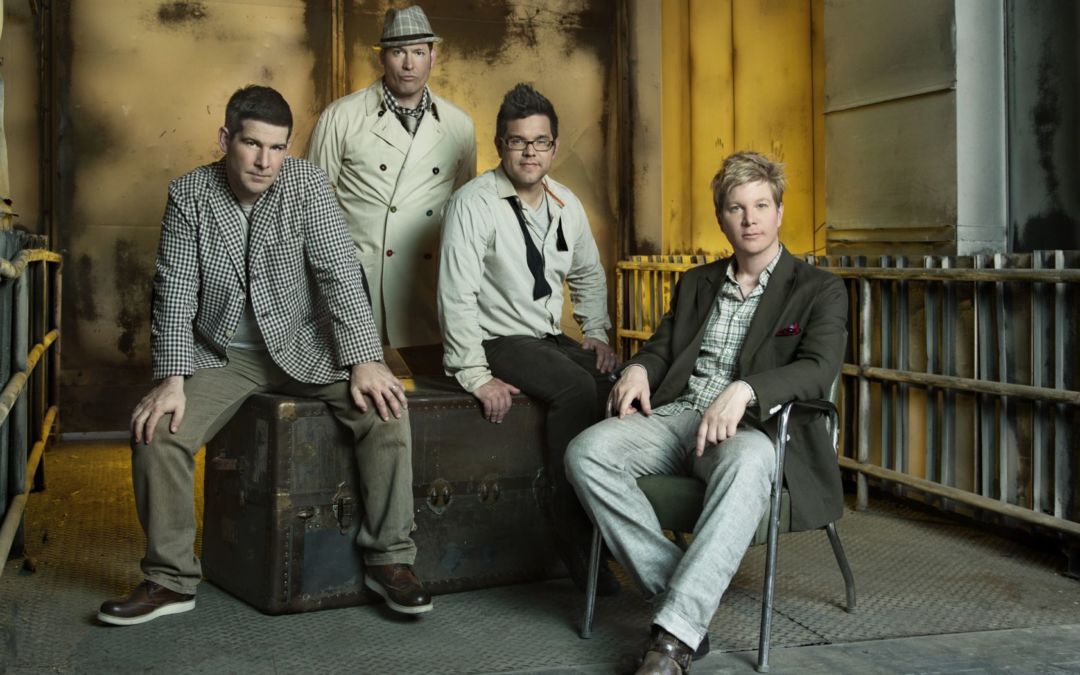 The first instrument was the human voice. For Tonic Sol-fa, it still is.

Enjoy an evening of Northern Michigan Music at the City Opera House in Traverse City on November, 8 when the a capella group performs. Vocalist Greg Bannwarth says the audience can be sure that everything they’ll hear will come from the four men on stage. No tapes, no enhancement, no one behind the curtain. “Everything you hear is live,” said Bannwarth. “So many bands and vocal groups add extra voicings. What they hear is what they’ll see on stage.”

Likewise, Bannwarth says the idea of creating a spectacle in performance isn’t what the group is about. “We never wanted to do the Britney Spears thing, dance, sing now and then. The whole point we got into this is to make music.”

No spectacle, and no instruments. “We just fell in love with the art form,” said Bannwarth of their decision to sing a capella. The group has been together for 20 years now, and Bannwarth has been on board for all but the first year.

Bannwarth says the members of the group listen to a variety of music, from crooners like Frank Sinatra and Bing Crosby to classic rock from 70s to gospel. “I was brought up on oldies radio – the Beatles, the Beach Boys, the Eagles,” he said. Those vocal groups helped stimulate his love of vocal harmonies.

Tonic Sol-fa also found inspiration in the a cappella groups that came before them, especially the Nylons. “The one group that all of us listen to is the Nylons,” he said. And like that group, Bannwarth says much of their material consists of songs recorded by others. “Over time we realized you need to get people to listen to you. They want to hear things familiar to them.” So the song may be one the audience has heard before, but Tonic Sol-fa puts its own unique spin on it.

Bannwarth says they bring their 20 years of experience to their shows. “We entertain as well as sing. It’s a family-oriented show, but it’s not just for kids.” He says they gauge their success not only on audience reaction to the songs, but on the way the audience behaves after the show. “When people leave, if they’re singing, we know we got them to that point,” he said.

In addition to its bakers’ dozen recordings, Tonic Sol-fa has done three holiday specials. “PBS said if you put together a show, we’ll promote it to stations,” said Bannwarth. The first one has now been shown more than 2,500 times, which has helped broaden the group’s audience. “We go to places we couldn’t have gone. Public TV has helped that,” he said.

Given the date of the show, there’s likely to be a few seasonal offerings thrown in for effect. “We do a holiday tour as well. This is our regular show, but we might throw in a couple holiday songs,” said Bannwarth

Tickets for the 8 pm show start at $20. To purchase tickets or for more information, go to CityOperaHouse.org.