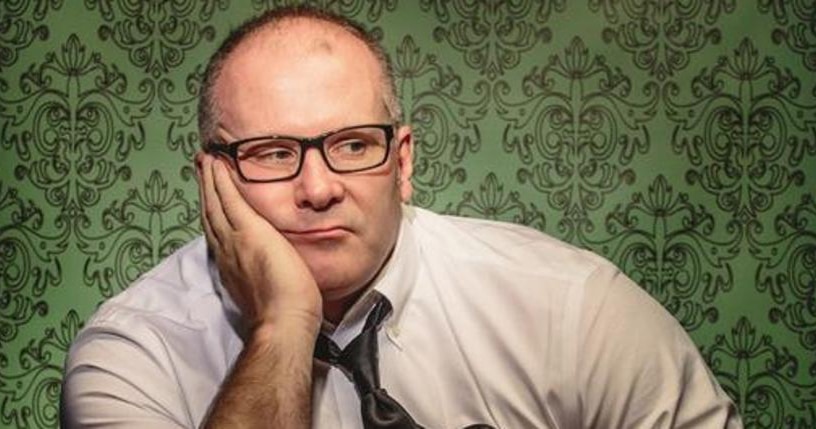 Dave Dyer is a funny guy. And with 21 years of stand-up experience under his belt, he is bringing his comedy routine to Northern Michigan on Friday October 10, 2014 at the Ramsdell Theatre in Manistee.

From a young age Dyer wanted to get on stage and perform. The Grand Rapids native graduated with a Theatre degree from Michigan State and a couple of years later he started going to open mics to do stand-up.

“Ever since I was a little kid I wanted to do stand-up. My dad was really funny and I learned a lot from him,” he said.

“The first time I worked really hard and it went really well. The second time I walked on there with little to no preparation and it went terribly. I walked off the stage thinking that I need to figure this out.”

After figuring things out, he moved on to working in clubs all over the country and became a regular part of the Bob and Tom Show. He has also worked with Drew Carey, Lewis Black and Kathleen Madigan.

The stand-up comedian says that a lot of his jokes are based on his personal life experiences, both from his childhood as the youngest boy and now as the parent of two teenage daughters.

“I grew up the youngest of four brothers so I basically grew up in a locker room. The joke goes, with my brothers it was ‘get up and brush the dust off.’ With my daughters they get up and say ‘who put this dust here?’” he said. “Having a wife and two teenage daughters provides me with a lot of material.”

Despite his wealth of material, coming up with a joke is a very extensive job and Dyer says that it can take a while to feel comfortable with a new one.

“It takes a long time to come up with material and sometimes a joke isn’t done for six months. Usually when I start new material I will sandwich that two minutes of new stuff between two older jokes, just in case,” he said.

For his upcoming show with Rico Bruce Wade he will have plenty of entertaining jokes. He and Rico have worked together several times before and Dyer says he is looking forward to the show. To learn more about him visit his website.

To purchase tickets to this show go to MyNorthTickets.com.