2014 Northern Home & Cottage Home Tour: One for the Ages 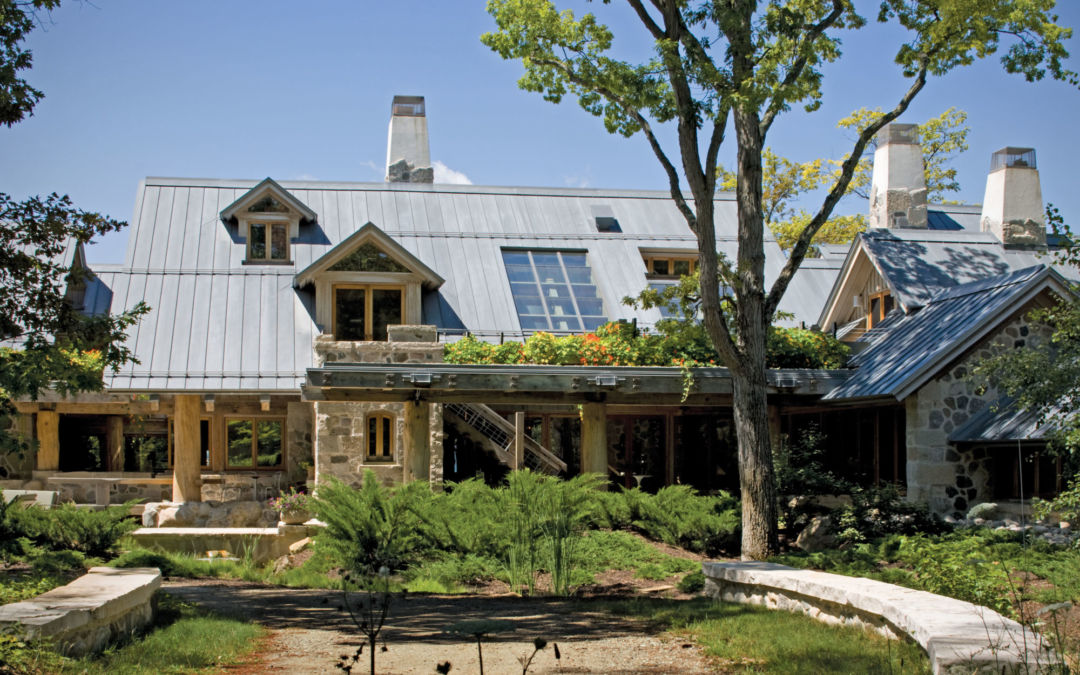 The 2014 Northern Home & Cottage Home Tour takes place on Saturday, September 13th from 10 am to 5 pm and will guide curious fans of Northern Michigan home and cottage design through the gamut of home styles—from ultra modern to contemporary and classic. Proceeds raised during the home tour will benefit Northern Michigan non-profit, Child and Family Services of Northwestern Michigan. The second of ten stops on the tour is a grandiose monument to Northern Michigan that—like the world’s most famous homes—goes by a single name: Pine Hollow.

Save by purchasing tickets to the 2014 Northern Home & Cottage Tour at MyNorthTickets.com: 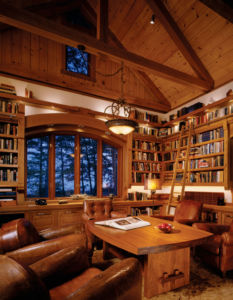 Once upon a time there was a Northern Michigan cabin resort called Pine Hollow on the shores of Lake Michigan. A young girl summered there and never forgot the magic property woven of streams, ponds and 600 feet of shoreline. Many years later, she purchased the land and commissioned the design and construction of a home she felt worthy of the site—a home that she hoped would last, like a European castle, for hundreds, maybe even a thousand years. The warp and weft of what Leslie Lee envisioned would be stacked, carved, sculpted and honed from native Michigan materials—granite, glacier-scraped limestone and massive, ancient white oak. “… the embodiment of the geography and climate of our region’s fundamental elements,” Lee writes in her book, Sacred Space. In 2003 architect Roger Hummel began designing Pine Hollow. Over the course of the next seven years he and Lee would work with hundreds of Northern Michigan’s skilled craftsmen on the home. While Lee used the building as her home for a time, it is now the headquarters of the Pine Hollow Institute—a nonprofit dedicated to healing people and the planet.

The adventure of Pine Hollow begins at the moat that runs under the front entrance. Allow your sightline to follow the stream through the glassed-in entryway, to the pool and out to the Lake Michigan shore. No doubt, exploring the 17,000-square-foot labyrinth of rooms (16 bathrooms, 12 bedrooms, wine cellar, chef-caliber kitchen), nooks, crannies and views, will be the high point of your 2014 Northern Home & Cottage Tour. Watch for whimsy at every turn—ladders that lead to lofts and down to bedrooms, kaleidoscope angles, nautical doors, a ladder from the pool that steps right into the locker room … 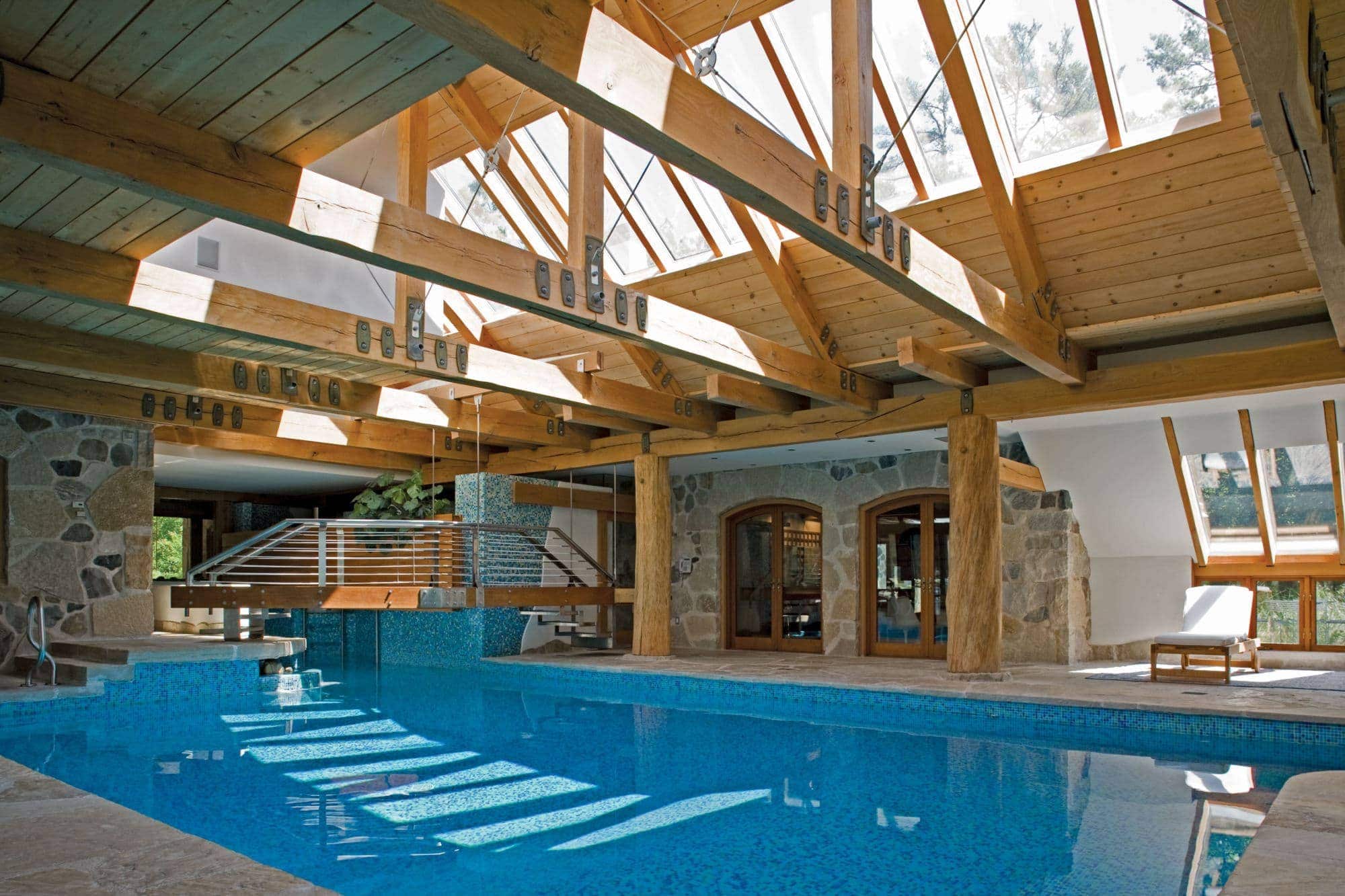 When Roger Hummel took a seat at his drafting table to draw Pine Hollow into existence, he had already had a long and distinguished career of breaking ground in Northern Michigan. Fresh out of University of Michigan architecture school in the 1950s, he landed jobs with Traverse City’s principal architectural firms. But it was his partnership with Glenn Arai that formed the core of his career. Working side by side in the cobblestone former Suttons Bay train depot they’d converted into an office, the architects rendered a number of Northern Michigan’s most signature residences. Long before they were buzz concepts, Arai and Hummel relied on native materials and site sensitivity to make harmonious, timeless statements.

Several years after Arai died in 1998, Roger began working with Leslie Lee on Pine Hollow. While Roger was used to working with stone, timbers and fine detail, Pine Hollow challenged him to use them all on a grand scale. Recently retired, he speaks humbly of the epic job, worrying that the craftsmen who worked on it won’t get the credit they deserved: “What you tried to do is tie it all together but at the same time make little points of interest—but you always had to know where you were going with it,” he says simply of his part in the tale of Pine Hollow.