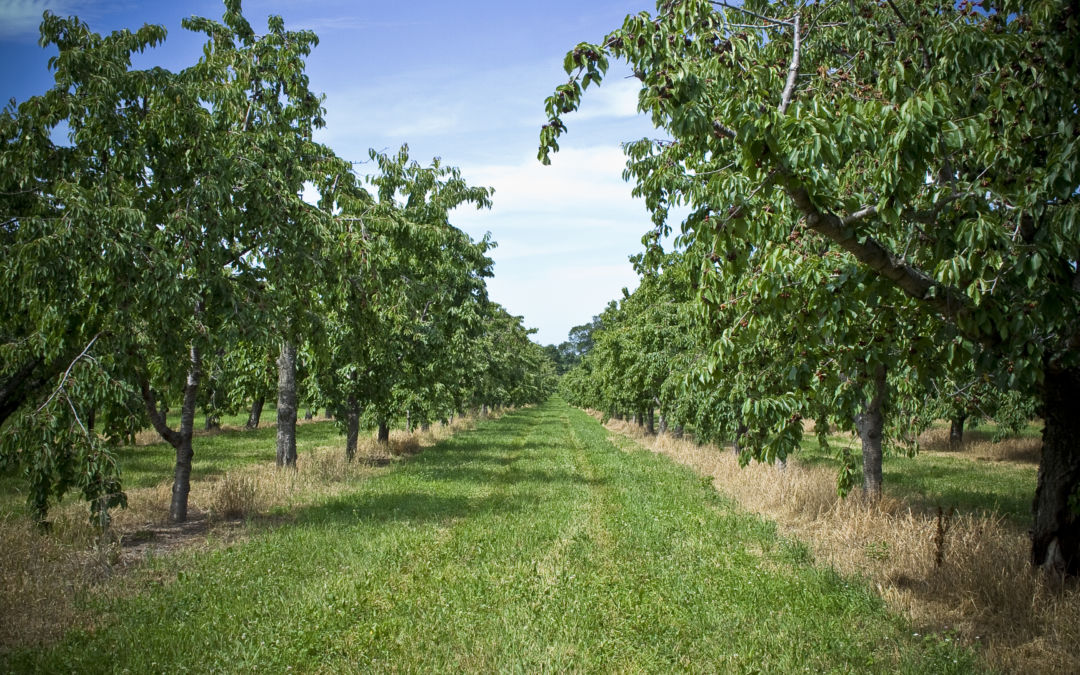 In another win for the region’s already incredible food scene, Traverse City will soon be home to one of the state’s first “food hubs”—a new concept that’s catching on as the local foods movement skyrockets nationwide. The hub, housed in a 12,000-square-foot space next to Cherry Capital Foods’ new home on Barlow Street, will act as a shared processing, storage and distribution facility that will help small- to mid-scale farms save money on big-ticket equipment and better meet the region’s growing demand for local foods.

Overseeing the hub and its development is a new nonprofit called the Grand Traverse Foodshed Alliance, formed by a coalition of regional agriculture, food and environmental organizations (including MSU Extension, Michigan Land Use Institute, Oryana Natural Foods Coop, Cherry Capital Foods, and the Northwest Michigan Council of Governments, among others). Several state grants got the project rolling, and the hub will be fully operational this spring. MyNorth contributor Emily Bingham caught up with Rob Sirrine, a community food systems educator with MSU Extension, to talk about what the new food hub means for Northwest Michigan:

Tell us what the driving force was behind this idea for a regional “food hub.”

Right now what we’re seeing around the state is a real interest in small-scale farms—hoop house farms in particular, for season extension. Currently the market for those farms is, for the most part, community supported agriculture. Maybe they sell at farmers markets. And there’s some sales to restaurants. But there’s quite a few of these people who have the wherewithal and the land to provide sale for wholesale markets as well. One farm might be really good at growing carrots. Another might be good at growing mixed greens. Part of our goal in putting this food innovation hub together is to aggregate some of that production. You know, help those small- and mid-scale producers by helping them with value-added processing.

Explain what “value added” means in this case.

So, take a product like hops, say. Yes, there’s a market for fresh, wet hops in the fall, but most of the brewers throughout the year want those hops in pellet form. So, you’re taking that wet hop, you’re drying it, and you’re processing it to “add value” so you can sell it throughout the year. Say you grow lettuce; you can pull lettuce out of the field, but then you can add value to it because you’re washing it and bagging it. So, some of the grant went to washing and sorting equipment for vegetables, lettuce, that sort of thing.

How many businesses will be operating out of the hub?

The hops folks are already in there working. And there’s room for eight or nine different business. I’d say by the beginning of April we should have the initial tenants moved in.

Any “peek” at who else will be moving in?

Nic from 9 Bean Rows—they’re a restaurant and CSA farm—is developing a cooperative of farmers to share the vegetable processing equipment. There’s potential for Michigan Venison Company to move in there—a butcher-type operation. There’s an agricultural services laboratory that might move in to do work with wine grape folks. And then there’s been talk of an oil press, charcuterie, potentially jams and jellies. We just had a call from a coffee roaster who was interested, too. Our focus is first on Northwest Michigan products, so if someone came in and said, I don’t know, that they wanted to do banana chips, that probably wouldn’t be high on our list. But, still, it’s a food product, and if they’re creating jobs, that’s definitely a potential if there’s space open.

Sounds like a great group of potential tenants so far—and you’re not even fully operational yet. Seems like the food hub will be a great resource for the area’s burgeoning food scene.

There’s a huge demand right now for locally grown food—and let’s not forget beverages. By having a space here, small- to mid-scale start-ups can get in here and do their thing and hopefully it will act as kind of a springboard to launch their own businesses. That’s really what’s been helpful about the state funding; it hasn’t gone to just one business, it’s gone to support 10 to 12 businesses. And when they outgrow, other businesses can move in. It’s just another step along those lines of building that regional food system here in Northwest Michigan.

Right. It seems like, increasingly, the State of Michigan is encouraging entrepreneurship and growth for agri-food businesses—for example, there was the 2010 “Cottage Food” law, which eased restrictions on small-batch food producers. And then there’s been grants for projects like the food hub. What do you think is driving these efforts?

Well, we have the second-highest diversity of crops outside of California, and we have water, so there’s just huge benefits to helping promote the food system. I think MDARD [Michigan Department of Agriculture & Rural Development] has seen that, and the Legislature has seen that, with some of these funding opportunities in recent years. They’re really putting an emphasis on that and seeing the economic potential. That’s really cool for someone who works in the food system to see that happening. It’s like, “It’s about time guys!”

So, where will we be seeing the food that gets processed at the food hub?

It’ll go to schools, it’ll go to restaurants, it’ll go to grocery stores. Basically anywhere you can purchase food. That’s kind of a big impetus for what our group is working on here: trying to really go to where people do most of their food purchasing. It’s great that there’s a huge, thriving restaurant scene here and a great farmers market scene, but, still, the majority of people buy their food at grocery stores. Once we can get into the grocery stores and develop a coordinated marketing campaign, we’ll have all these different components going hand-in-hand to help really drive the building of this regional food system.

Perhaps someday, then, local produce in your neighborhood grocery store won’t be limited to a specialty thing.

That’s exactly it. So it’s not just an end cap on one of the aisles: Here’s our local stuff! It’ll be mixed in with all the other stuff but delineated by a specific little marketing card so you know where it’s from, how far away it was raised.

How did you come up with the term “foodshed”?

We’ve been arguing over the question “what is local?” for the past five years, ad nauseum. It’s based on the watershed concept, and just seemed to make sense.

So, whereas a watershed doesn’t have man-made boundaries, the Grand Traverse “foodshed” allows for a looser interpretation of what “local” might mean.

Right. What is the natural region where you can purchase food that you feel is local? What you consider local, other people might not. Some might say Traverse City is local. Some might say the 10-county region. Some might say Michigan. The “foodshed” concept means you don’t have to strictly define “local.” That’s what we were going for.

For more information on the “food hub,” the Grand Traverse Foodshed Alliance, and other efforts in the local food movement, visit FoodAndFarmingNetwork.org.