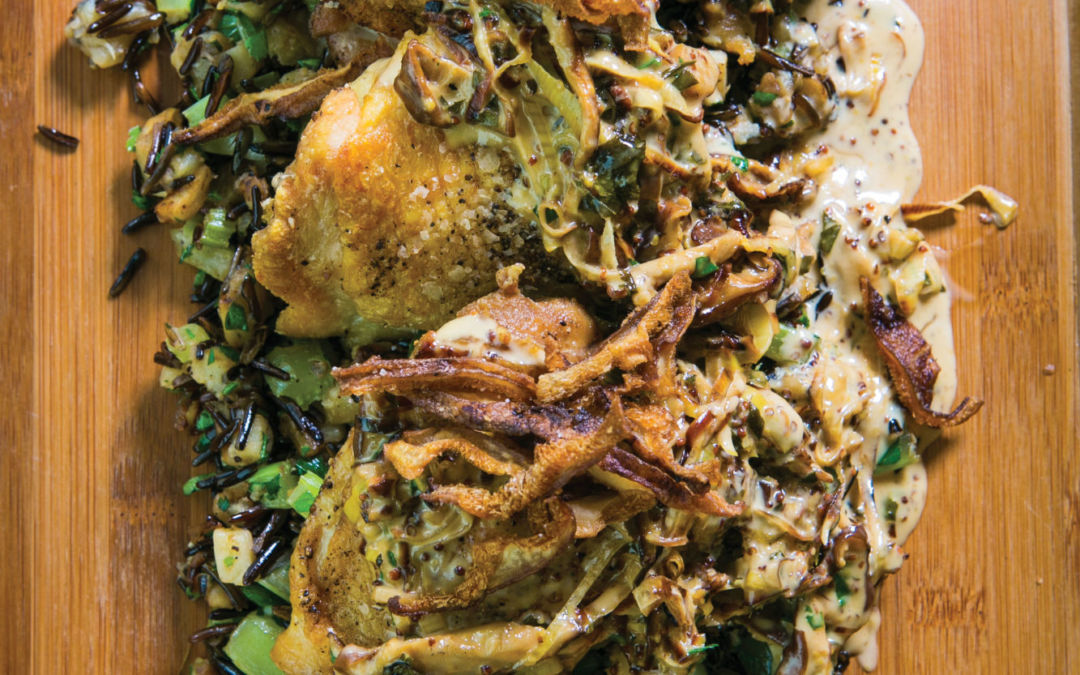 Directions
Preheat oven to 350 degrees Season the entire surface of the chicken thighs with salt and pepper. In a large sauté pan heat 4 tablespoons of olive oil till very hot. Add chicken, skin side down, cook till the skin is golden in color. Flip over and place in the oven for 30 to 40 minutes. When finished take out of oven and let rest for 10 minutes. While the chicken is cooking, take a large sauté pan and heat the remaining olive oil and the leeks and let sweat them until they are soft and just start to take on some color. Then add the mushrooms and cook till soft. Deglaze with Calvados. Add the cider reduction, mustard and tarragon. Cook for two minutes. Add cream, and then season with salt and pepper. Cook till sauce consistency.