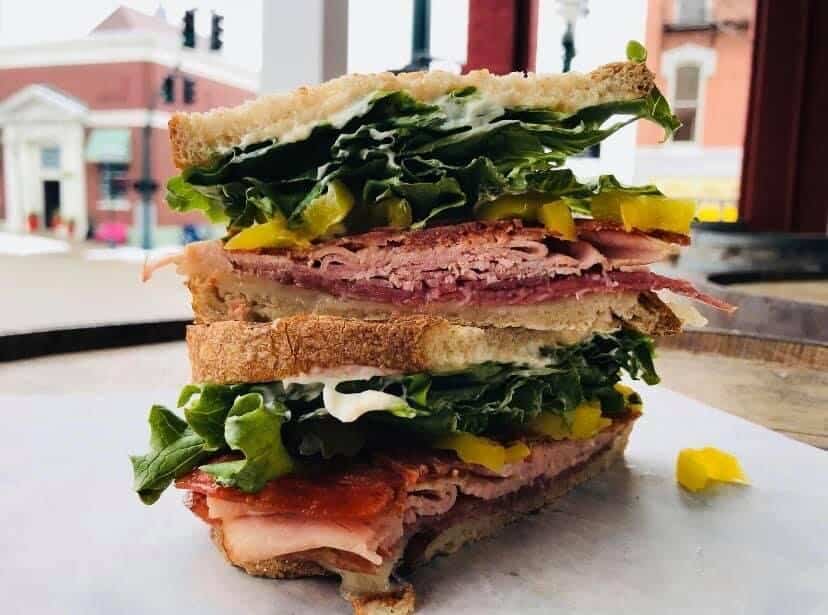 Symons General Store first opened its doors in Petoskey during June of 1960. It was the goal of Tom Symons to create a store unlike any other. After renovating the building, Tom added a new facade as well as what would become the “wine cellar”.

The store was originally supplied with coffee, spices & other rarities.Tom was a leader in importing gourmet products directly to the front steps on Lake Street. In the late ‘70s, Lynne Symons introduced Symons General Store & it’s patrons to the world of freshly baked croissants, breads & cookies. In addition, Symons General Store now made delicious sandwiches utilizing Usinger’s Meats of Milwaukee. This represents the first time the company would offer freshly baked and ready to eat foods.

Today, you will continue to find a world class selection of imported & domestic cheeses, pates & wines. Come in and let us share three generations of wisdom about the finer things in life. (Courtesy their FB page.)