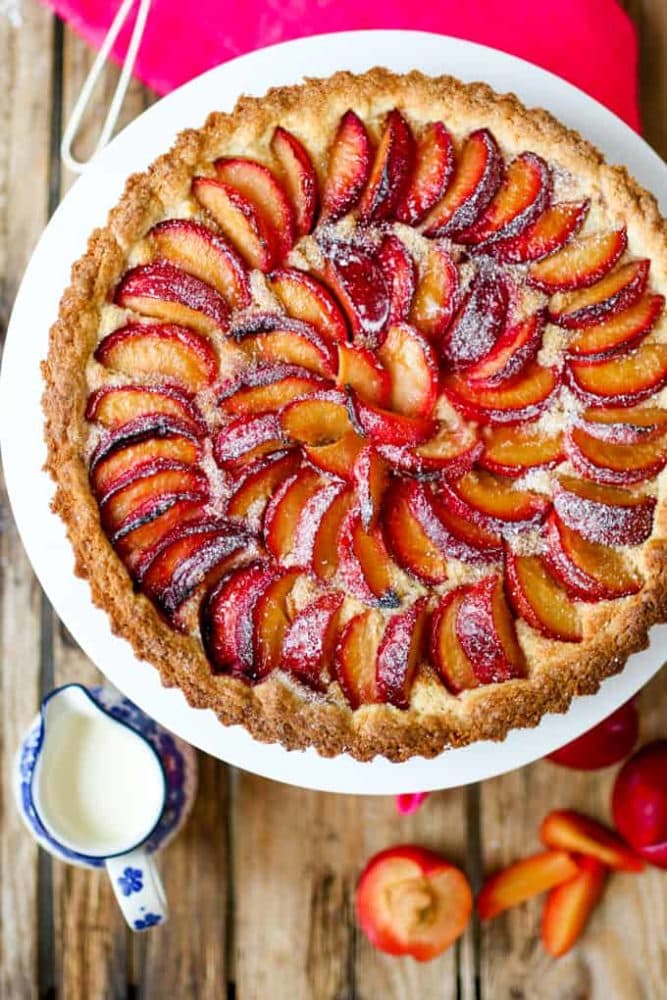 For the crust: For the filling: Special equipment: 11-inch tart pan, food processor

Preheat oven to 350°F. For crust, mix the flour, sugar and salt in a bowl then cut in the butter with a pastry cutter until the butter is well incorporated. (The mixture should resemble fine breadcrumbs.) In a small bowl, beat the egg yolk together with the ice-cold water. Pour into the flour mixture. Slowly bring theingredients together with your hands to form dough, being careful not to overwork it. (You may also do the above in a food processor.)Form the dough into a ball, cover in plastic wrap and chill for a few minutes before rolling. Roll out the dough on a lightly floured surface or between two sheets of parchment into a circle slightly bigger than your tart pan. Put it into your pan and press the dough into the corners. Pierce the tart crust with a fork several times and chill again for a few minutes. Bake it in the preheated oven for 20 minutes. Let the crust cool while you prepare the filling. (Leave the oven on.) To make the filling, beat the butter and sugar together with an electric mixer until creamy. Beat in the egg, followed by the almonds, flour and extract. Spread evenly in the cooled tart shell. Cut the plums in half and remove the pits. Cut each into thin slices. Arrange the slices, overlapping in concentric circles, leaving a 1/4-inch border around the edge. Bake in the oven for 40 to 45 minutes or until the filling in the middle of the tart is set. Remove from the oven and let cool at room temperature forseveral hours before slicing.