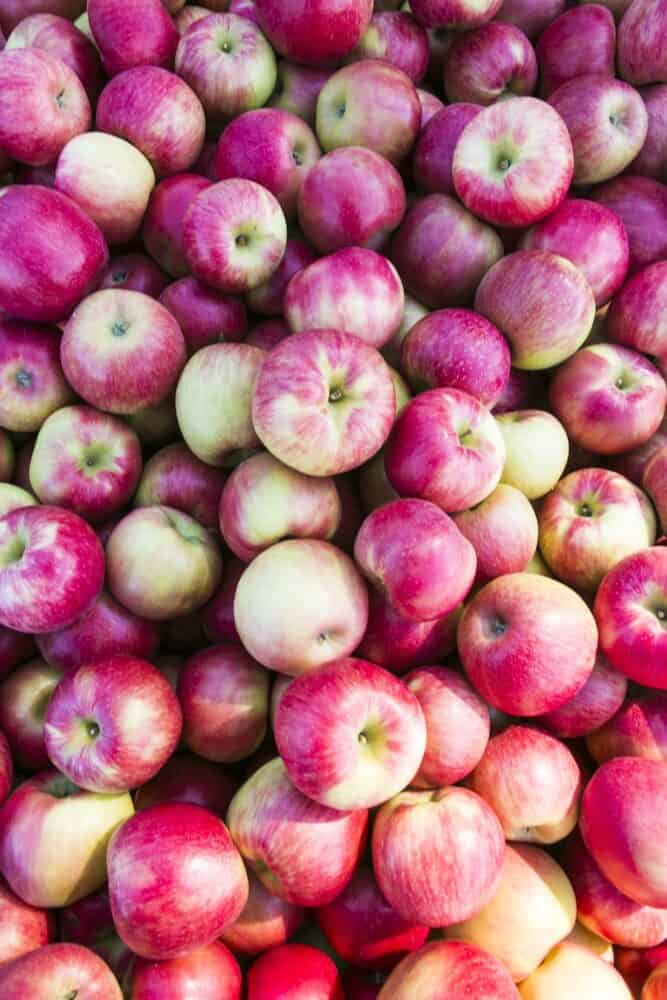 Evans Brothers as a company name belies the fact that a strong woman has played an integral role in the family business since its inception—matriarch Margaret Evans. While Mark won’t disclose her age, he says his “shade-over-65” mother helps out daily doing whatever is needed—from setting up coffee breaks during cherry season, to mowing the farm lawn, to shuttling her sons around the farm when they are short-staffed. She still lives on the farm in the home where Mark and Mike grew up. It houses the family office, along with her award-winning kitchen, where she whips up her sons’ favorite recipes, including this one for her famous apple crisp.

In 1993, the Evans brothers became the first farmers in Northern Michigan to plant Honeycrisp apples. This is their story.

Preheat oven to 375˚. Mix brown sugar and apples in a bowl. Pour into greased 9-inch square baking pan. In a large bowl, mix together flour, white sugar, cinnamon and salt. In a small bowl, combine beaten egg and melted butter and then stir into flour mixture. Spread evenly over apples. Bake in preheated oven for 40 to 45 minutes, or until apples are soft and topping is golden, bubbly, and crisp. Serve with fresh whipped cream or vanilla ice cream.