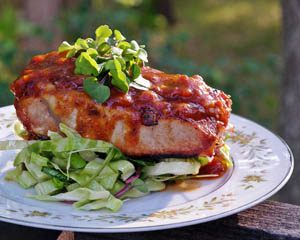 Check out Kristen's other recipes for this year's cherry season at her blog The Intentional Minimalist.

This recipe is also featured in the article Mouth-Watering Cherry and Wild Leek BBQ Spare Ribs.