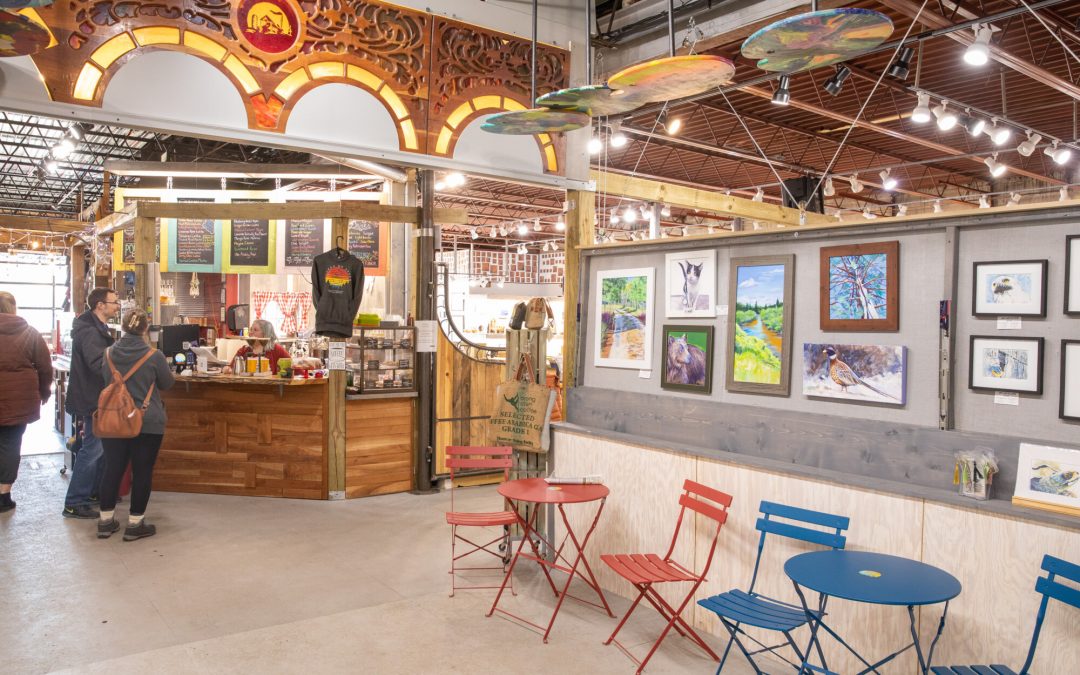 This article first appeared in Traverse, Northern Michigan’s Magazine. Find this article and more when you explore our digital issue library. Want Traverse delivered to your door or inbox monthly? View our print subscription and digital subscription options.

Grayling may be an unexpected art destination, but thanks to AuSable Artisan Village, a 2022 Red Hot Best gallery, it is indeed a must-visit. The downtown gallery on Michigan Avenue showcases 40-plus Michigan makers—painters, sculptors, photographers, jewelers, mixed-media artists and more. It also connects to Coffee by Steph and Paddle Hard Brewing, so visitors can enjoy a beverage while browsing local artwork, and tables that hang from the gallery’s ceiling near the stage are brought down during events to transform the space into a café. 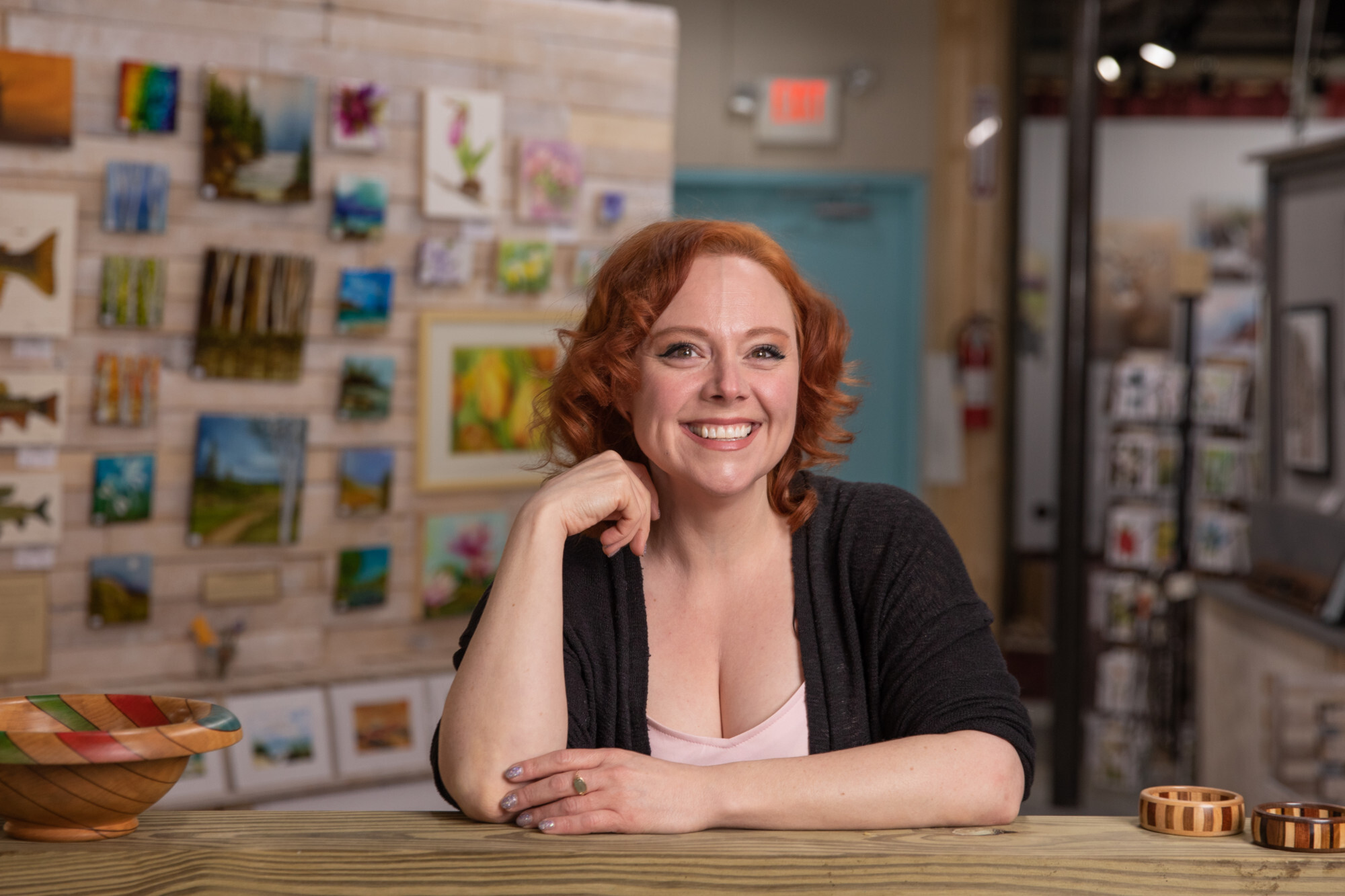 The gallery is a culture-lover’s destination for more than the art. Yoga and mindfulness classes, concerts, theater productions, workshops, improv … there’s a rotating slate of events for all ages throughout the year. One to highlight: The annual Great Northern Art Explosion, an exhibition and contest first held held in 2019 that brings 100 art pieces, both large and small, to downtown Grayling for two weeks each August (this year’s dates are Aug. 26 to Sept. 11). The event draws artists from across the nation, and jurors and the public vote for their favorites to be awarded $10,000 in prizes.

“We want people to have an experience,” says Executive Director Andrea Hentschel. “We want them to have access to affordable art, and all types of mediums. We want people to bring their kids in to see that pottery and painting are art, but so are music and dance. We’re trying to give that breadth of culture and performance.” 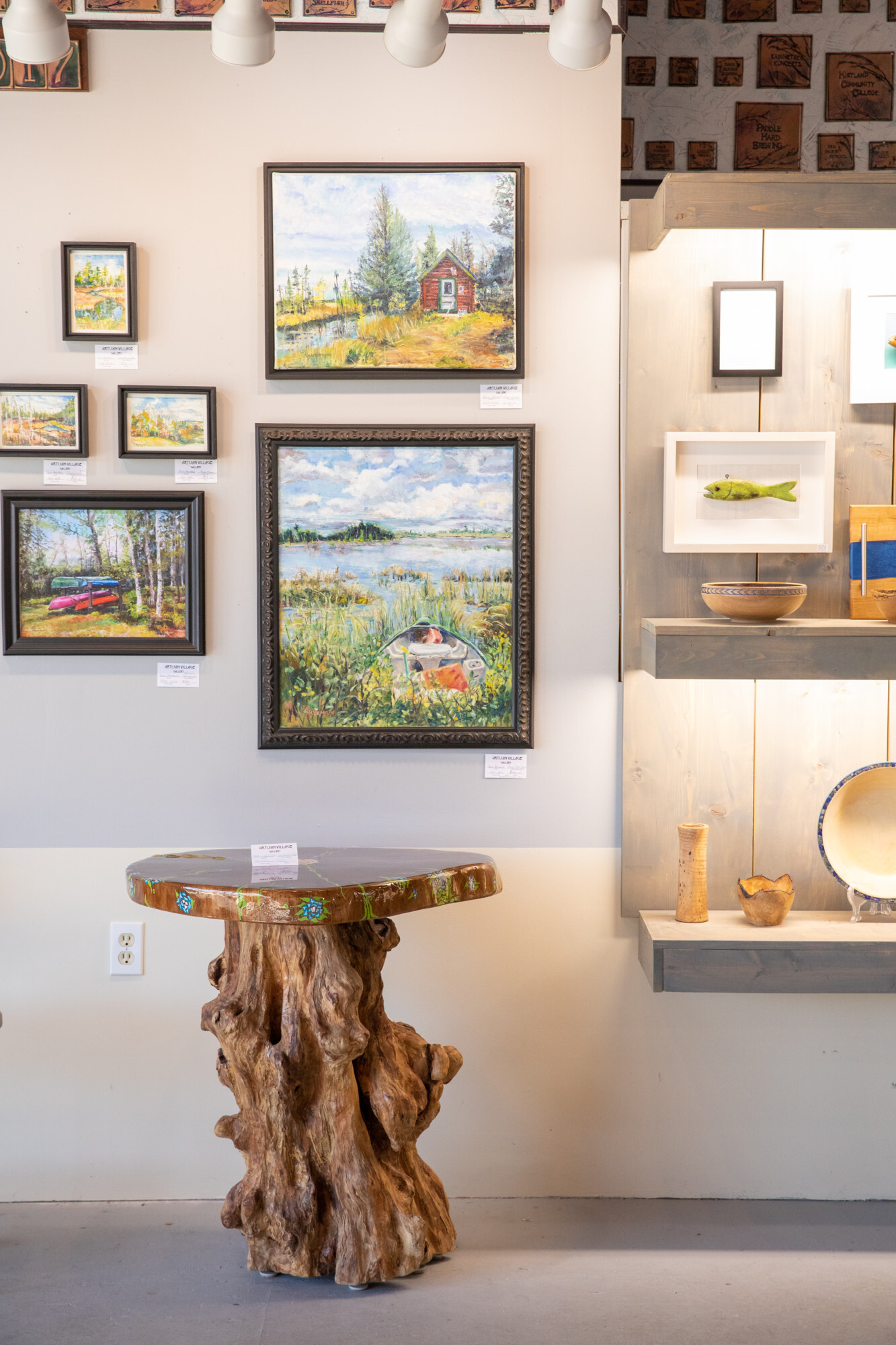 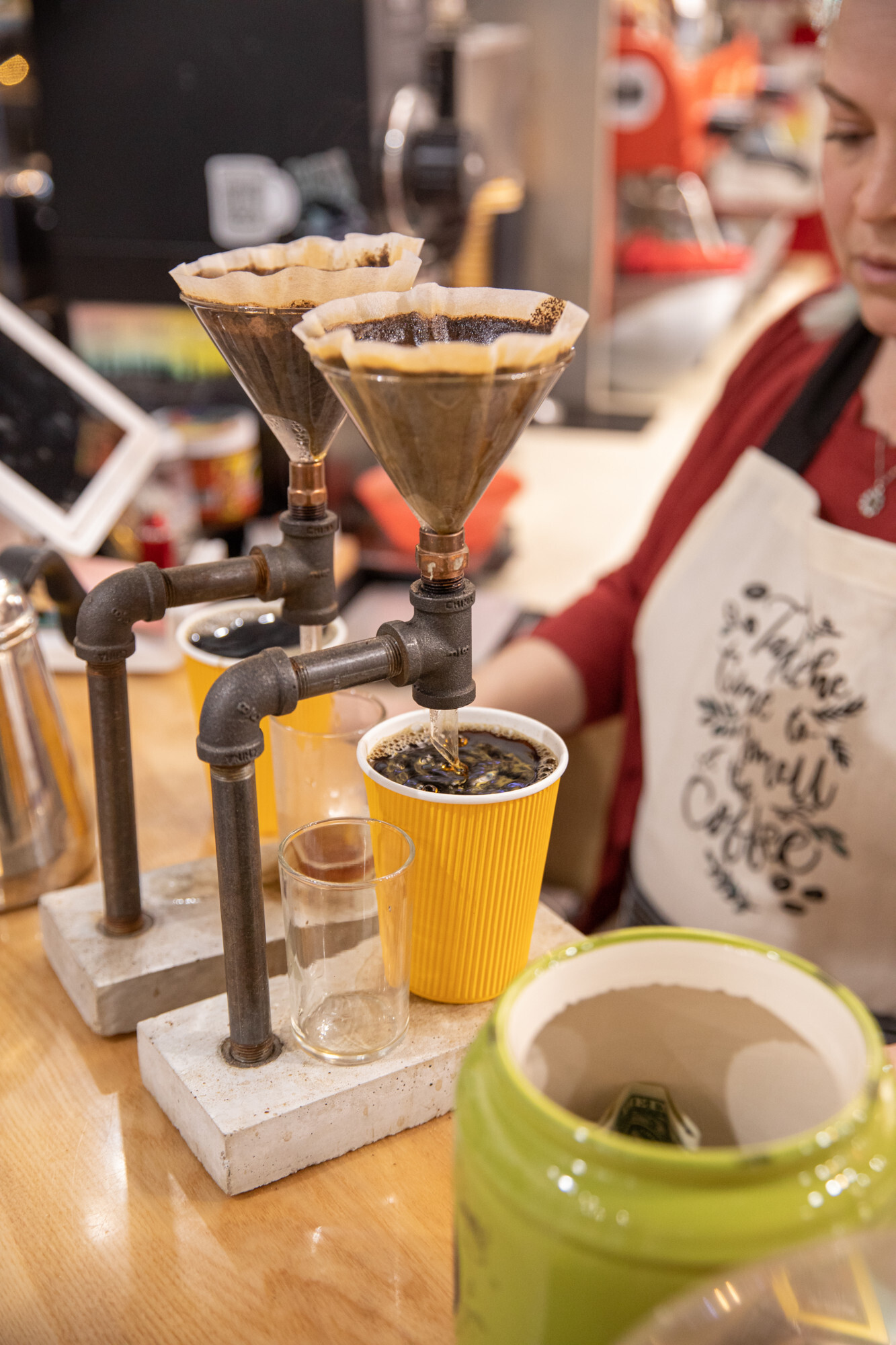 AuSable Artisan Village wasn’t always a thriving community hub, though. Artist Terry Dickinson founded the nonprofit organization in 2010, fixing up the then-derelict building himself with a small crew. “You can’t watch somebody be that impassioned about something and not also be inspired,” Andrea says.

The continued support from members and volunteers, who work at the gallery and events, has allowed the nonprofit to succeed and grow. Projects in the works include a new ceramics classroom, which will have several kilns and pottery wheels, and a community art project celebrating Grayling’s 150th anniversary—the murals, hanging at the City Park’s pavilion, depict the town’s history and heritage.

“What I really want to see [the organization] be is a foundation where people can come and enjoy the community, build a community, and for Grayling to prosper,” Andrea says. “And when people think about coming to live here, we want to be one of the things they think adds value to their life.” 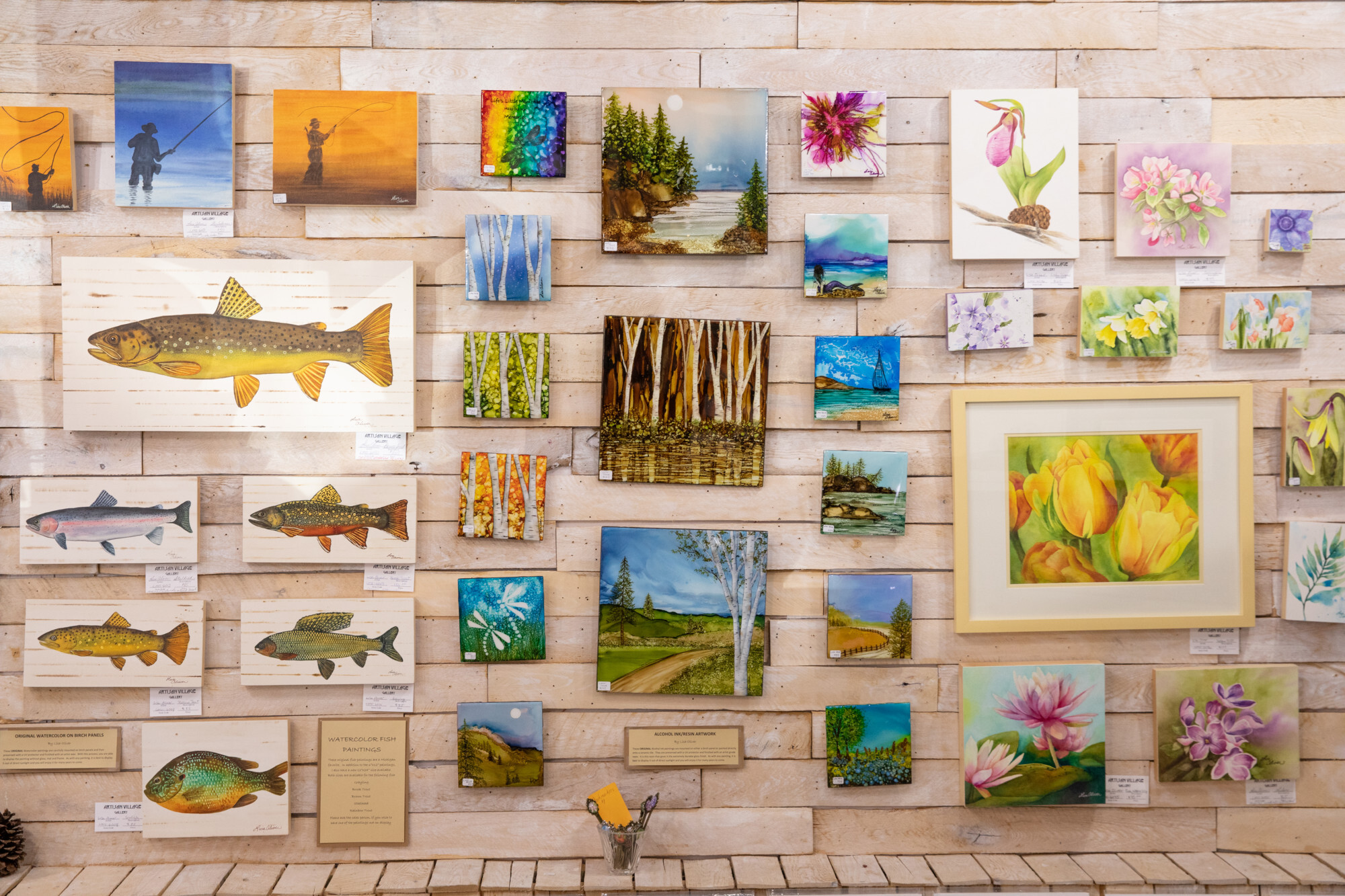