The Sport of Stone Skipping: Q&A with World-Record Holder 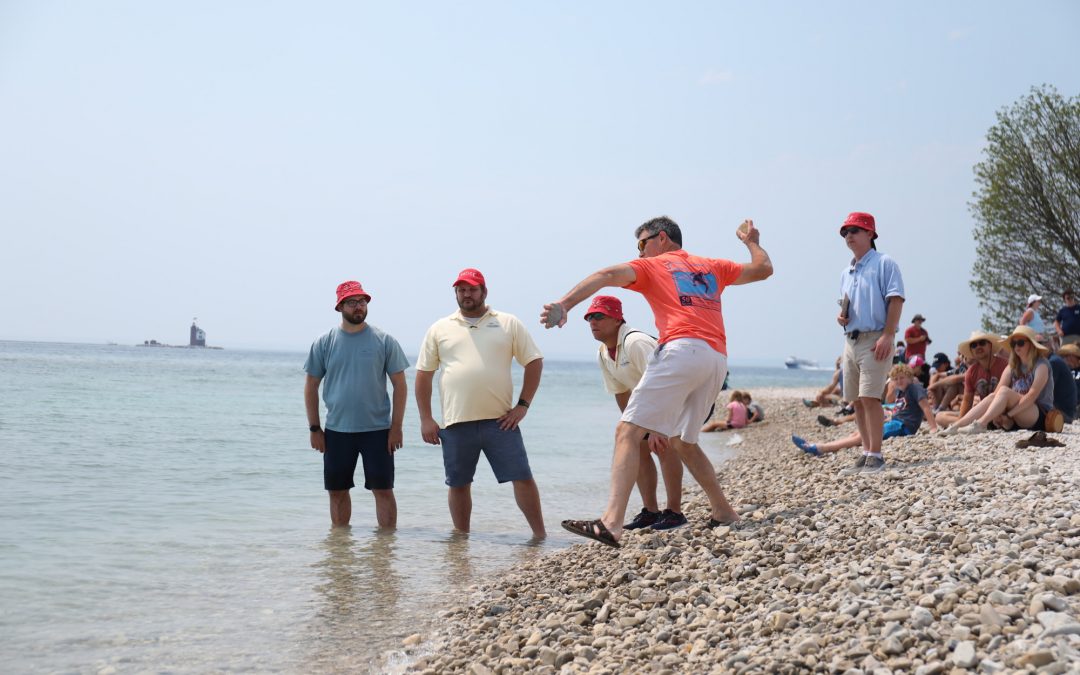 We ask a former world-record stone skipper what it’s like to compete + details on this year’s W.T. Rabe Stone Skipping Competition on Mackinac Island.

John “The Sheriff” Kolar can talk for hours about the sport of stone skipping— velocity and controlling the rotation of the stone; the first time he competed in Mackinac Island’s W.T. Rabe Stone Skipping Competition, held each year on the Fourth of July; and the joy it’s brought to his life. Here are some of the highlights: 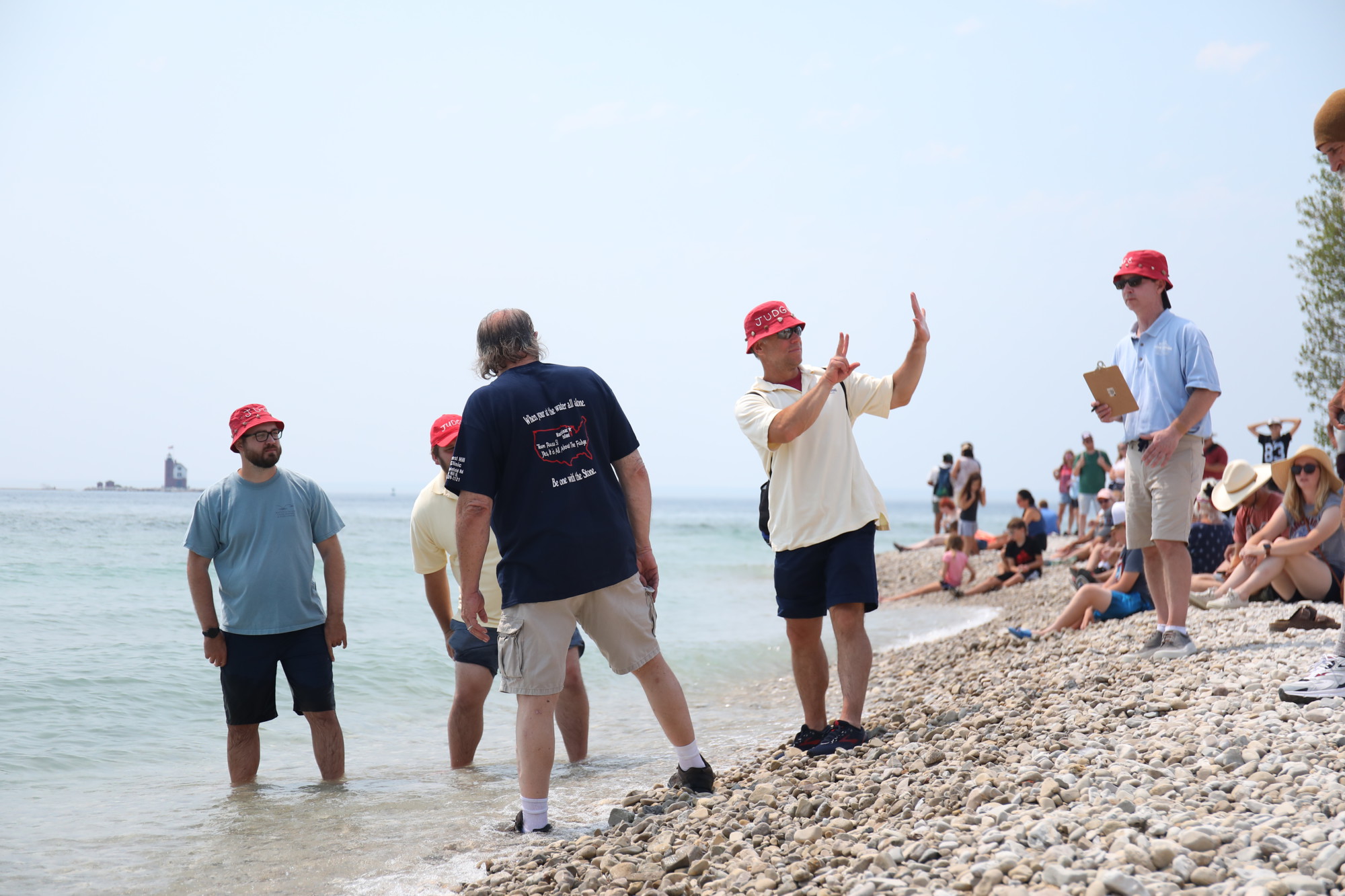 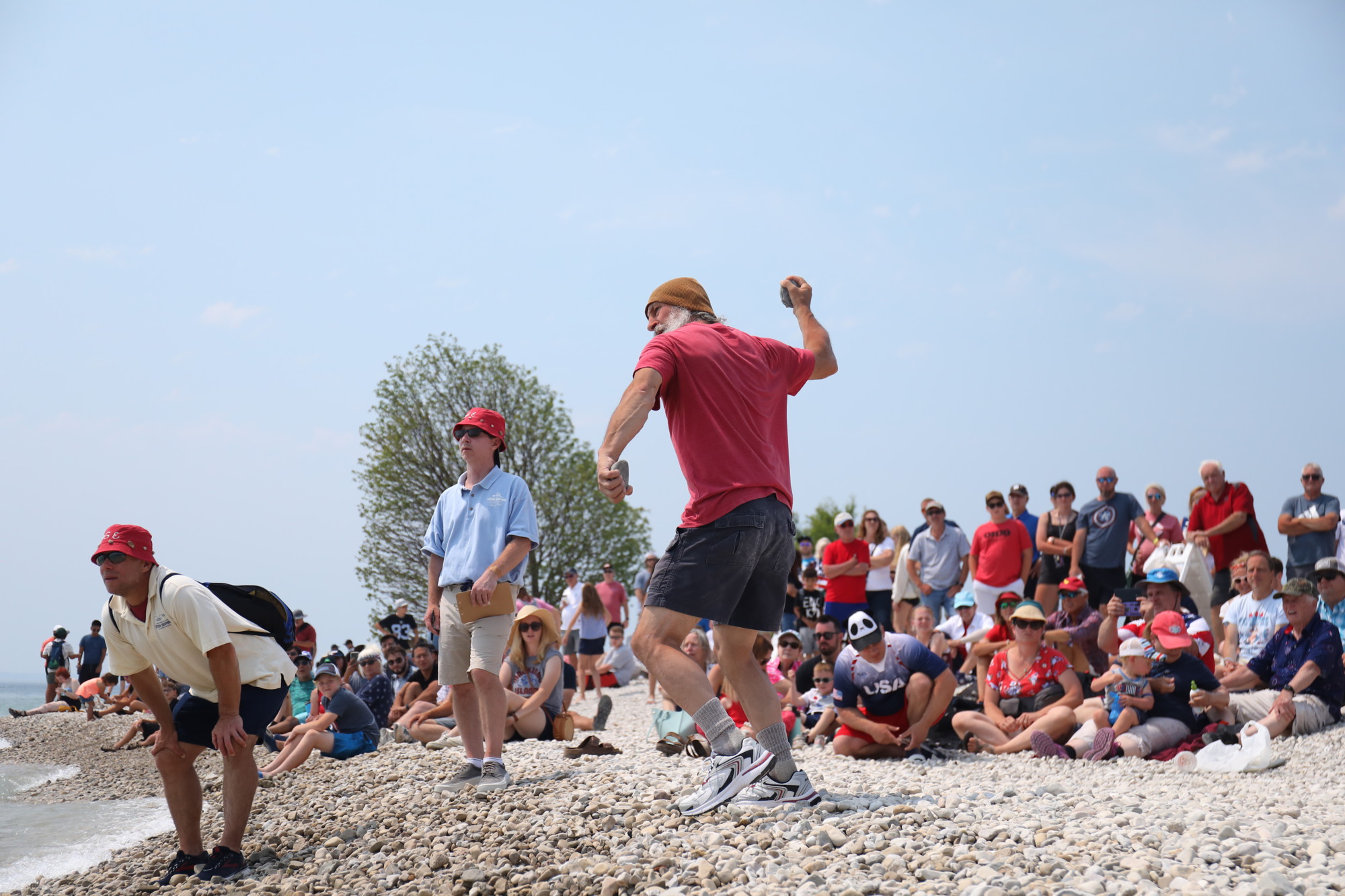 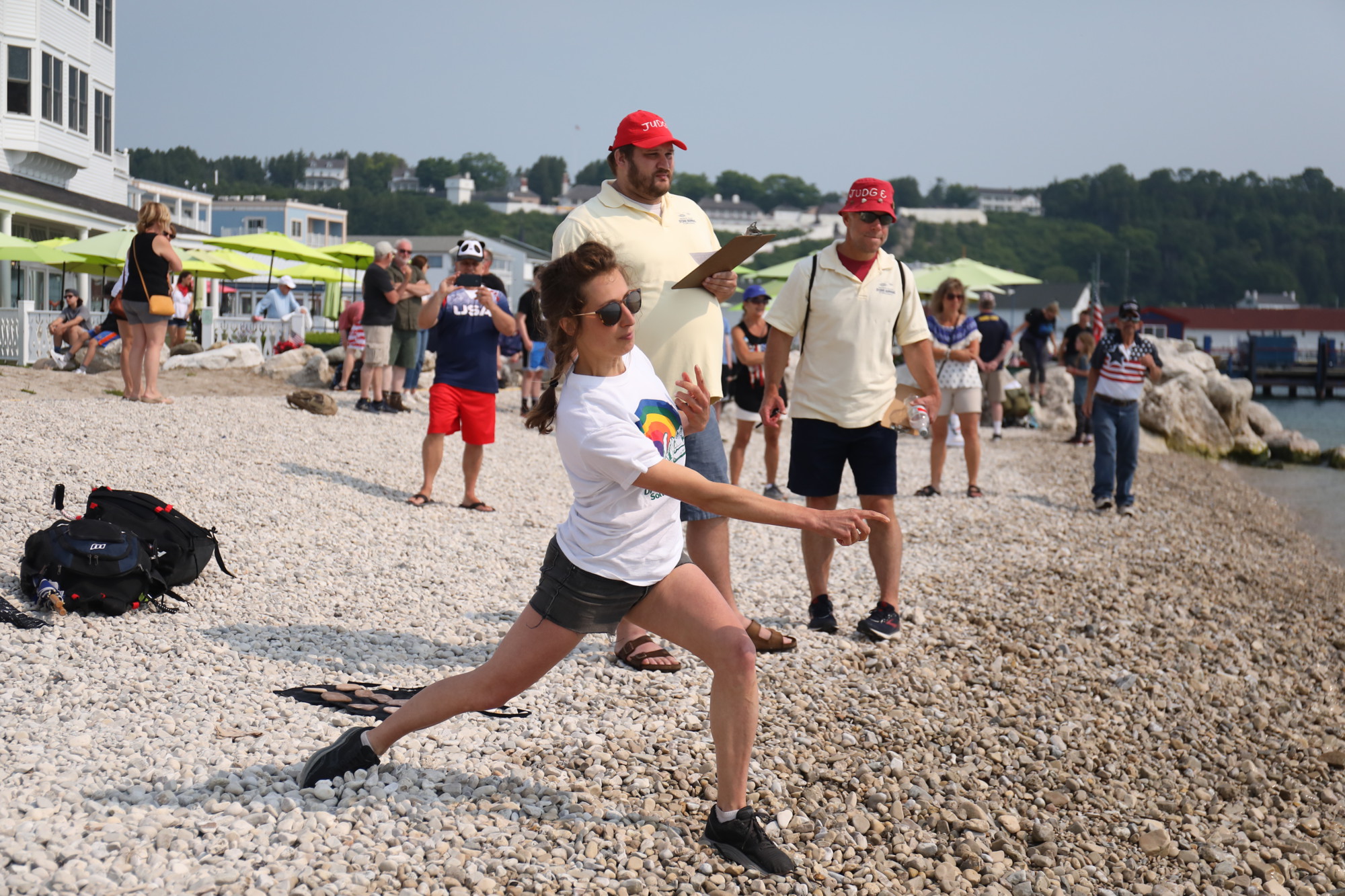 Q. What’s your first memory of stone skipping?
A. My father taught me to skip when I was 3 years old on a lake in northern Ontario. I saw him pick up a little rock and kind of whip it sidearm fashion, and it skipped a couple of times. I just remember seeing that skip. So, of course, im- mediately I was trying to replicate what my father did.

FUN FACT | The first written record of stone skipping as a sport dates back to 1583. Some sources say an English king skipped sovereigns (British gold coins) across the River Thames. Back then, it was a game called “ducks and drakes.”

Q: Tell us about that world record you hit at age 19.
A: On July 4, 1977, I tied the world record of 24 skips. In the tournament play [the W.T. Rabe Competition on Mackinac Island] I insisted on having three judges. Mostly
because it was very foggy, and I wanted as many pairs of eyes judging the skip as possible. Sure enough, I threw a stone that skipped 24 times visibly, and then disappeared into the fog. The judges gave me a score of 24+ infinity. I am still the only person to have skipped a stone into infinity in tournament play.

Q: Describe the perfect stone.
A: Very smooth and generally round. A little oblong is okay. Any place on the stone that has a little bit of a point or a corner or an indentation—a place where your finger can get a grip on it.Those that are concave or convex have problems. Really flat is ideal.

Q: Let’s talk science.
A: There’s been a lot of research done on why and how a stone skips. A French science institution [the Institut de Re-
cherche sur les Phénomènes Hors Equili- bre] developed a machine that would throw an aluminum disk onto a surface of water. They came up with what they call the magic angle, which is about 20 degrees. If you can get your stone to approach the water from this angle, it will skip the most number of times. 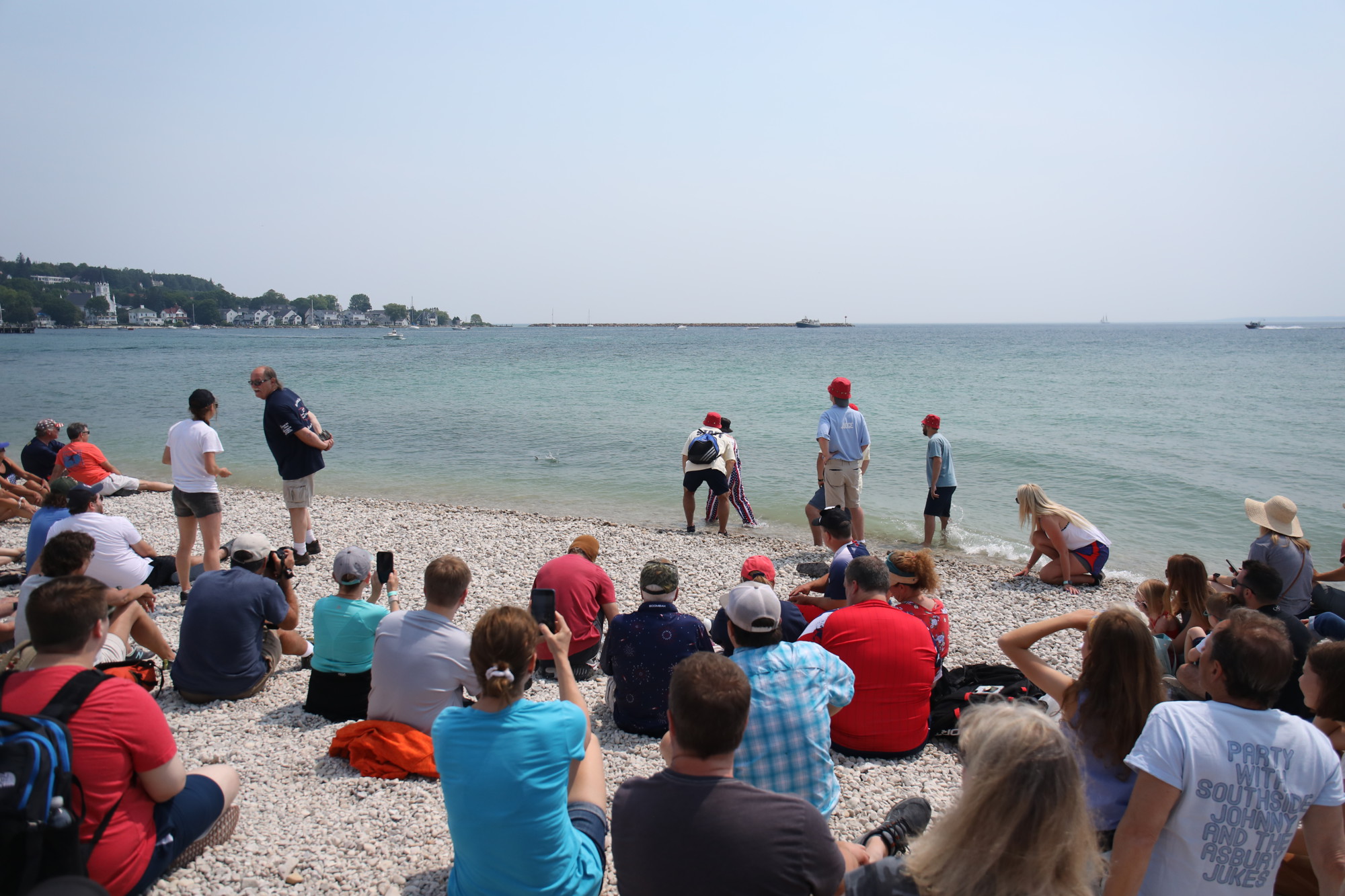 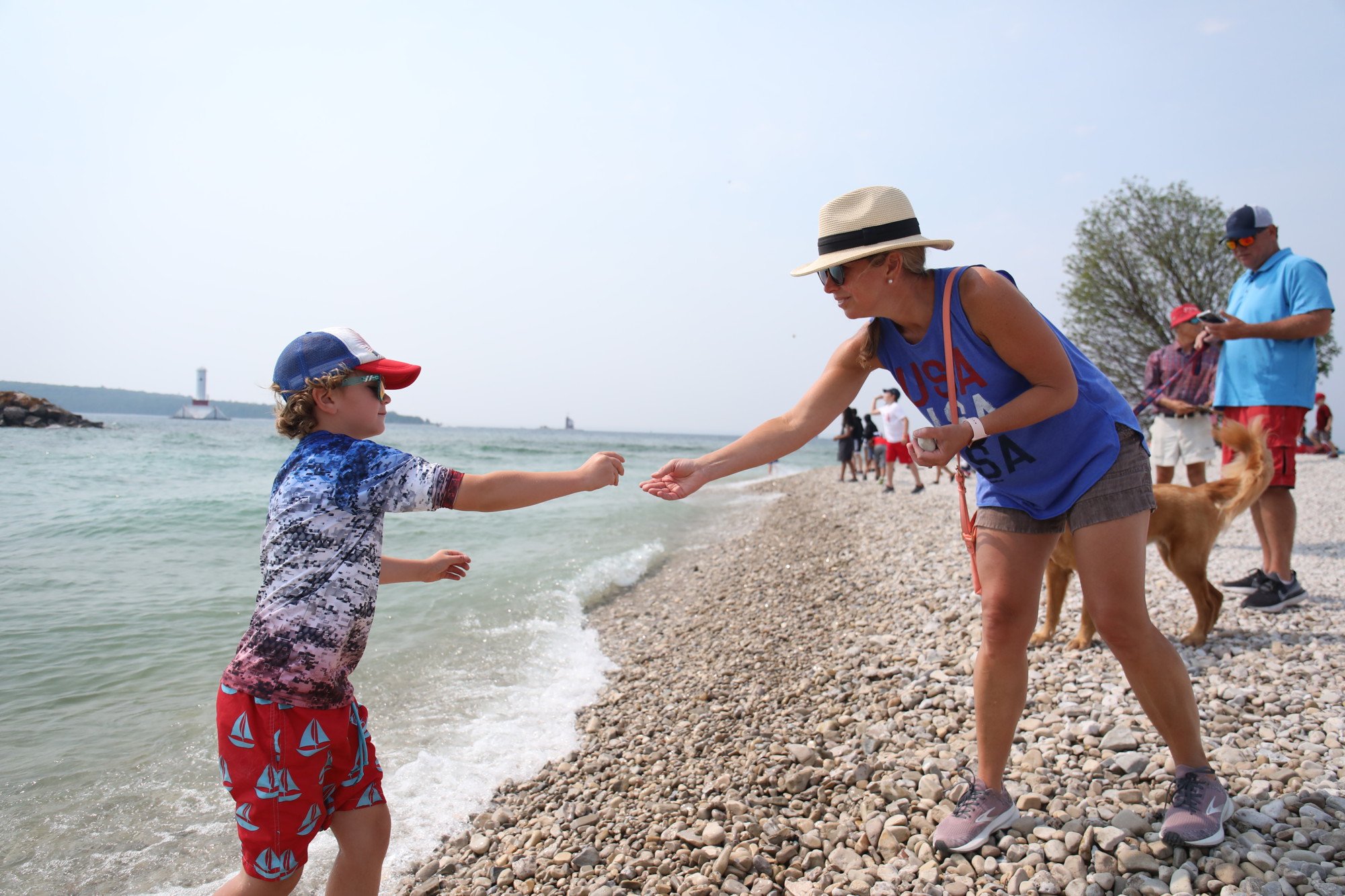 Learn more about this event on the Mackinac Island website or the Stone Skipping Contest page. 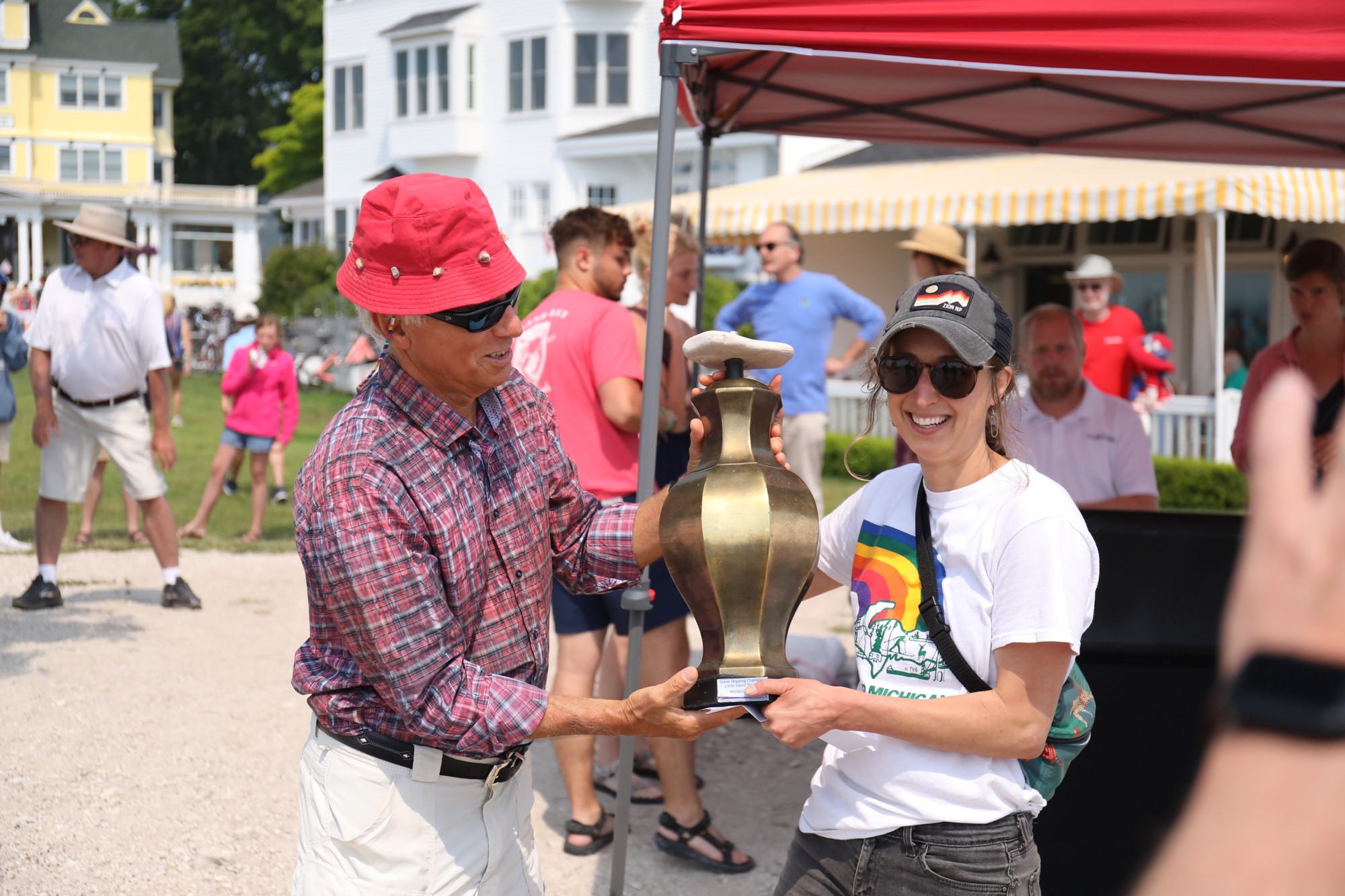