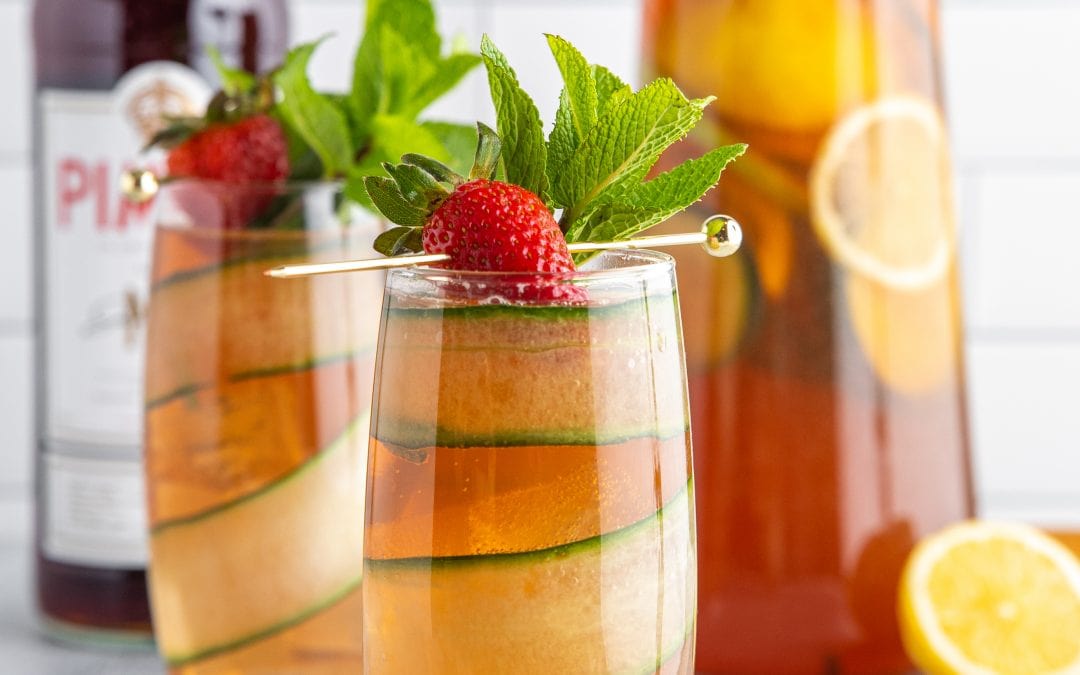 Featuring Michigan’s favorite ginger soda, this month’s Last Call featured cocktail is ready to serve a crowd. Learn how to prebatch this British classic with a Michigan twist for your next lawn party.

I have always wanted to throw a croquet party in June, when the grass in our Northern Michigan front lawn is—finally—that bright early-season green. In my mind, guests would roll up the gravel driveway decked out in all-white outfits, playful argyle socks and straw skimmer hats. After a few rounds of knocking the wooden balls through their wire wickets, I’d serve tea sandwiches, scones and maybe even some Red Leicester cheese. If and when this season-opener ever happens, there’s no question I’ll be pouring Pimm’s.

Just as croquet was popularized in England in the mid-1800s, so too was a liqueur called Pimm’s—invented by barman James Pimm for his London oyster bar of the same name. The gently spiced gin-based spirit remains popular throughout The Old Smoke today and is often served as part of a refreshing, summer-months cocktail known as the Pimm’s Cup. The recipe is traditionally made with cucumber, green apples, strawberries, borage and spritzy British lemonade. Stateside, mint often stands in for borage and 7UP or ginger ale replace the fizzy lemonade. Here in Michigan, we like making a Pimm’s Cup with Vernors. The Detroit-born ginger soda, with notes of oak barrel aging, is a perfect fit for the flavor profile of Pimm’s. What’s more, the cocktail lends itself to prebatching as a punch, which we do here. Grab some cucumbers and strawberries from your favorite Up North farmer, dust off a Victorian-era pitcher, batch the cocktail in advance, and you’ve got enough to serve a crowd—croquet tournament or not. 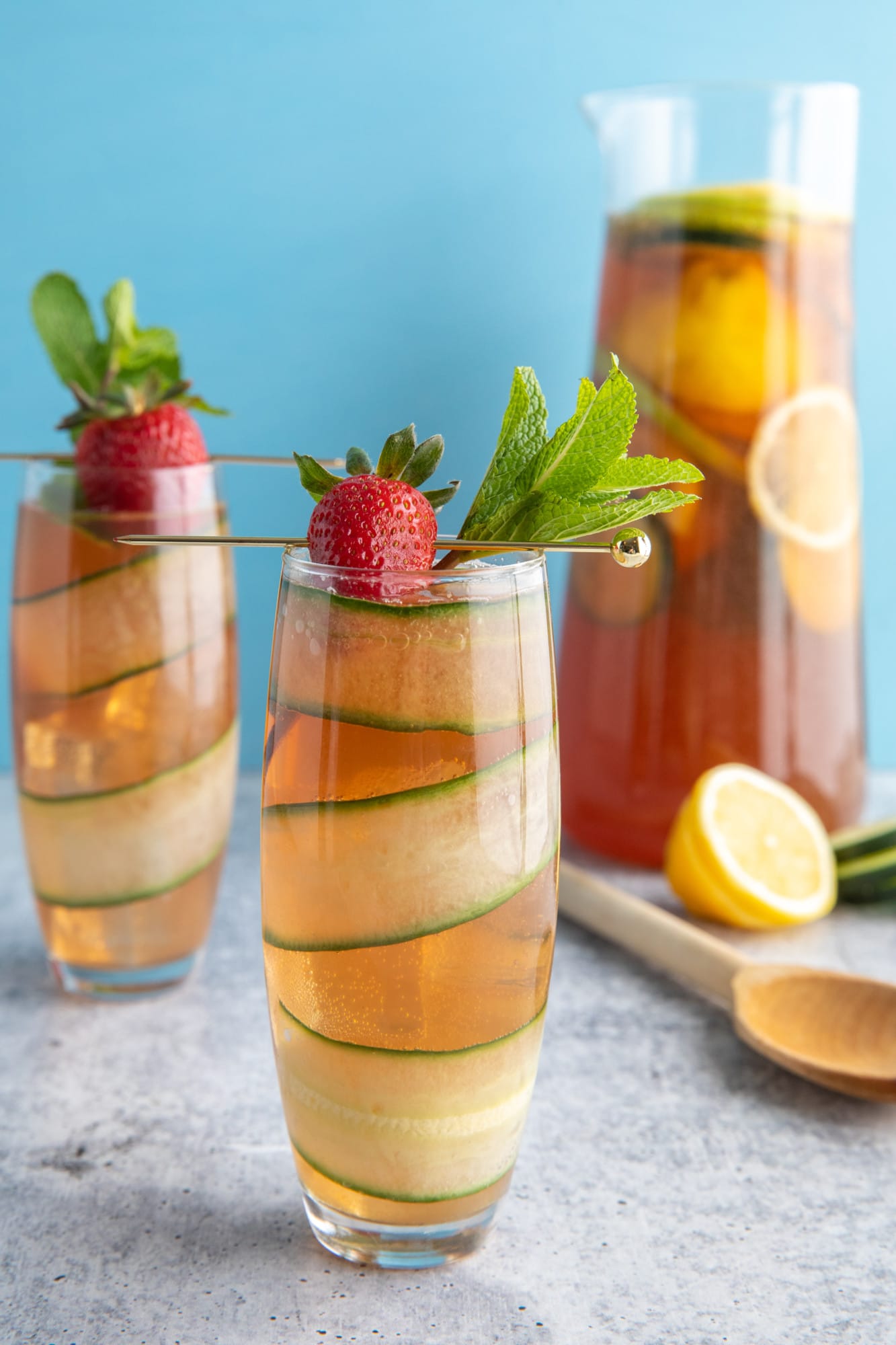 Into a 64-ounce pitcher add Pimm’s, lemon juice, simple syrup, cucumber, apple and spent lemon halves. Just before serving, add Vernors and soda and give the mixture a bloody good stir with a wooden spoon. Fill Collins glasses with ice, pour punch into glasses, and garnish with strawberries and mint. 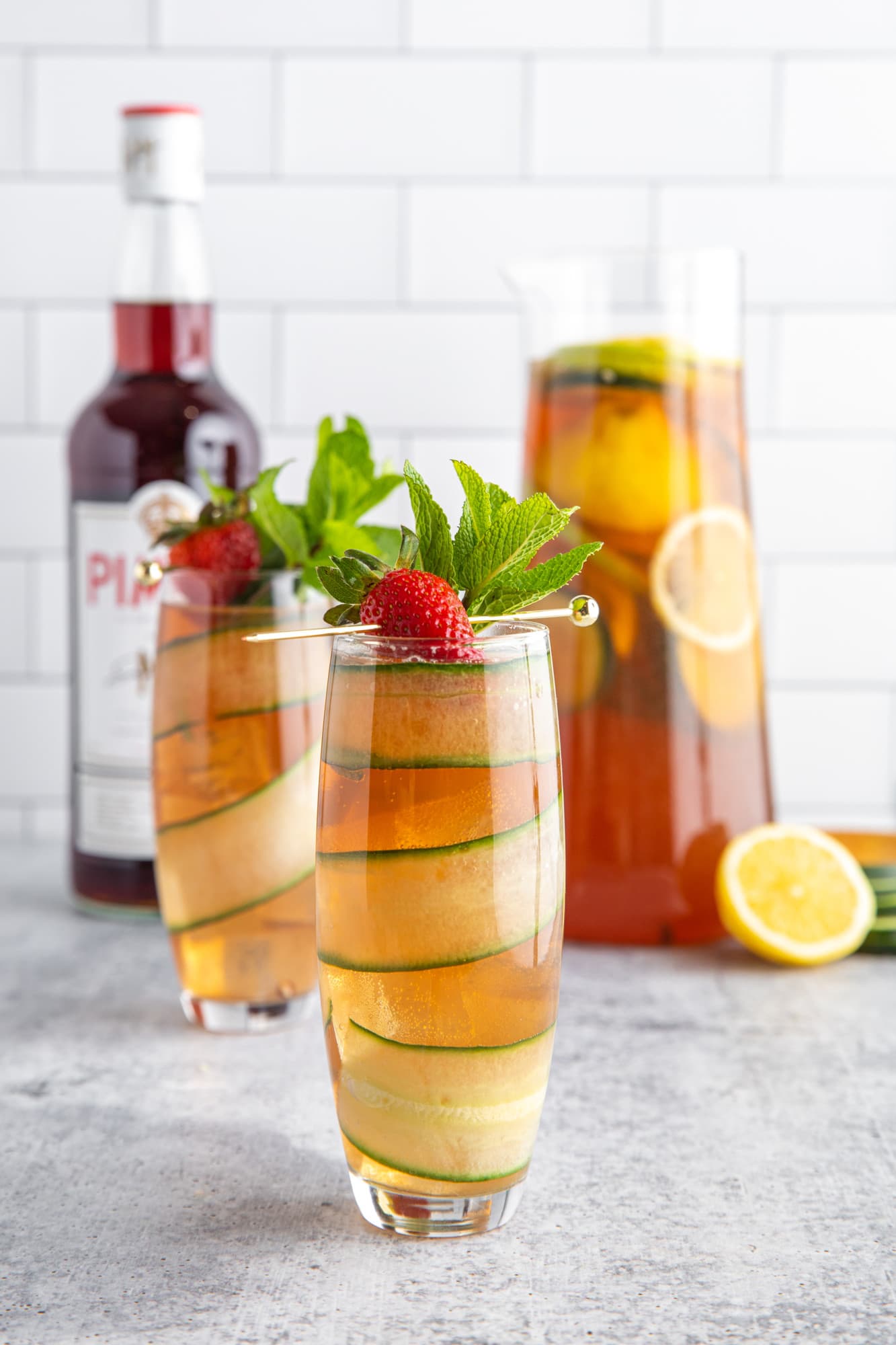 Stacey Brugeman is a Leelanau County-based food and beverage writer and editor. Her work has appeared in Food & Wine, Saveur, Travel + Leisure, Eater and Denver’s 5280, where she served as Restaurant Critic. Follow her on Instagram @staceybrugeman.