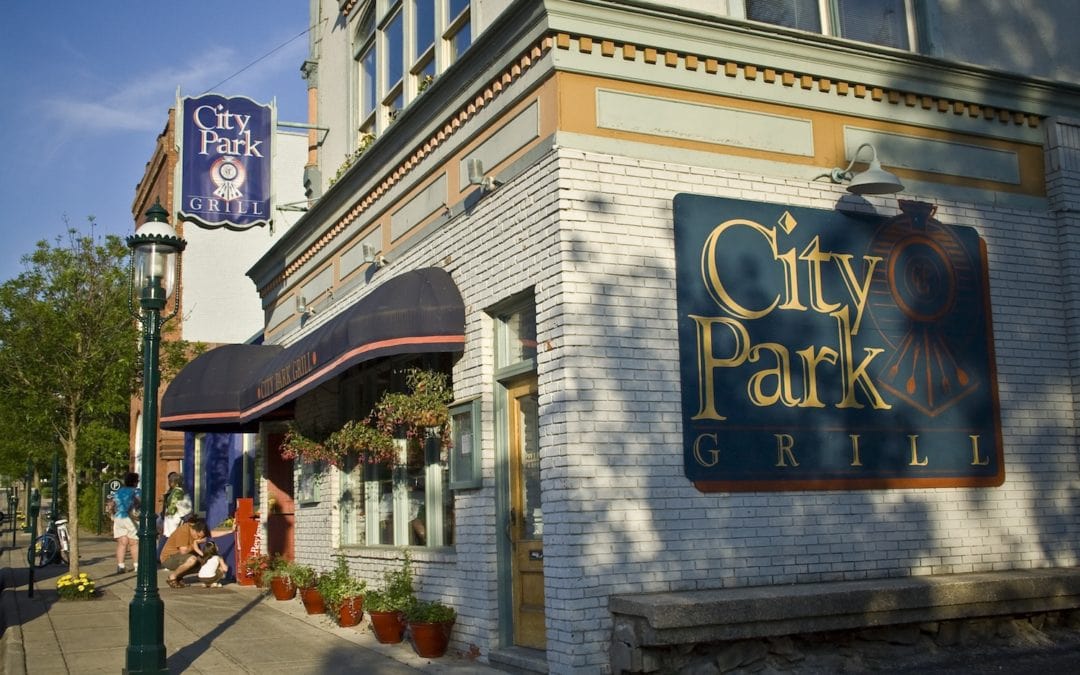 This is an official press release brought to you by MyNorth News Service and City Park Grill.

City Park Grill is housed in one of Petoskey’s oldest buildings, originally constructed in 1875. McCarty Hall, as it was then known, was a males-only billiard parlor that offered cigars and “intoxicating beverages.”

In 1888 it was called the Annex and provided dining and entertainment for guests of the Cushman Hotel. The 32-foot solid mahogany bar was installed at that time. In 1910, the owner added a bowling alley in the basement. With the beginning of Prohibition in 1918, the owner quietly broke the law and provided underground tunnels for the convenience—and anonymity—of his customers.

The young Ernest Hemingway, whose family had summered on Walloon Lake, became a frequent guest. He would sit at the second seat from the end of the bar and write the material that eventually would make him world-famous. His story “A Man of the World” makes mention of the Annex and surrounding buildings.

By 1932, the business was named the Park Garden Café, and for the next 50-plus years it saw a succession of owners.

In 1997, Bob and Mary Keedy, Dick and Laura Dinon, and John Norman purchased and renamed the restaurant City Park Grill. “It has been an amazing journey,” shares Bob Keedy. “Throughout the years, we have evolved, improved, grown, and expanded to a full restaurant group, along the way. Most rewarding are the friendships we’ve made, many of whom started as employees and restaurant guests.” 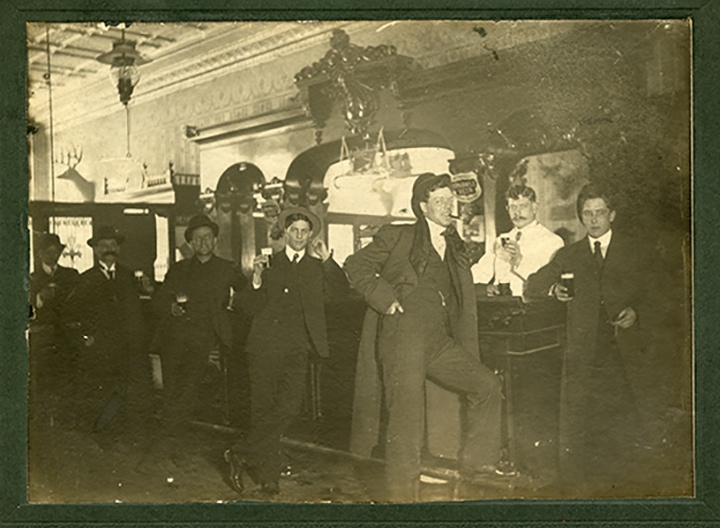 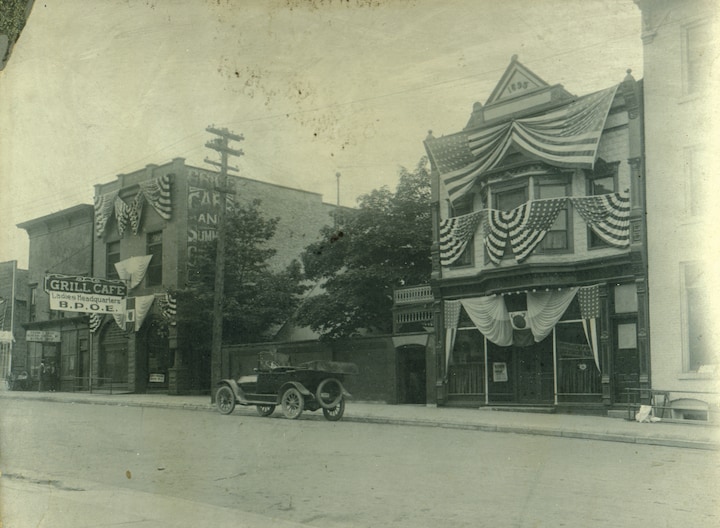 May Events at City Park Grill

EATING FOR OTHERS BENEFIT — Tuesday, May 24
20% of all food sales benefit Brother Dan’s Food Pantry at sister restaurant, Roast & Toast, All Day