Grab & Go: A To-Go Meal in Benzie & The Best Place to Take It 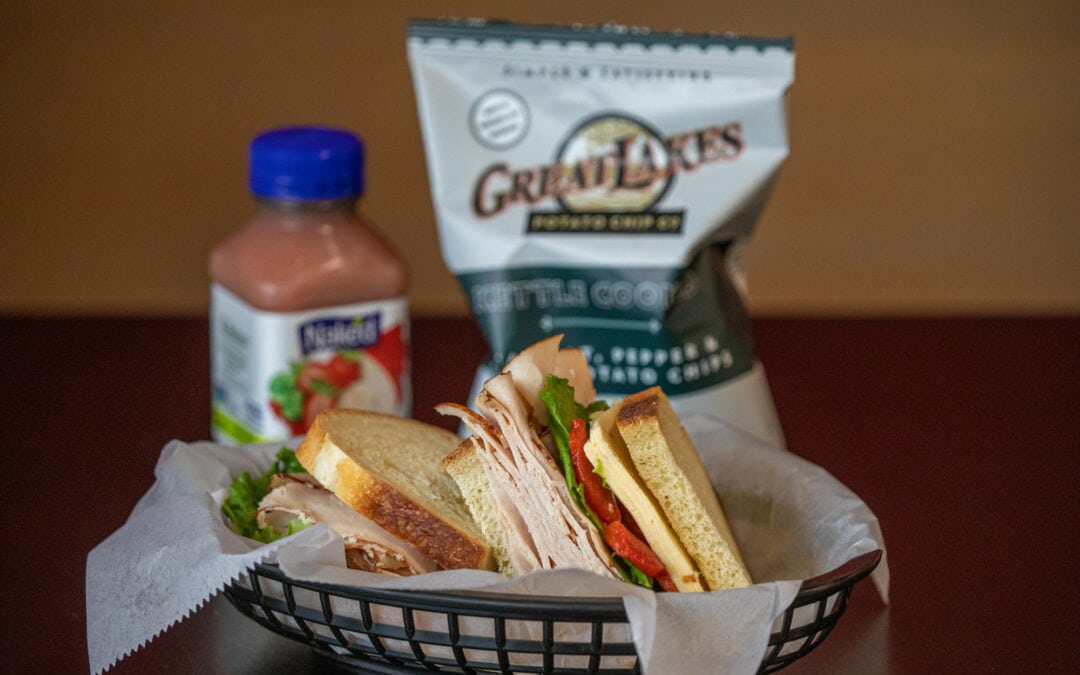 For this month’s Grab & Go feature we’re taking you to Benzie for a stop at L’Chayim Delicatessen and ice skating over at Benzonia Ice Rink. Here are all the details for this Northern Michigan winter adventure!

A monthly feature in Traverse, Northern Michigan’s Magazine, Grab & Go shares a ready-made meal and the best place to take it in Northern Michigan. Interested in viewing these Grab & Go features before everyone else? Subscribe to get Traverse delivered to your door to view the articles before they go online.

L’Chayim has been a Benzie County favorite for nearly 30 years, with the year-round Beulah deli opening in 1992 (the Frankfort location is open seasonally May–October). Co-owner Jonathan Clark grew up in Beulah, moving to Portsmouth, New Hampshire, for a few years after college. It was his first introduction to bagels, corned beef and pastrami, and when he moved back home, he knew he wanted to start a Jewish deli. Three decades later, you know they’re doing something right. The bagels are baked fresh daily, the cream cheese is made in-house, too, and the cookies are big and melty. Plus, there’s a full lineup of sandwiches.

TO TRY: The Tripoli—turkey, ham and hard salami layered with provolone, lettuce, tomato and mayo on Jewish rye—or the Tel Aviv—roast turkey with a kick of pepper jack and roasted red peppers with lettuce and honey mustard on pumpernickel. 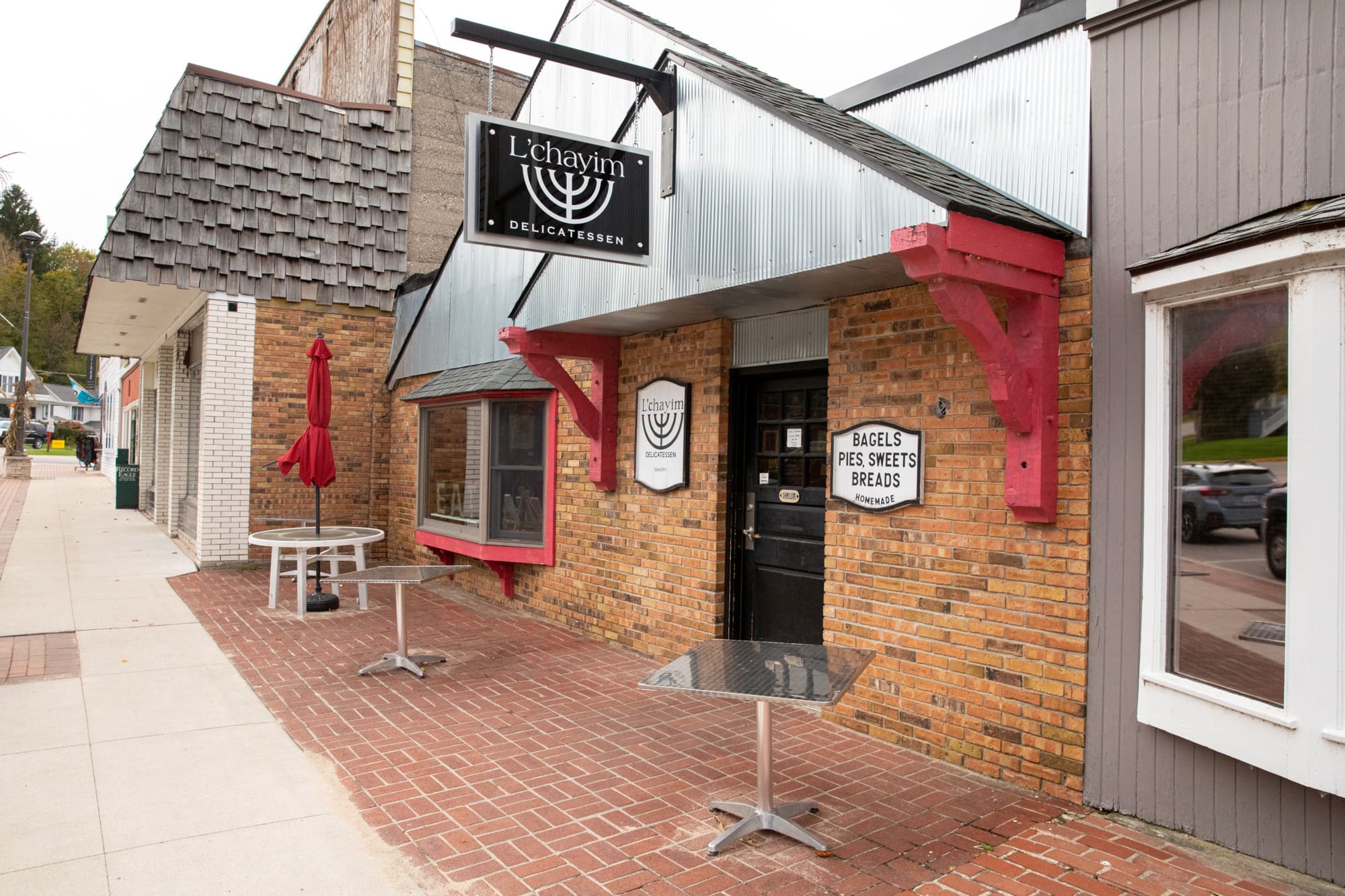 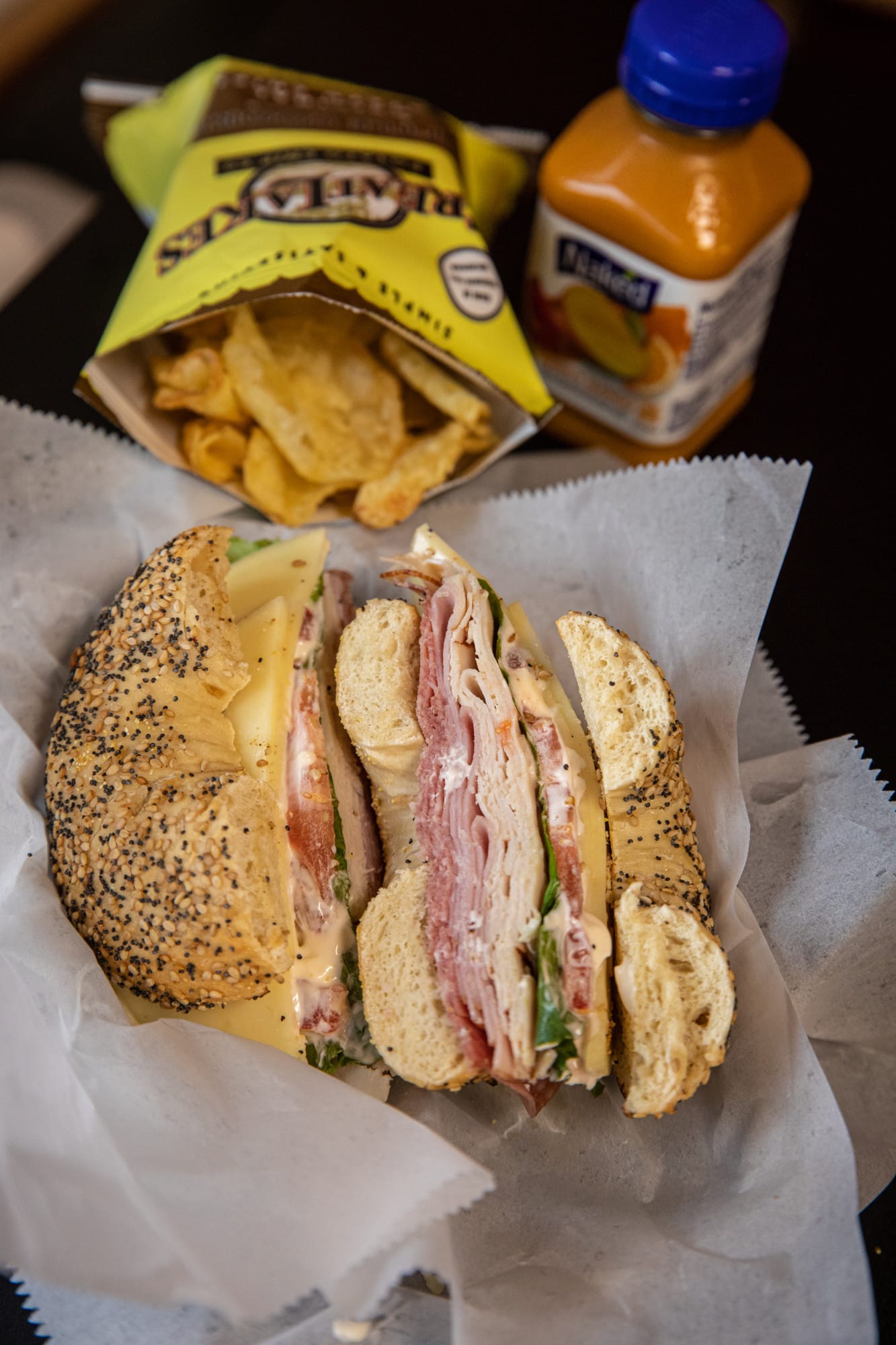 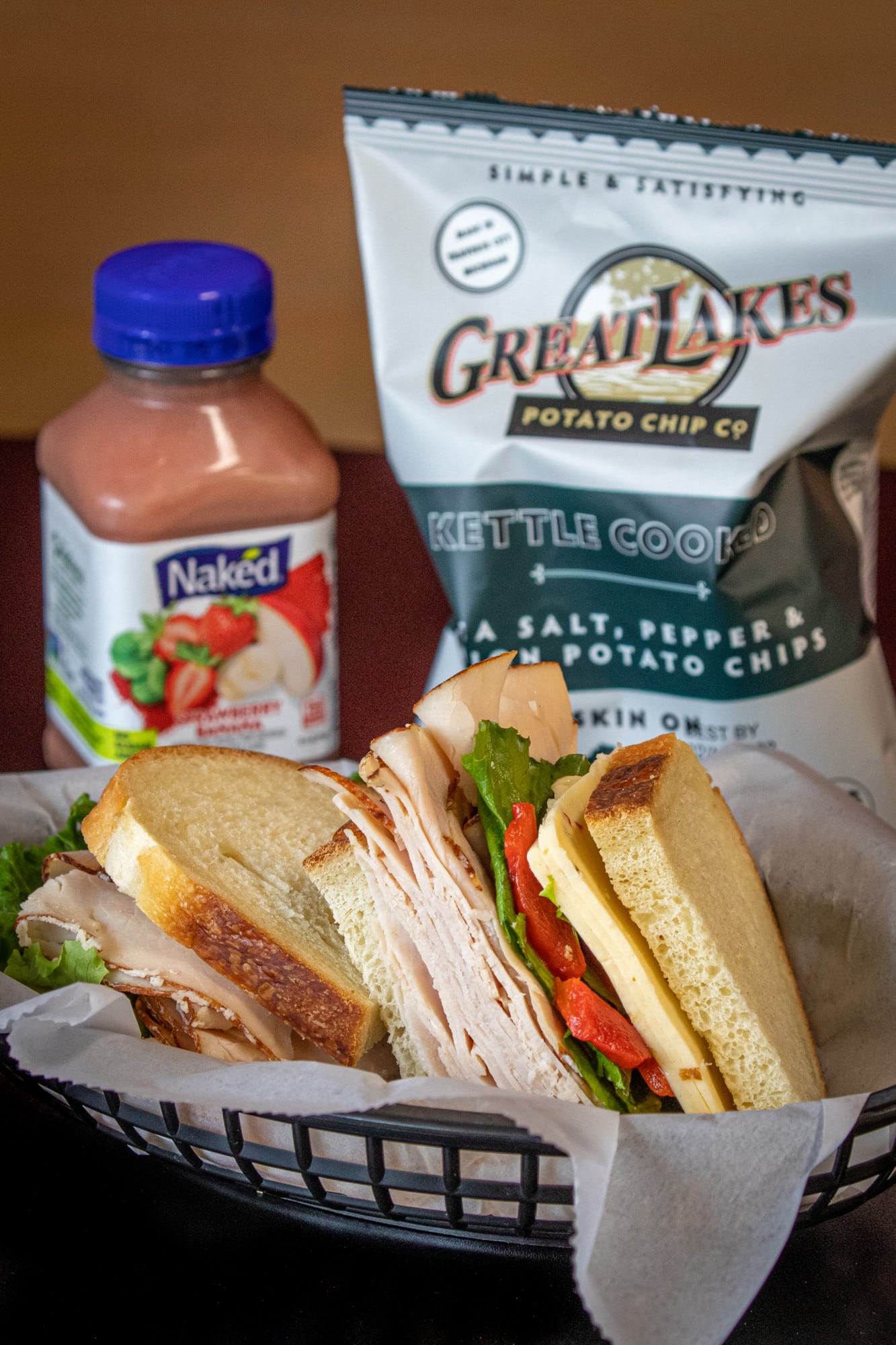 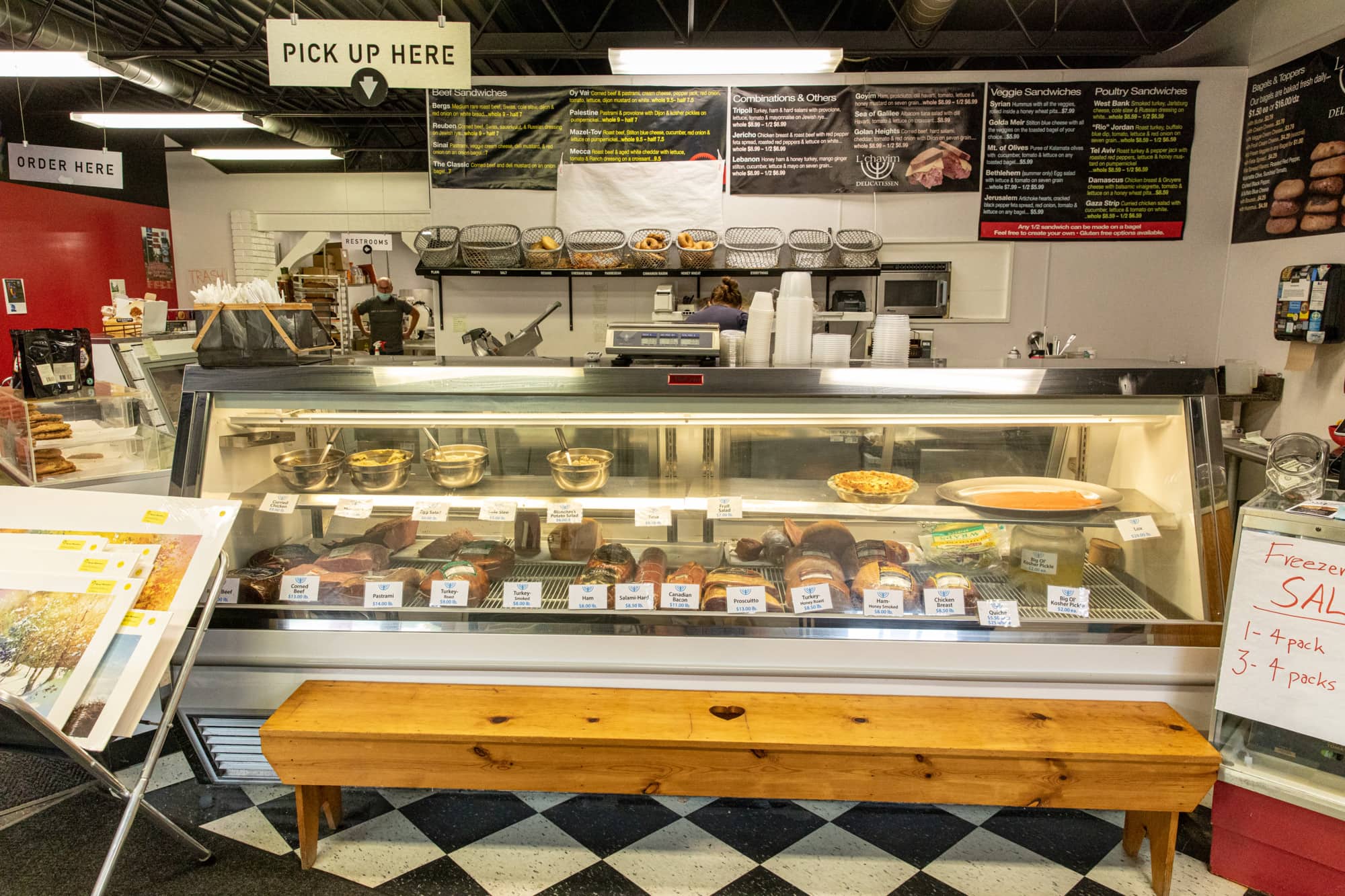 Take your sandwich of choice and your ice skates two minutes down the road to Academy Park (next to the Benzonia Public Library). The ice rink, nearly the size of a football field, is being maintained by Chris Howard, owner of The Cottage Pros, and his team, who hope to have it ready by Christmas break, assuming our Northern Michigan weather co-operates. The Cottage Pros stepped up to build the rink last winter after it’d fallen by the wayside for two years. Chris and Jonathan, of L’Chayim, both skated on the rink as kids, as have many in the Benzie community. The Betsie Current did a beautiful story about the effort and the love it took to get the rink going again, including a free skate lending program created by Dr. Lisa Musgrave, a Beulah dentist, that will be available again this year through the library (benzonialibrary.org). Read the Betsie Current article here and go make your own memories at the rink located at Academy Park on the corner of Traverse Avenue and US-31.