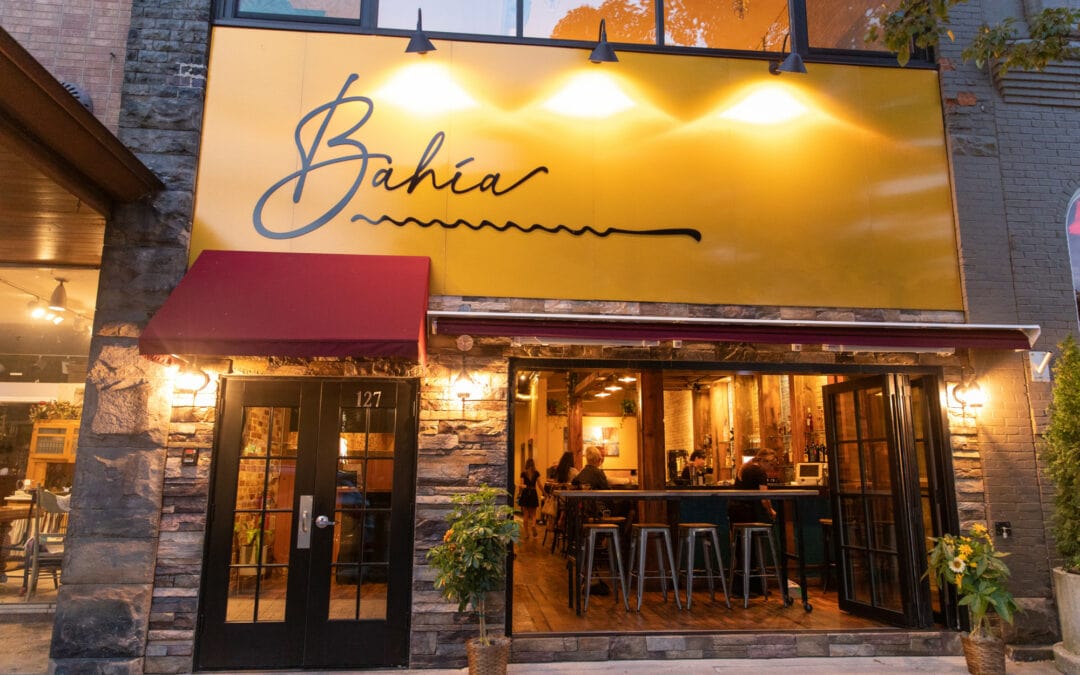 At Bahia in Traverse City, it’s all about sharing a plate. From scallops and ratatouille to local wine and handcrafted cocktails, this may become one of your new favorite Northern Michigan restaurants for when you’re hosting family and friends.

On summer nights, Bahia’s accordion French doors open up, spilling warmth and music onto Union Street in Traverse City. But even on November’s blustery evenings, though the doors are snuggly closed, an irresistible yellow glow invites diners inside for Spanish-Latin fusion tapas and good company.

Bahia, which means “bay” in Spanish, opened downtown in early August, serving a rotating small plates menu along with half a dozen mainstays, including the blue corn tostada with lamb, cotija, red kimchi and lime crema. My favorite, from an August visit, were the scallops, served with a blueberry compote and bulls blood micro greens. The bar has Michigan and Spanish wines, sangria, spiked horchata, 20 taps and a variety of (absolutely gorgeous) craft cocktails. 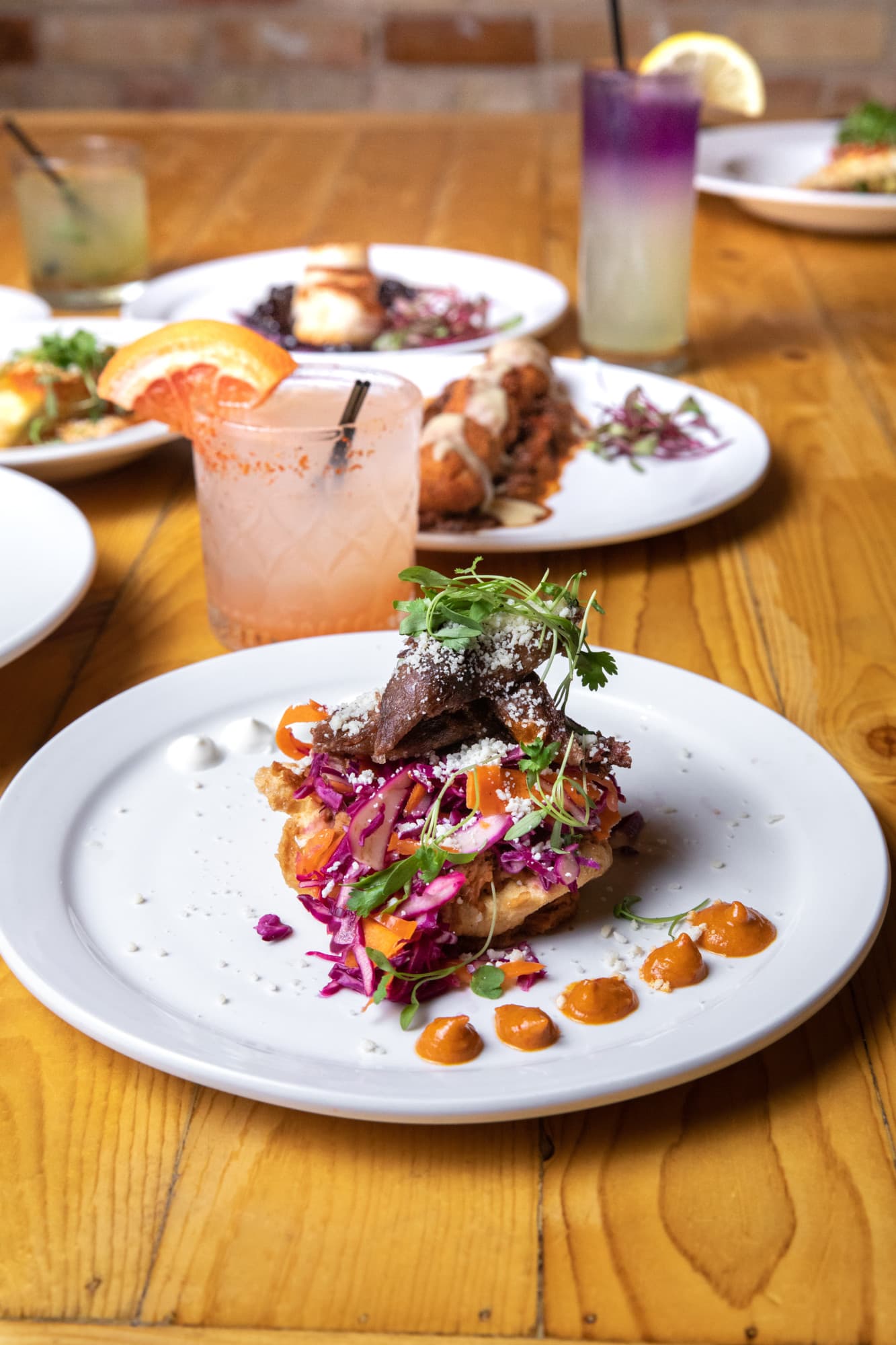 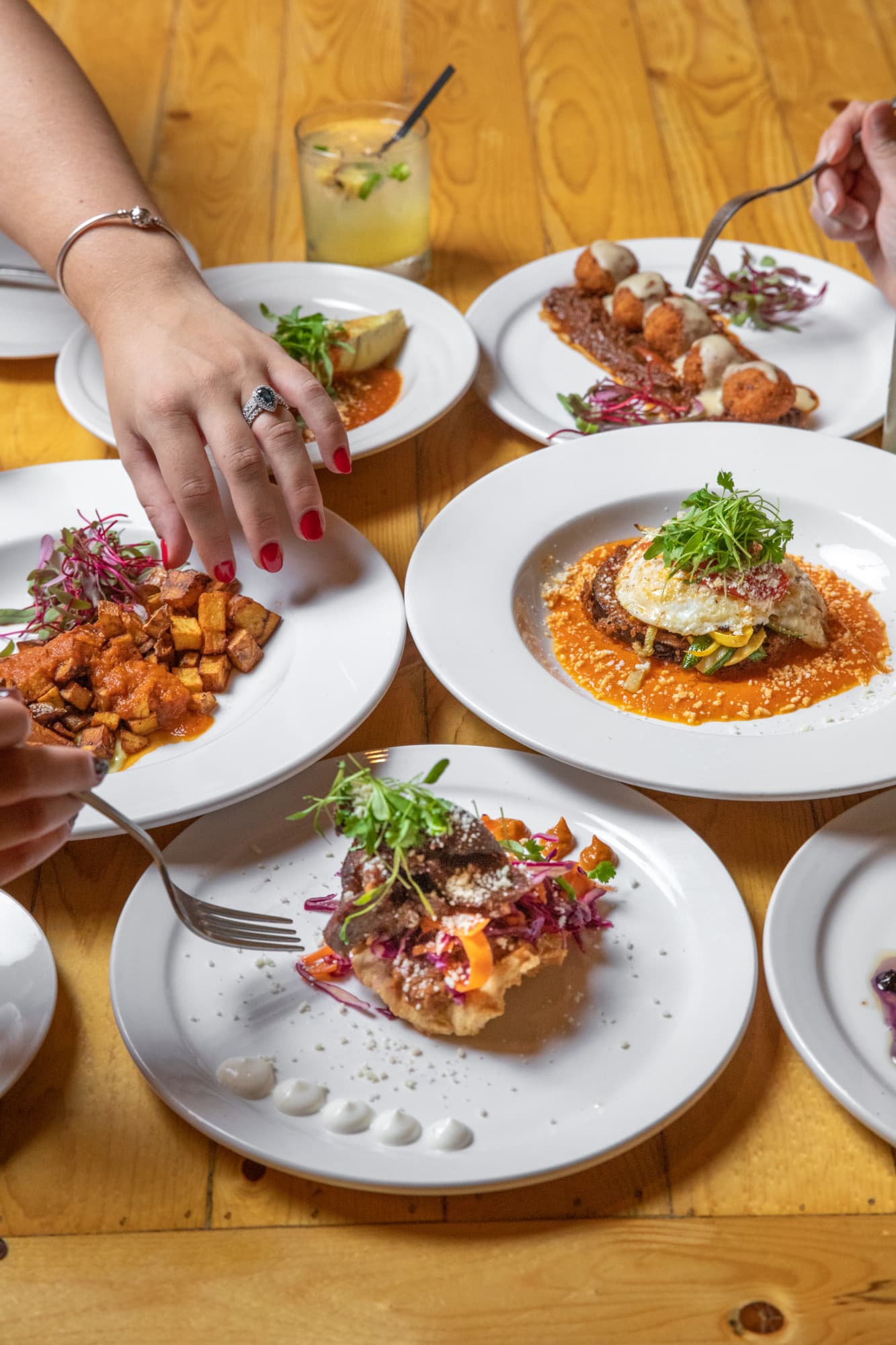 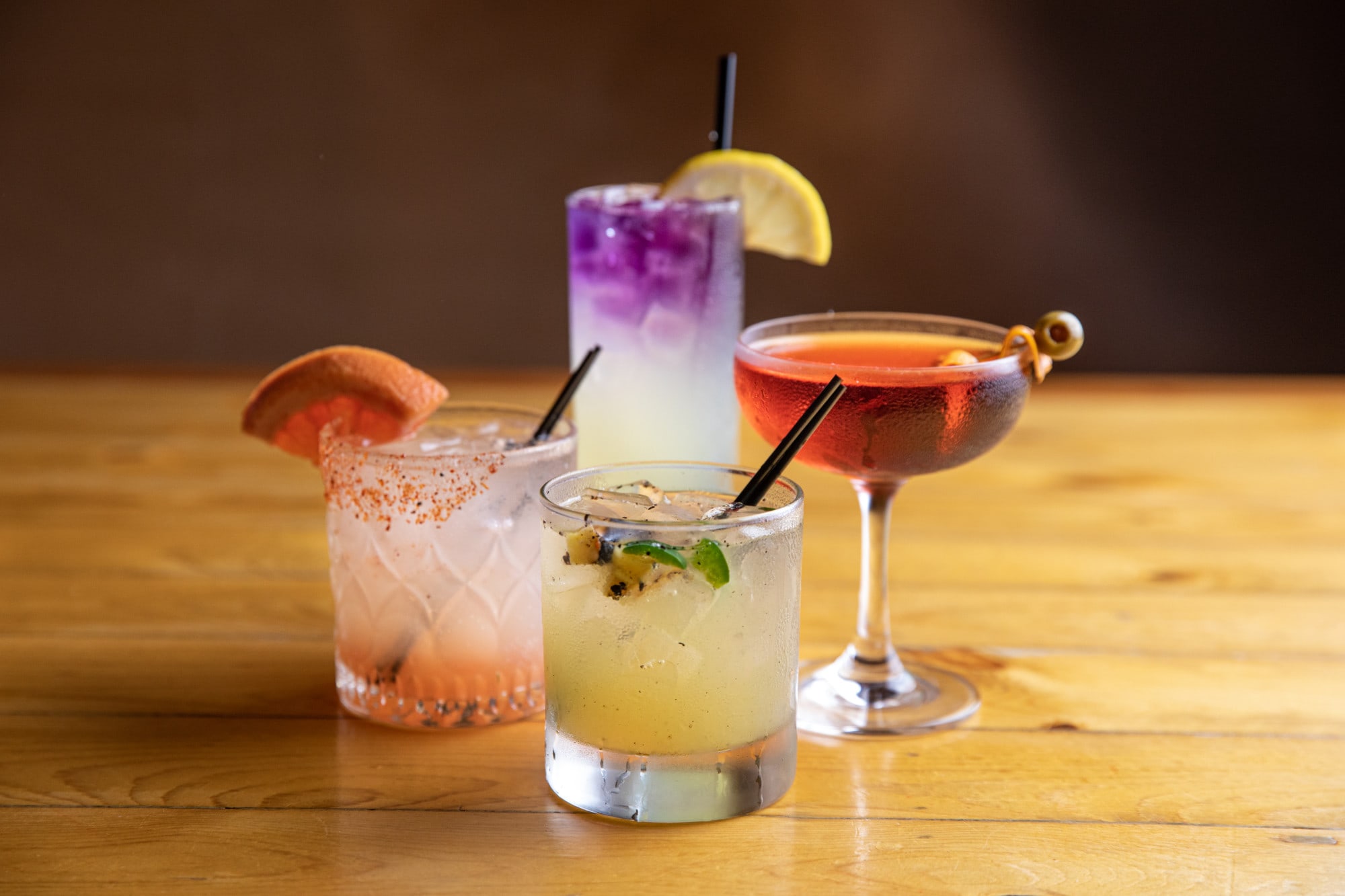 “The whole concept is to put your phone down and talk,” says Chef and Managing Partner Brian Welburn. “That was taken away from us for so long with COVID, and it’s so important in any culture, just being able to talk with people and connect. It’s really important to me, that family-style dining, shareable dishes, here you have some of mine and I’ll have some of yours …”

Another thing to love: Bahia’s late-night menu and live music from 10 p.m. to midnight. While it hadn’t made its debut when I visited in August, Chef Welburn says the music will be “elegant, maybe a little jazzy” to draw in an after-dinner crowd. So, grab a few friends, order a few dishes and get to passing.

Related Read: From Our Cellar: What to Drink this Month in Northern Michigan. 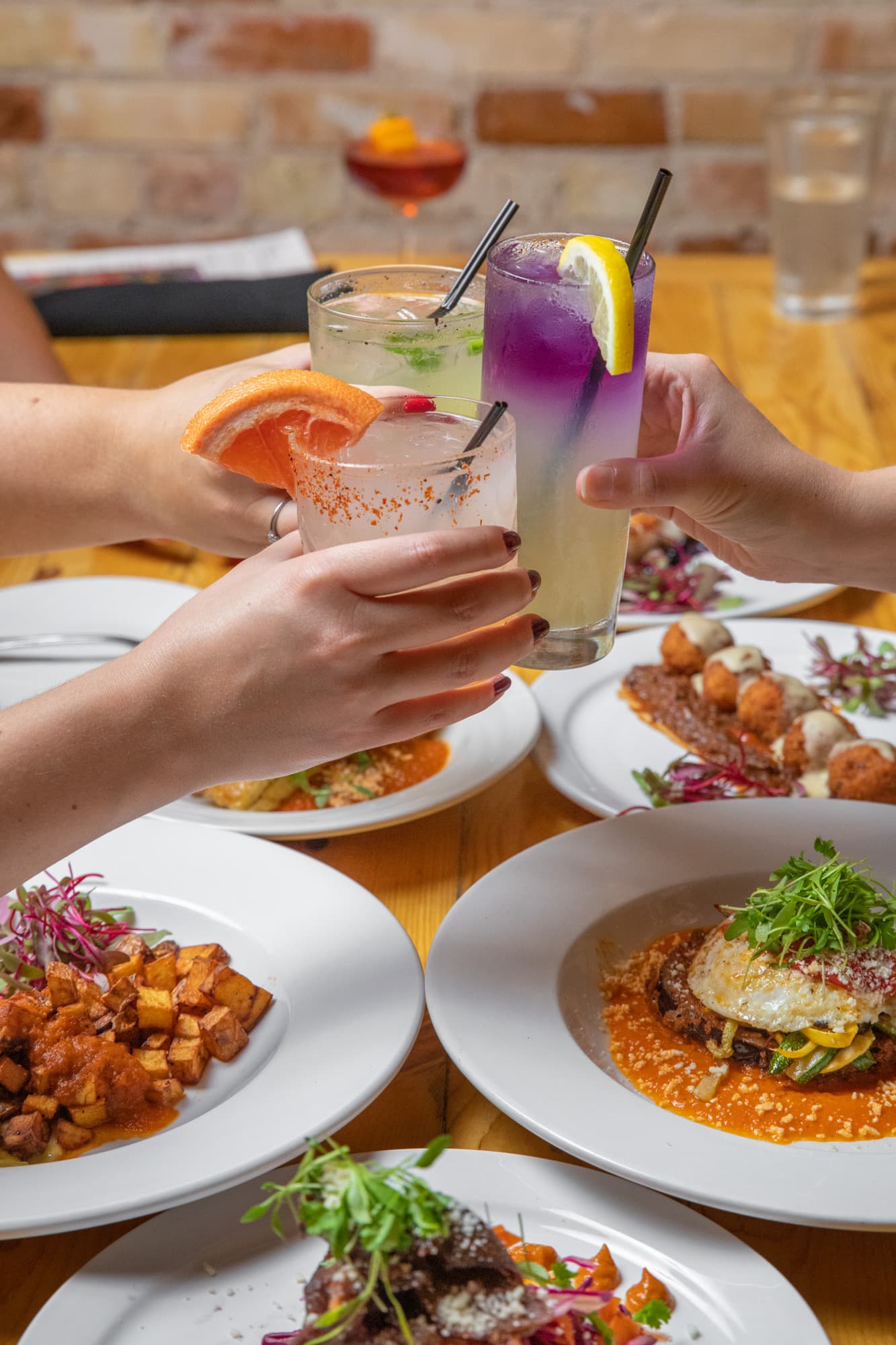 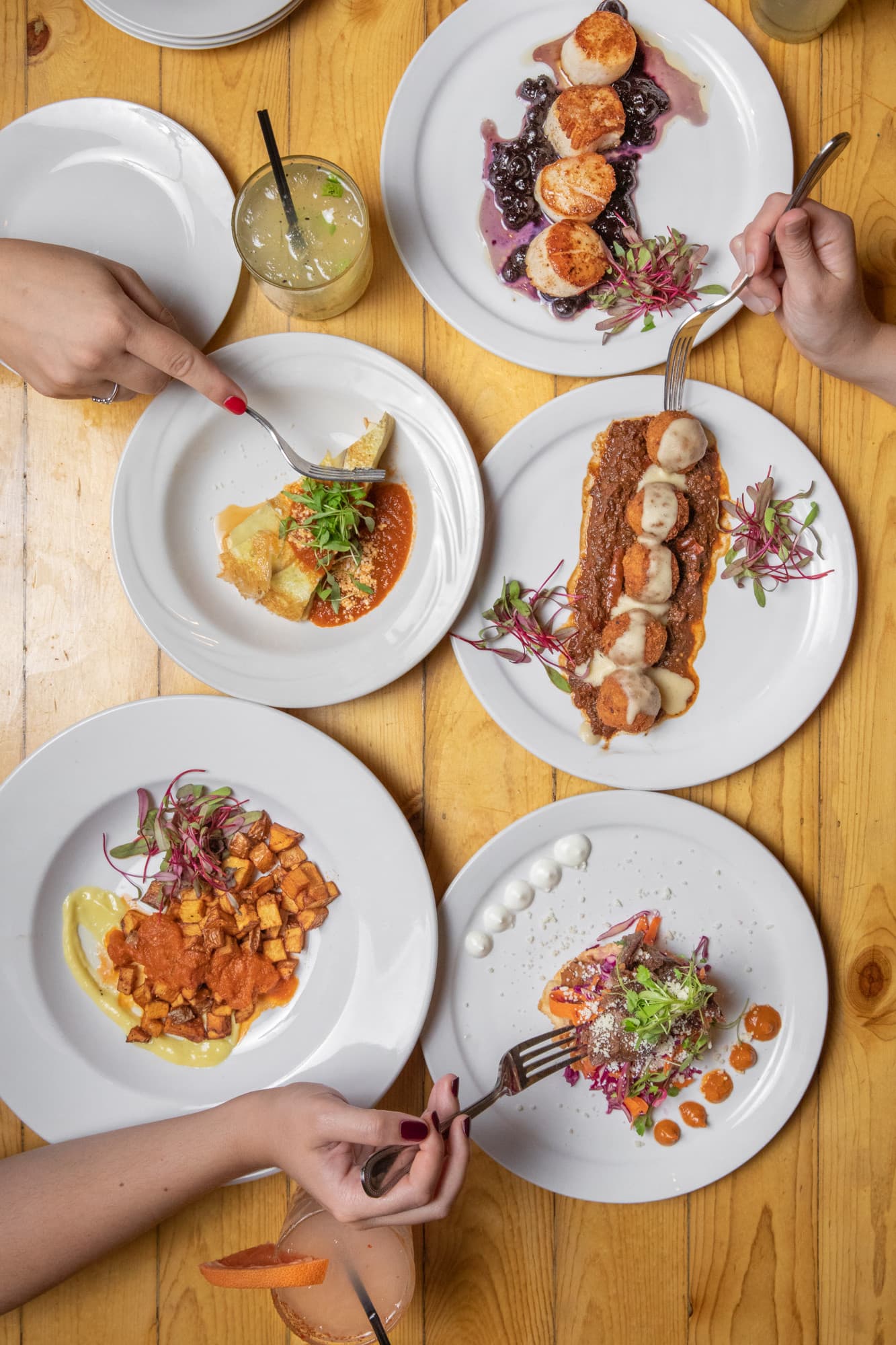