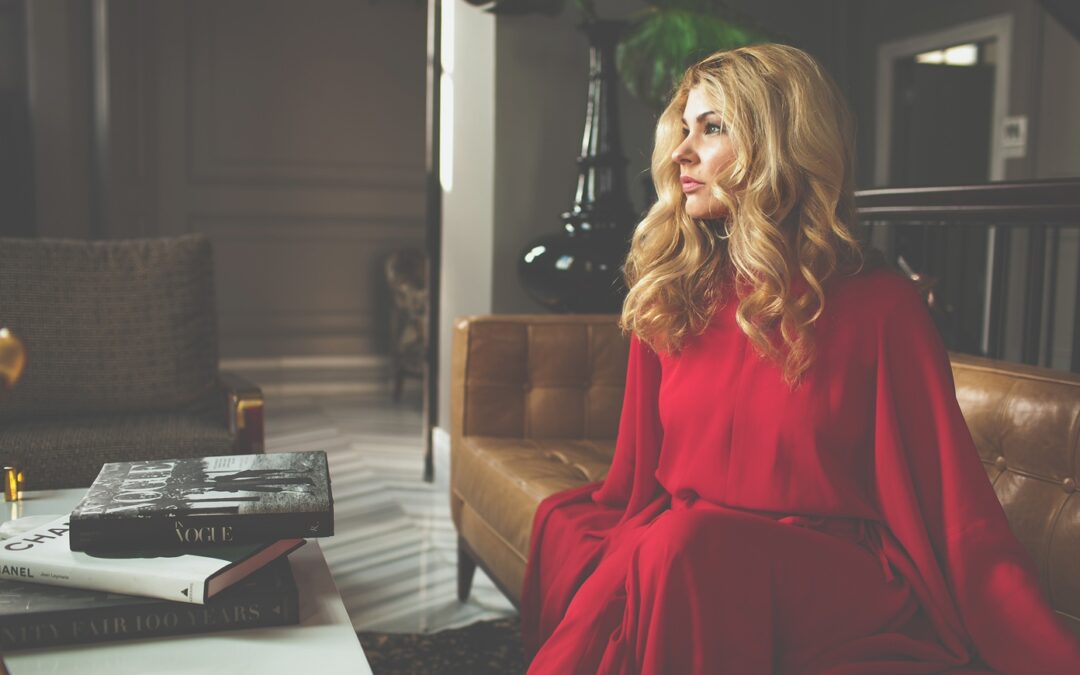 This is an official press release brought to you by The Garden Theater and MyNorth News Serivce.

Frankfort is kicking off the holiday season in a big way! The Garden Theater, which opened back up earlier this fall after several months of restorations, is hosting the first of what they hope to be an annual tradition, Holiday Gala at The Garden. In December of last year, The Garden Theater was purchased by the nonprofit, The Friends of the Garden Theater. Part of their mission is to be more than just a moviehouse and create events for the entire community to enjoy. They are delivering already with a big holiday event showcasing talent from near and far.

Headlining the event will be Emily West, a Nashville-based singer/songwriter known for her duets with Keith Urban, Cyndi Lauper, and heart-stopping performances on America’s Got Talent. Finishing second on her season, Howard Stern said “Emily is the most original singer ever to have performed on America’s Got Talent. She is unforgettable.” She will be joined on stage by Tim Jones and fellow band members from Whiskey Wolves of the West, Jim Bekkering on trumpet from the Benzie Area Symphony Orchestra, and members of the Singer/Songwriter program at Interlochen Arts Academy. West, with company, will be playing her originals, well-known classics, and some of everyone’s favorite holiday tunes. “I have seen Emily West perform many times and I am in awe every single time. Truly a performer that will take your breath away,” says The Garden’s Executive Director, Katie Jones. 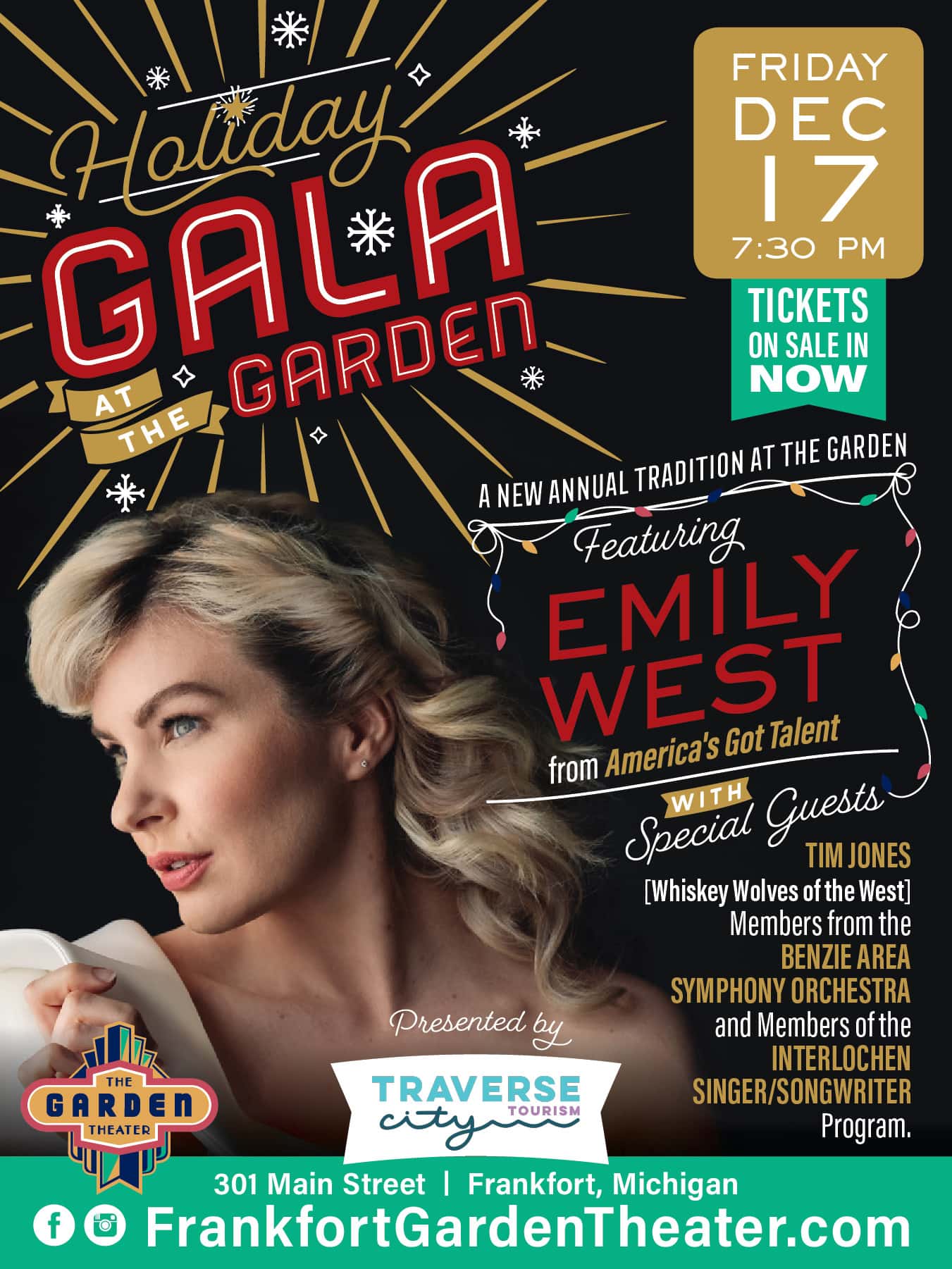 Photo by The Garden Theater

The nonprofit, Friends of the Garden Theater, see the desire for more programming and community events in the town. The Garden is the perfect space to allow for this, particularly live music. The Friends are not the only ones to see this need as Traverse City Tourism is the presenting sponsor for the event. “There is nothing more iconic than enjoying the warmth and hospitality of Frankfort during the Holiday season. When you combine this special season with music and celebration with friends, it becomes magical. Traverse City Tourism is proud to help bring this event to the community and help share the joy of the season,” said Trevor Tkach, President and CEO of Traverse City Tourism.

The newly restored theater will be serving champagne and holiday treats at the event. Tickets are currently on sale. They are $25 for General Admission and $200 for a Cabaret Table in the Orchestra section for 4 guests and a bottle of champagne. Should be a celebratory night to kick off the holiday season!

Searching for More Up North Events?

Visit our Northern Michigan events page or our town pages for local events, happenings, tips and recommendations. You can also visit MyNorth Tickets to learn more about upcoming events and to purchase events tickets.

Photo(s) by The Garden Theater