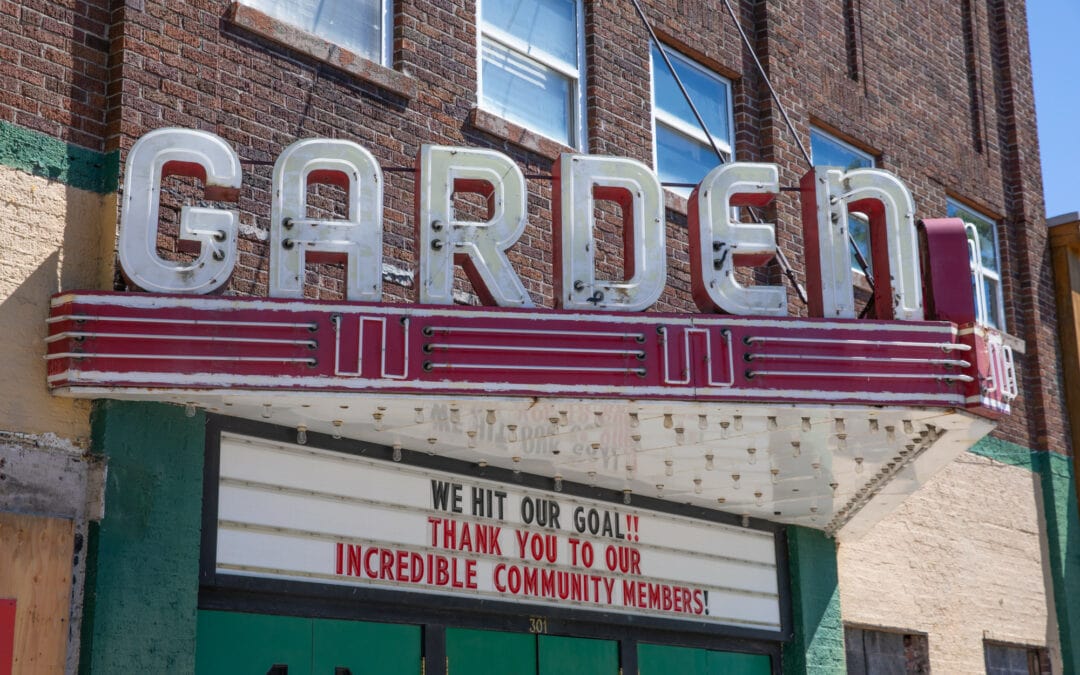 Featuring 19 films, the Frankfort Film Festival is back for 2021 at The Garden Theater. Explore the full lineup and learn how you can get your general tickets or become a VIP ticketholder through their sponsorship program.

This is an official press release brought to you by The Garden Theater and MyNorth News Serivce.

The Garden Theater has been undergoing a massive restoration project since the beginning of the summer. This included a brand-new roof with structural support, new ADA compliant bathrooms, a stage expansion and more. The construction process is coming to an end and the Garden is excited to welcome the community back into the theater for their 13th annual Frankfort Film Festival.

The mission of the Frankfort Film Festival has always been to bring award-winning films from cinematic events around the world to Benzie County’s coastal city, Frankfort. This year is no different. From films like Quo Vadis, Aida? a historical drama nominated for an Oscar, to Language Lessons, a quirky indie film that won an Audience Award at SXSW Film Festival, the Garden has pulled together an eclectic roster of films to make for an enjoyable cinematic weekend.

Included in that roster, are some of Frankfort’s own. Emily Hopcian, a storyteller and content producer, directed and produced DURGA: Forging a New Trail, a short documentary film that tells the story of 34-year-old Durga Rawal, the only mountain guide of any gender from her village in northern Nepal. Hopcian will be presenting DURGA on Thursday night, with a Q&A about the film to follow. The Garden Theater’s own Frankfort48 Film Festival will also be highlighted during the festivities. The filmmakers had 48 hours to create a short film and the 1st, 2nd and 3rd place winners’ films will be viewed on Friday and Saturday evenings. 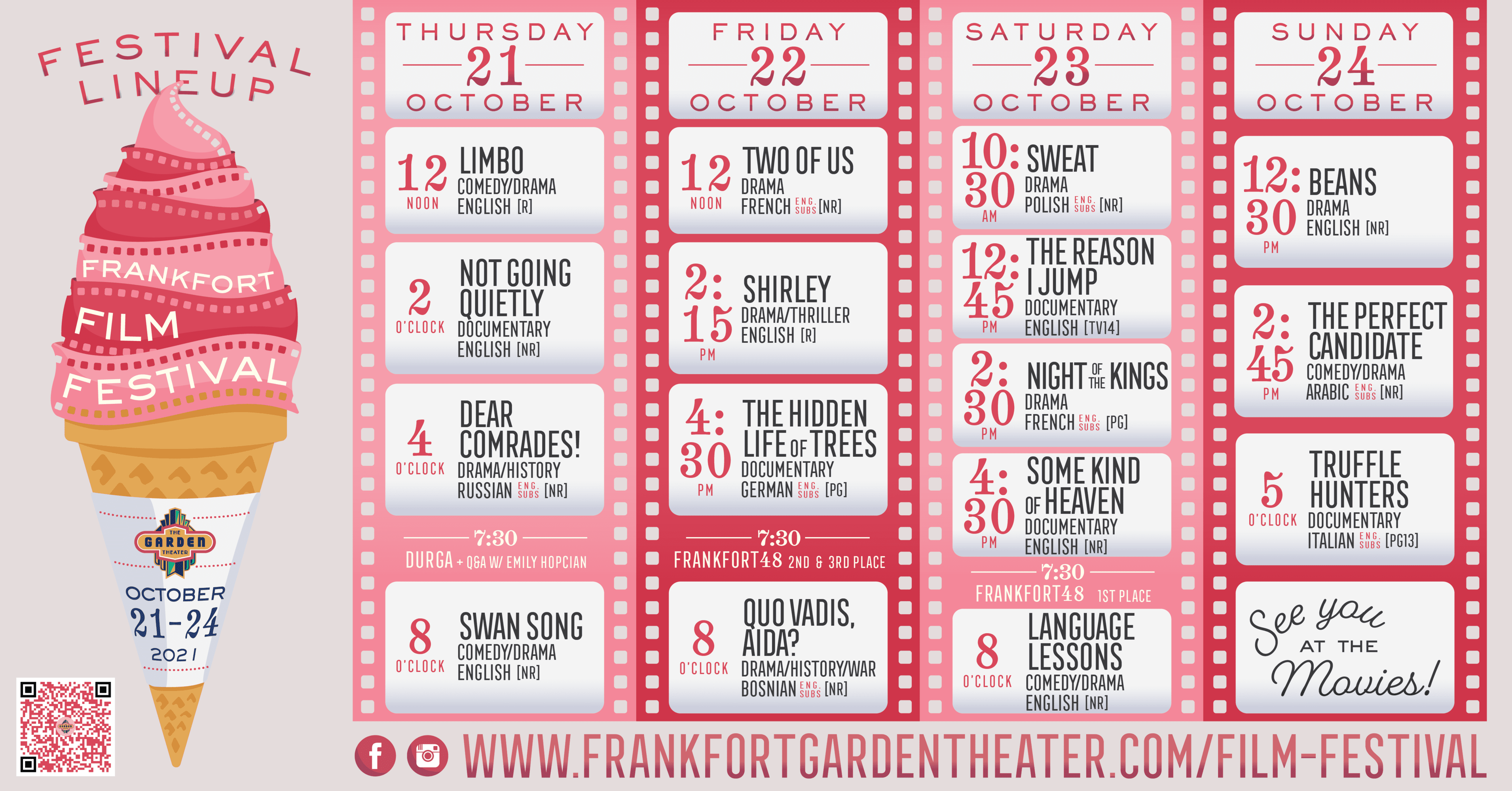 The festival will be kicked off with an Opening Night Party on October 20th at 7:30 p.m. The schedule of films will then follow the next day starting at noon. Nineteen films, a mix of foreign, short, documentary, drama, and comedy, will play over the next four days ending at 8 p.m. on Sunday, October 24.

VIP passes are available on the theater’s website in the form of a sponsorship. At $200, Directing Level Sponsorship allows you a VIP pass to all films, the Opening Night Party, and acknowledgment on the Garden’s website, on the screen before films, and in festival programs. Individual tickets to the films are $12 and will be available for online purchase two weeks prior to the festival and available at the box office one hour before each film (subject to availability).

The Garden is pleased to share that during their construction process, they installed four bipolar ionization air treatment devices to their HVAC system. For the safety of the community, all volunteers and employees will be fully vaccinated and masked. The Garden asks that all attendees wear masks.