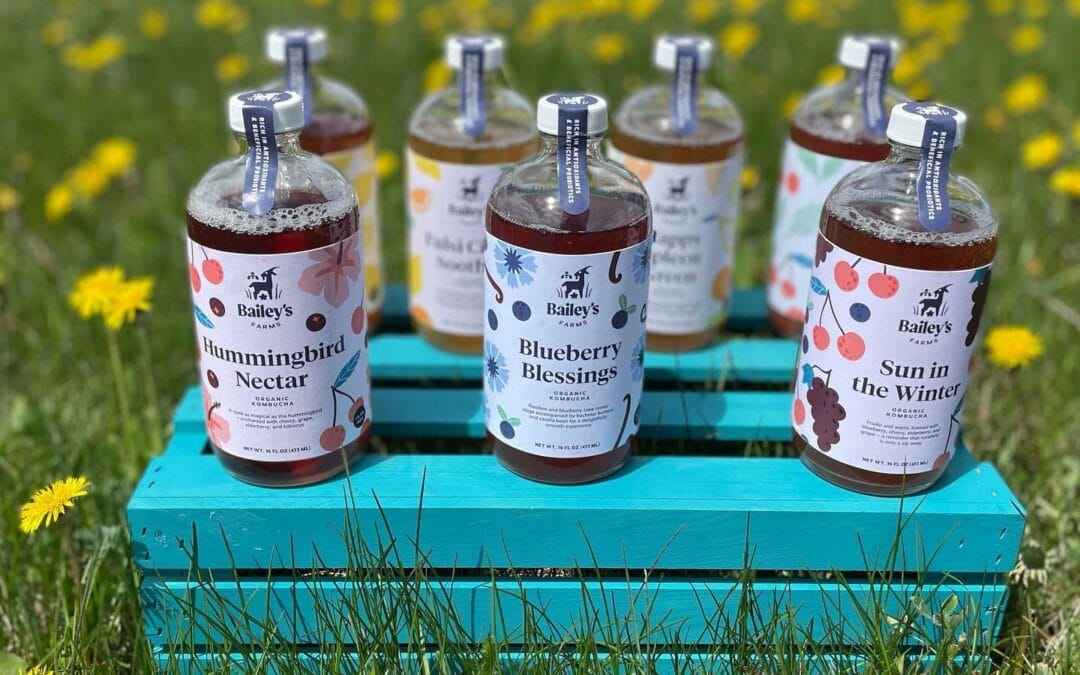 Fizzy, fermented and flowing across Northern Michigan, pour yourself a glass of locally made kombucha. From Traverse City to Marquette, here are three kombucha producers you’re not going to want to miss!

Husband-and-wife team Steve and JC Bailey, and their nephew and brewer Sawyer Porte, use teas from Light of Day Organics—North America’s only Demeter-certified biodynamic tea farm—to craft their kombucha. (A fermented drink, kombucha is made with tea, sugar, bacteria and yeast—alcohol levels can vary, though commercial kombucha is non-alcoholic.) Newcomers to NoMi’s “booch” scene, the Baileys began brewing in March 2021. There are eight flagship flavors—Sun in the Winter (brewed with blueberries, cherries, elderberries and grapes) is the most popular—and new ones rotate in every few months (a creamy Earl Grey for example). The farm portion of the business on Silver Lake Road is home to 20 beehives and five goats, and the Baileys produce small-batch honey, and bar soap and lotion made with goats’ milk.

Buy the Booch: Traverse City and Leelanau farmers markets (find schedules online), Anderson’s Market in Glen Arbor, Around the Corner Food & Fun in Northport, Hansen Foods of Suttons Bay, and Oryana and Francisco’s in Traverse City. On Wednesdays, find Steve and JC at Light of Day from 12–4 p.m. for tastings and garden tours, at least until the snow flies. 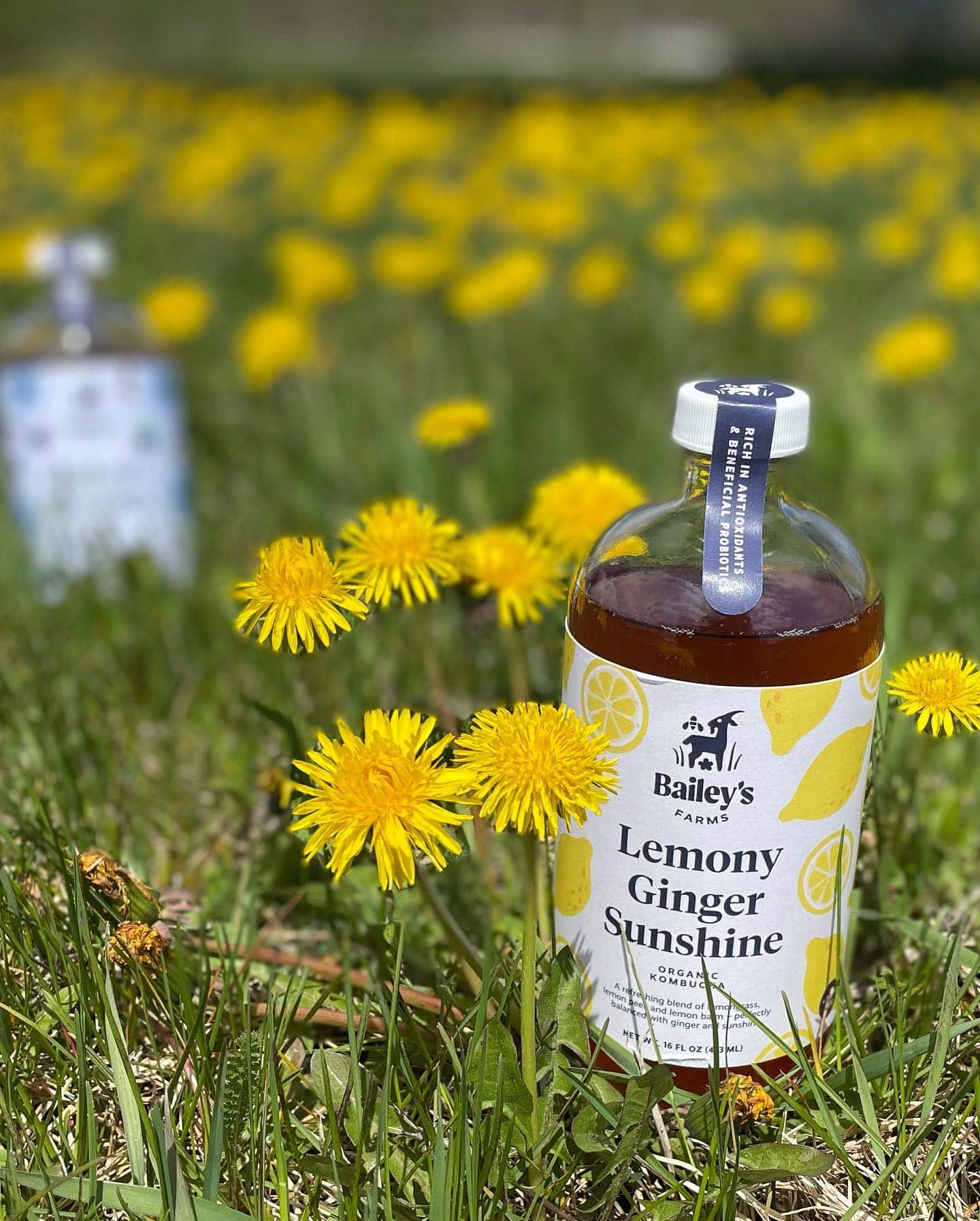 Perhaps a more well-known name in the area, Cultured Kombucha was launched in 2015 by Courtney Lorenz. What started as a small operation with three 5-gallon containers has grown into a 5,000-square-foot facility with a taproom (visit for exclusive flavors on tap that you won’t find in stores, like Nanner Bread). Or, purchase a homebrew kit via the online shop that includes kombucha cultures, ingredients, equipment and instructions.

Buy the Booch: Cultured Kombucha announced a 22-store distribution deal with Meijer in June, and can be found at markets and eateries across the state. Find a location near you on Cultured Kombucha’s website. Those in Traverse City can stop by the taproom (3842 Jupiter Cresent Dr.) or the keg station at Oryana’s 10th street location for growler refills. 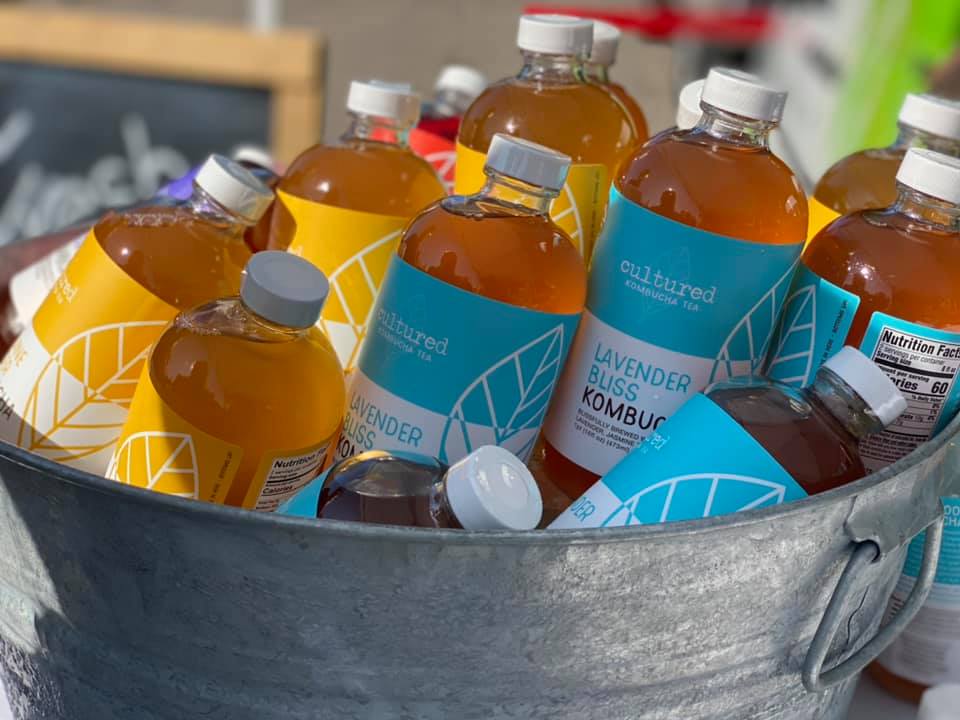 The team at Superior Culture, led by owner/brewmaster Alex Rowland, is constantly experimenting with new flavors, so there’s always something new being poured from the 10 rotating taps. Fiesta (with cilantro, hot peppers and cumin), tarragon fennel and orange juniper are just some of the many that have been concocted. “My favorite flavor at the beginning of fall is definitely Concord grape,” Alex says. “Grape season is especially late in the U.P., and in the fall of 2019, I was invited to pick grapes in a local woman’s backyard. I woke up early on a cold October morning and struggled with finger dexterity as I attempted to clear the vines before the birds got to them. I made some wine with a variety known as Marquette grapes and a massive batch of Concord grape kombucha that made me feel like a kid sipping Welches that leaves a purple mustache. Ever since then, I have been obsessed with the flavor. This year, I will harvest and freeze local Concord grapes for use over the winter months of limited local ingredients.” In addition to alcoholic and non-alcoholic kombucha, Superior Culture also offers nano-brewed beers, ciders, meads and seltzers. This summer, the team debuted a new outdoor stage and there’s live music Thursday–Saturday nights until snow falls. Some exciting changes will also be coming to the inside of the taproom, but we’ll have to save those surprises for a later date.

Buy the Booch: Bring a jug to fill at the taproom (717 3rd St.) or purchase bottled kombucha online for pickup or local delivery in Marquette. 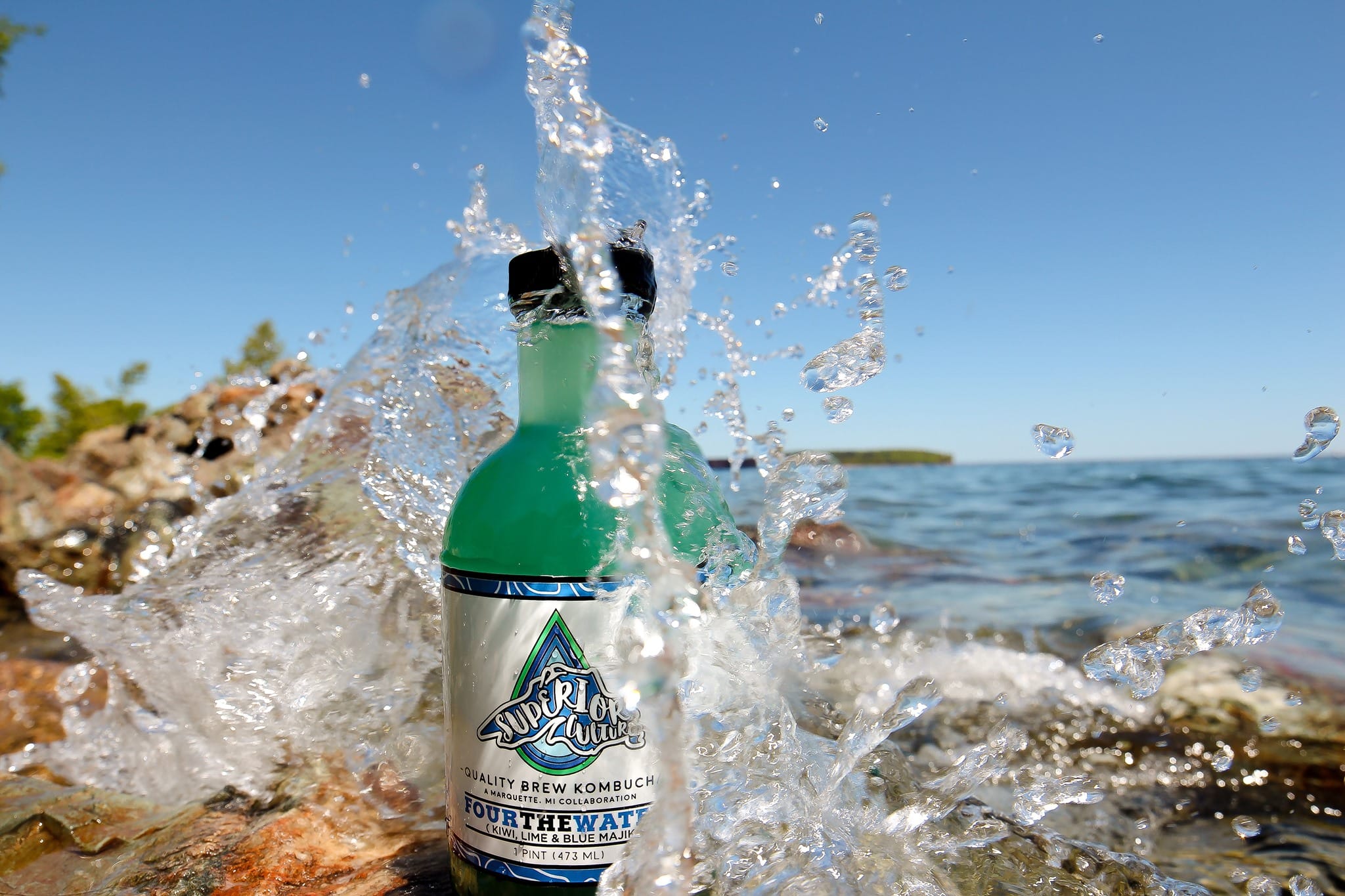