NHC Home Tour 2021: The Why House in Leelanau County 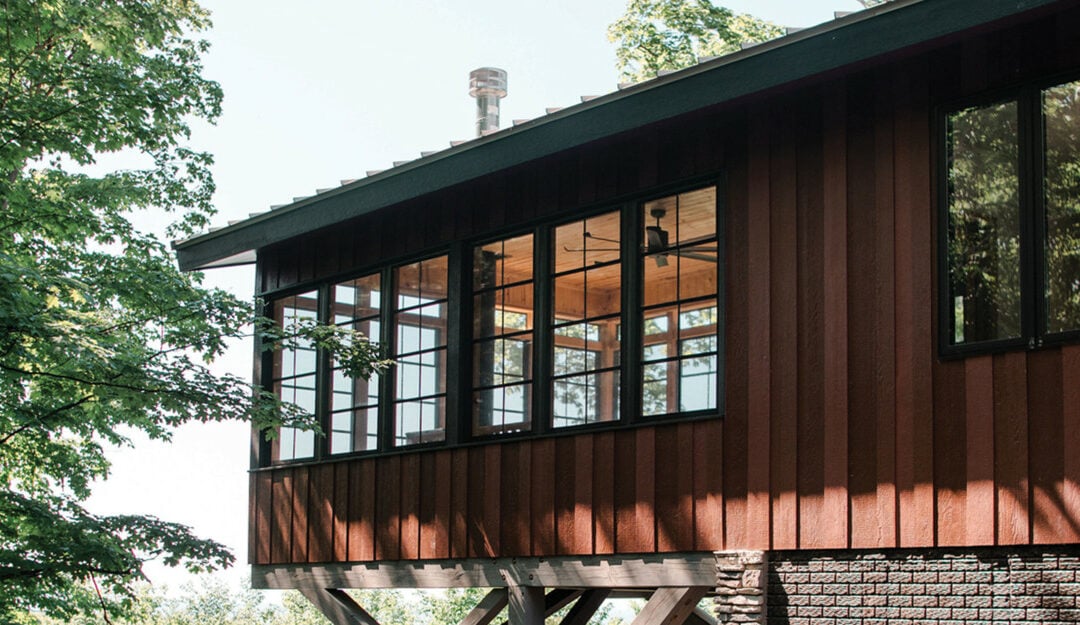 The skills of builder and designer Scott Norris shine in this unique home tucked among the ridges of Leelanau County. Learn about the inspiration behind The Why House and purchase your tickets to take a look inside eight of the North’s most stunning homes, including this one, on the Northern Home & Cottage 2021 Virtual Home Tours.

Every now and then a building site and a builder/designer come together to create something extraordinary. Such is the case with the Why House, built by Scott Norris Construction and designed in collaboration with Scott’s son, Caleb, of Norris Design Productions. The home is situated on wooded ridges with Lake Michigan splashing across the horizon—a view that spans the Manitou and Fox Islands. Scott has made a name for himself for his ability to build and design homes that are at one with their sites, as well as his passion for wood and woodworking.

After viewing several of Scott’s projects, the homeowners knew that he would be a perfect fit for their home. While the husband had some clear ideas about layout, the wife expressed mainly that the home reflect the property, including taking advantage of the stunning water and forest views. Then, almost as an afterthought, she told Scott that she had always loved architect Frank Lloyd Wright’s famous Fallingwater home for its cantilevers over a waterfall. From that point, says Scott, the homeowners gave him a free hand to design the home.

Fallingwater’s design inspired Scott to put two cantilevers into his design—one houses the master bedroom and the other a sunroom. Both spill out over the site’s wooded ridges, placing them at tree-top level, thus exposing the lake views on the horizon and making the home feel as though it is a treehouse. The cantilevers jut out from the great room in a Y-shape, so that the home’s layout resembles the letter—and was nicknamed the Why House by the crew who worked on it. Generous windows make the most of the view; a double-bank of clerestory windows ensures that the home is light-filled from morning until dusk.

Massive Douglas fir ceiling trusses fabricated from repurposed timbers and a hickory floor lend the home an organic modern look that is carried into the kitchen where a waxed, maple-slab island countertop, fabricated from a tree taken down by a storm, sets the tone. Honey-colored maple built-ins, constructed by Scott’s team in their cabinet shop, harmonize with the setting outside the counter-to-ceiling windows. The range butts up to a window (allowing the cook to enjoy the treetop view!).

The exterior is clad in CertainTeed in three different widths and stained in three different shades of redwood to make it feel like real wood. Opposing shed roofs in two different heights, black-framed windows and doors and a facade embellished with a stacked stone wall and handsome trussed portico all work together to make this home a true standout.

Building Resources for The Why House in Leelanau County

Preview More Homes on the Tour! 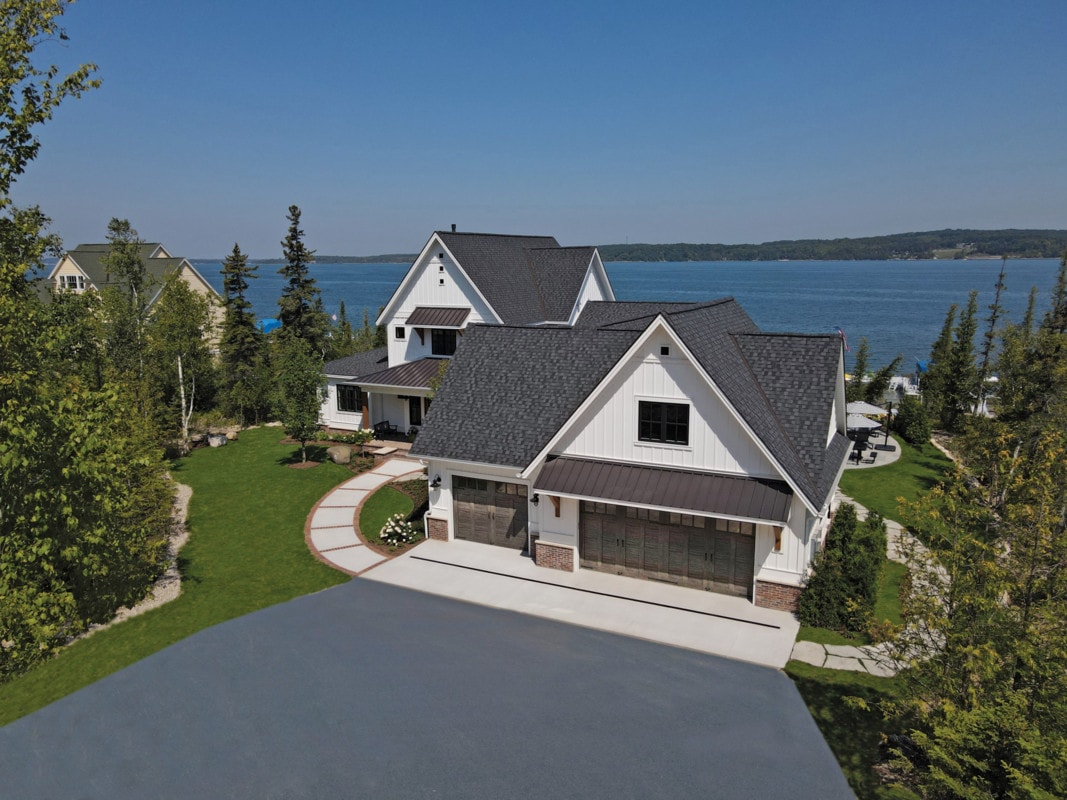