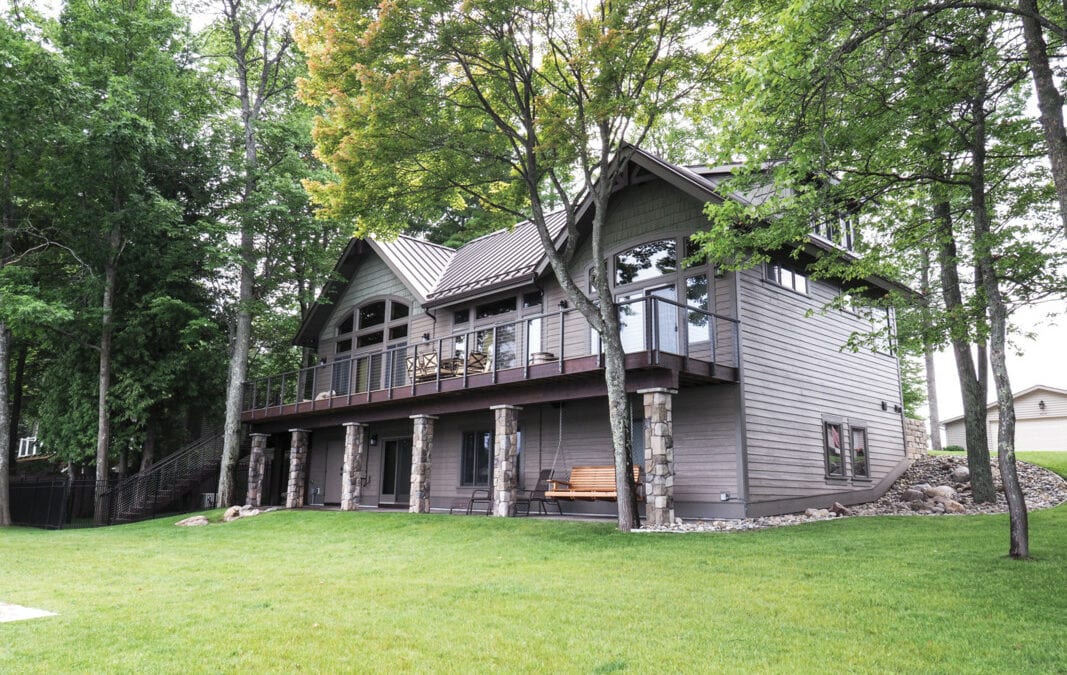 What happens when the best-laid plans need to be scrapped? In this case, the homeowners, with the help of Archer Contracting Company, ended up with their dream Northern Michigan home. Learn about the inspiration behind this rustic Craftsman and purchase your tickets to take a look inside eight of the North’s most stunning homes, including this one, on the Northern Home & Cottage 2021 Virtual Home Tours.

In the beginning, Ralph and Sally Beebe had every intention of remodeling their 1970s-era cottage on Green Lake. With its small windows and chopped-up living area, the home hardly made the most of the site’s lovely lake views. Worse yet, the master bedroom was on the road side, so no inspirational wake-up lake view there!

The Beebes took their ideas to architect Sarah Bourgeois who determined that the home—right down to its foundation and footings—wasn’t worth saving. Rather than being upset, the Beebes were delighted that they had an opportunity to completely customize their home to their lifestyle, from the ground up. To gather ideas, Sally rolled up her sleeves and scoured both Pinterest and Houzz for inspiration, which she shared with Bourgeois. Since the lot is nonconforming, Bourgeois worked within the old cottage’s footprint, creating a plan for a cottage with an open living area that would sleep a number of houseguests. She also delivered on the vaulted and beamed ceiling that the couple asked for, as well as a master suite on the lake side of the home. Then she did one more important thing: Bourgeois introduced them to Bill Archer of Archer Contracting and his project manager, Jason Vanderford. “We were immediately comfortable with them,” Vanderford says.

From that point on, the Beebes describe the working process between Bourgeois, Archer, Vanderford and themselves as extremely collaborative. All put their ideas into the discussion—and the team from Archer Construction, including trim carpenter Shaun Donahue, contributed their carpentry expertise. “It turned out to be a showcase for our team’s woodworking talents,” Vanderford says.

On the exterior, a combination of natural stone, gable truss-work and shingles set the stage for a rustic Craftsman feel. The interior continues the feel with a stone-faced fireplace and kitchen island and an extensive use of knotty alder on the ceiling, trim, beams and custom window valances. Vanderford is particularly proud of the way his carpenters mitered the edges of the vaulted ceiling. “It [the knotty alder boards] came together perfectly, so there was no need for trim,” he says.

The fine woodwork is the backdrop for the Green Lake views that span the home’s lakeside. That vista is accentuated by the way the home is situated so that it appears to be perched right over the water. And that view is repeated in their new master suite—one of the couple’s favorite rooms in the home. “The way the home is set, you don’t see our lawn,” Sally says. “All you see is water. It looks like you are basically on the lake.”

The Beebes can’t say enough about their home and its building process. On a happily-ever-after note, they have become personal friends of Archer and of Vanderford, who has brought his children over to play. “It was all just awesome,” Ralph says. “And it turned into our dream place.”

Preview More Homes on the Tour! 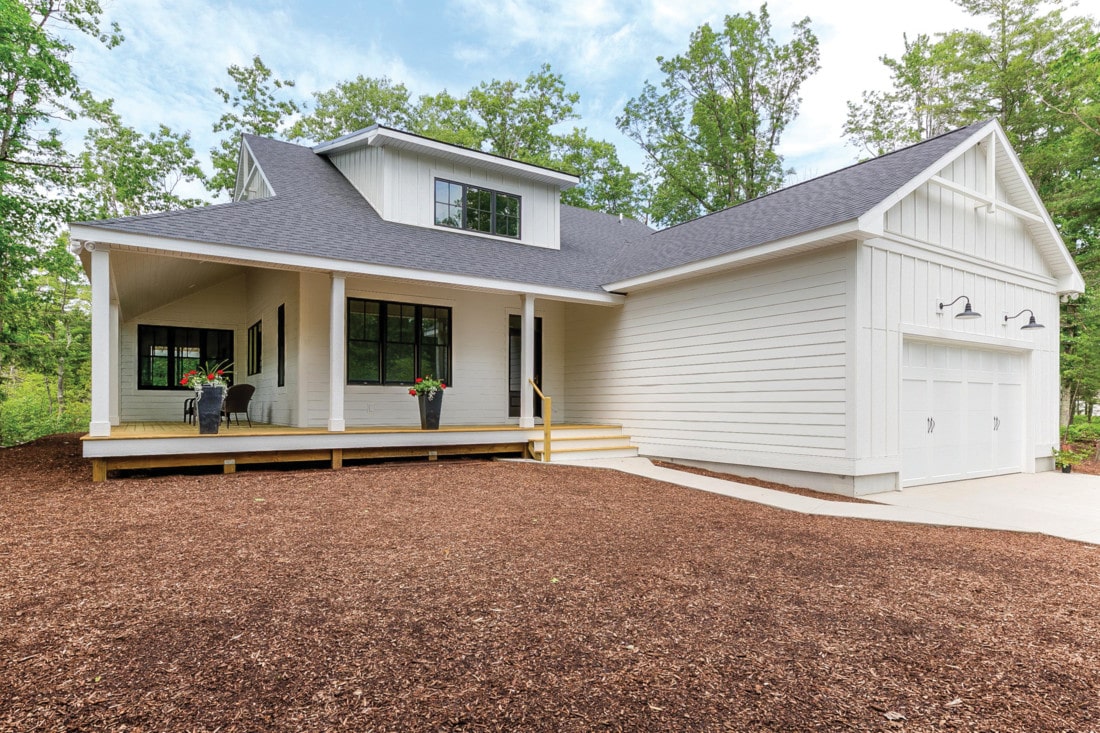