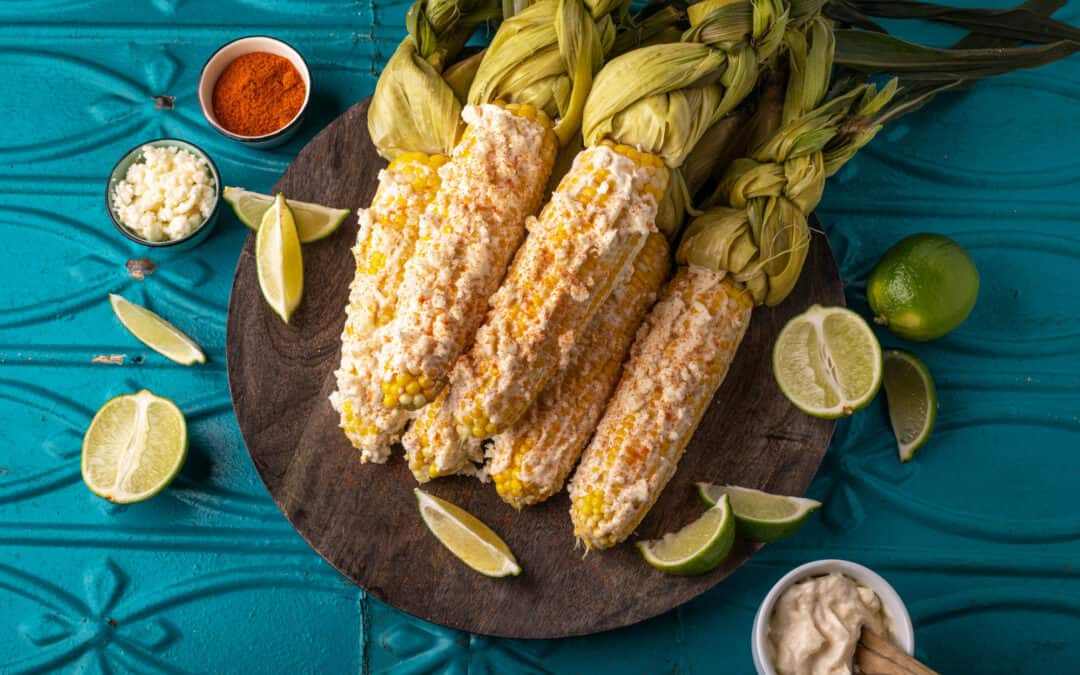 For August’s On The Table recipe, Stacey Brugeman is taking Mexican street corn back to its roots thanks to Traverse City’s own Miguel Osorio of Osorio Tacos y Salsas. Dive in to learn the history behind this dish and why it’s the perfect recipe for delicious, fresh Northern Michigan corn.

“El elotero is coming, the elote man is coming, so let’s go!” Traverse City’s Miguel Osorio remembers saying as a tricycle carrying a steamer came down the streets of Oaxaca
City during one recent visit. “I need one, two, three,” people would holler in Spanish as they ordered. “It’s a celebration!”

Elote, which means corn in Spanish, has also become synonymous with the dish—ears of corn that have been boiled or grilled, sometimes slathered in mayonnaise, but always rolled in Mexican farmers cheese, sprinkled with a little bit of powdered chile and dressed with a squeeze of lime. Many trace the dish to the streets of Mexico City, but it can be found in city centers throughout the country. Here in the U.S., I’ve had it artfully topped with a zigzag of lime mayo, sprinkled with cilantro, even rolled in crushed Flamin’ Hot Cheetos. For this recipe, I checked in with Osorio, owner of Osorio Tacos y Salsas, so we could leave all those American trends behind and take the dish back to its roots.

Osorio grew up on a farm in Oaxaca where his mother still plants corn today. While he moved to Michigan in 1987 at age 21, he remembers her boiling the beloved crop when it was to be eaten fresh as it is here. “You boil with the husk [to] keep the steam, and all the flavor is inside,” says Osorio.

While this enthusiastic farmer-at-heart does not offer Mexican street corn on his brick and mortar menu, he does sell it from the company’s summertime food truck, which is parked next to Bayside Market on US-31. Whether you buy this beloved Mexican classic from Traverse City’s own “elote man” or try your hand at cooking it at home, Osorio tells me that it tastes best when it is “close to the fields.” Fortunately, here in the Heartland, we’ve got that covered. 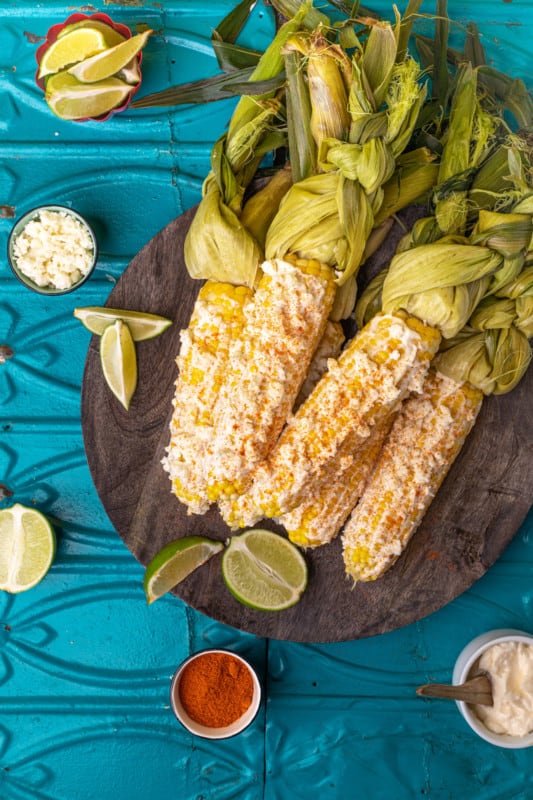 Miguel Osorio and his son Mike eating Elote on their most recent visit to Oaxaca. 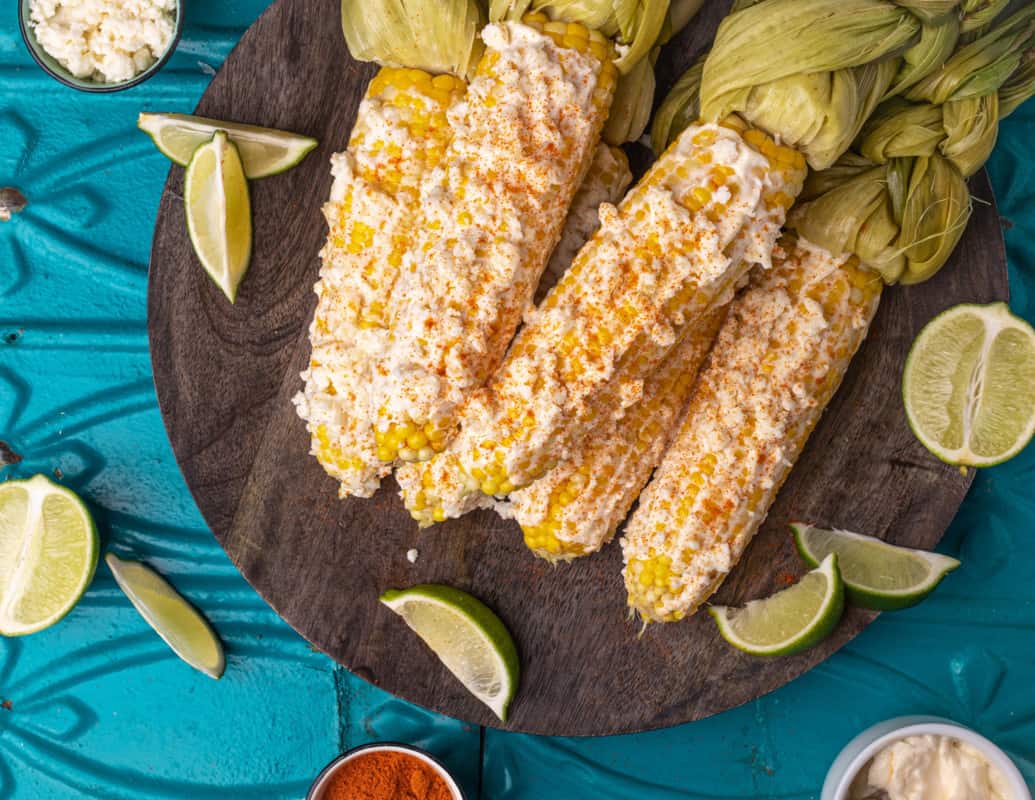 1. Fill a large stock pot halfway with water and add 1 Tablespoon of salt. Cover, and bring to a boil.
2. Meanwhile, rinse any loose dirt off the corn husks and trim the shank end of the corn so that each cob will fit into the pot.
3. Once the water reaches a roaring boil, add the corn— yes, with the husk and silk still on—and cook, covered, for 10 minutes. After 10 minutes, turn the heat off but leave the corn in the pot, covered, allowing it to sit and steam for another 5 minutes more.
4. Using tongs, remove corn from the water and allow it to cool slightly until it is safe to touch.
5. Pull back the husks from each ear and discard the silk. Salt the corn to taste and use a knife to slather each cob with mayonnaise. Roll each cob in the crumbled cheese, sprinkle with a dusting of cayenne and serve with a wedge of lime.

Stacey Brugeman is a Leelanau County-based food and beverage writer and editor. Her work has appeared in Food & Wine, Saveur, Travel + Leisure, Eater and Denver’s 5280, where she served as Restaurant Critic. Follow her on Instagram @staceybrugeman.