Fishing Report for July 14: Luck at Inlets Across Regions 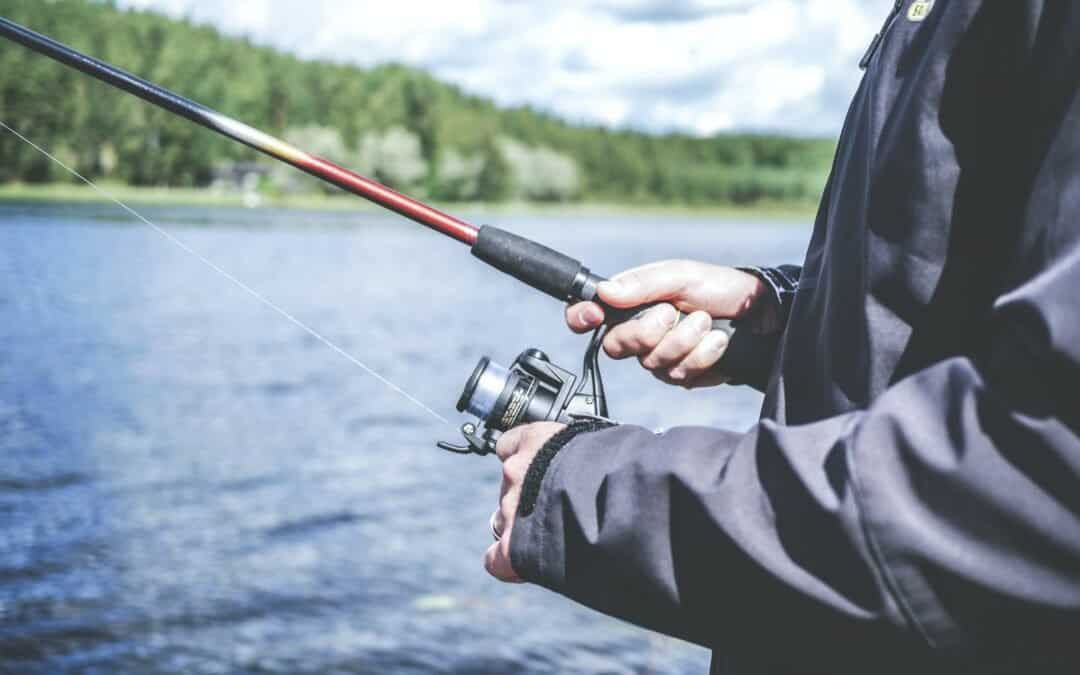 Summer trolling is picking up and anglers have had success at 100 to 200-foot river mouths. Waterways are experiencing an uptick in leisure boaters as well. Dive in for more fishing conditions in your area this week.

Harbor Springs: There were reports of good lake trout catches with a couple Chinook showing up north of Harbor Springs around 5 Mile and 7 Mile. Chinook were also reported near Harbor Point, but in lower numbers. Boat anglers were fishing deep in 130 to 150 feet of water.

Grand Traverse – East Bay: Lake trout fishing was good out of Yuba launch. Fishing in 80 to 120 feet of water was best. Smallmouth bass fishing slowed down but a few were being caught. Only a few bass were still on beds, most have moved to the edge of the drop-offs. Most bass were caught next to structure near the drop-off. A few salmon and steelhead were caught.

Grand Traverse – West Bay: A few bass were caught in Bowers Harbor near the drop-offs and around any structure. Few bass are left on beds. Lake trout fishing was picking up around Marion Island. A few salmon were caught but the big numbers of salmon were not there yet.

Frankfort: Chinooks were starting to show up on a regular basis. Anglers are finding the temperature break down around 58 feet, trolling in water 105 to 140 feet and working above and below the break. The morning bite is reporting good numbers, but the afternoon/evening bite was also producing a nice mix of steelhead, coho, lake trout and Chinook. Flashers/flies and meat rigs seem to be landing the bigger 20+ pound Chinooks.

Onekama: Anglers heading straight out to 120 to 150 feet of water and working the top 70 feet of water were reporting some Chinooks and lake trout in the early mornings. Later in the day, anglers were moving into the Barrel to land a few lake trout. Green and blue spoons and flies were getting just a bit more bites.

Arcadia: Anglers trolling in front of the golf course were reporting a few Chinooks and lake trout in the early mornings as bait pods were beginning to show up in more regularity. Most hits are coming on random colors – change your lures often.

Charlevoix: Most anglers were fishing offshore and had some luck with lake trout and cisco. Most luck was between 100 to 130 feet of water. Anglers were mainly targeting smallmouth bass in the channel in Charlevoix with real and artificial worms. A few keepers were caught, but other days were slow.

Manistee: A few Chinook were caught along the shelf in 100 to 300 feet of water and south towards Big Sable Point. Spoons and flasher fly combos worked at depths of 30 to 70 feet. Lake trout were caught at 90 to 110 feet while fishing near bottom and in the mix when fishing for salmon. A few steelhead were caught as well, usually from the top 30 feet. The north pier was slow.

Ontonagon: Anglers fishing out of Ontonagon and Union Bay had to do some searching to find fish but once they were located the fish were fairly cooperative. Trolling spoons was the primary tactic for anglers and lake trout comprised most of the bags that came in. A few stray coho and Chinook were caught as well. The winds during the week stirred up the water so finding the thermocline was not a very useful tactic for locating fish. The Ontonagon River was producing a few legal walleye for folks who were trolling and jigging but there was a lot of sorting to be done for the legals. For salmon and trout trolling, vary depths and colors of lures until you find one the fish like.

Keweenaw Bay: Anglers in Big Traverse Bay and near south Portage Entry had lots of luck fishing in deeper water for lake trout. Anglers were successful both trolling and jigging for these fish. In Keweenaw Bay, anglers had a tough time battling the winds but those who got out found lake trout in medium depth water. Fishing in Huron Bay was high early in the week with anglers having success east a few miles from the mouth of the bay. These anglers mostly caught lake trout as well. Coho were caught further north up Keweenaw Bay and mostly in the later hours of the day. Shore anglers in Portage Entry found rock bass, perch and smallmouth bass around weeds on the shoreline.

Au Train: Some boats came in with fish and some didn’t. Trolling was effective if you found the fish. Most success was in 170 to 200 feet of water.

Munising: Pleasure boat and traffic has been extremely high. Trailer counts have been well over 50 to 75 boat trailers at peak times in the afternoon with about 10% fishing boats. Lake trout anglers were doing well with limits being reported. Fish are averaging around the 3 to 4 pound range. A few lake trout have been approaching the 15 to 20 pound range. Anglers were doing well with the common areas being fished near White Rocks, Grump’s Hump, and areas along Wood Island Reef. Best depths were around 120 to 150 feet of water. Big Reef was producing some nice catches of lake trout up to 20 pounds. A few Chinooks were caught with some nice splake around 3 to 4 pounds.

Grand Marais: Very few boat anglers have been out however the boats that have been out were producing limits of lake trout with most averaging around 3 to 4 pounds. Anglers were targeting Five Mile Reef – shipping lanes and towards AuSable. Best depths were around 200 feet of water.

Little Bay de Noc: Perch anglers were experiencing mixed results. Those that found schools had to work for bites and plucked away to catch fish of a reasonable size.

Big Bay de Noc: Smallmouth anglers were reporting good catch rates. Fishing around the islands showed signs of improvement. Anglers launching out of Nahma were landing multiple large fish. Perch anglers in Ogontz struggled, but some managed to bring in small numbers. Salmon fishing in Fairport was excellent, with some reports of success with steelhead; many targeting 100 to 180 feet of water.

St. Ignace/Les Cheneaux: Anglers in St. Ignace continued to have a hard time finding lake trout close by but are traveling to Boblo Island and were doing well in that area with few being caught around Mackinac Island. Pike and walleye were still being caught in the carp and near the mouth of the Pine River. In the Hessel area, anglers were continuing to do well with splake within the west entrance and were still catching pike off the pier. The walleye fishing picked up and anglers were doing well in Snows Channel. Cisco fishing slowed in the area, but locals were reporting that it was the best it has been in years. Anglers were having luck fishing with chubs for pike and crawler harnesses while trolling for walleye.