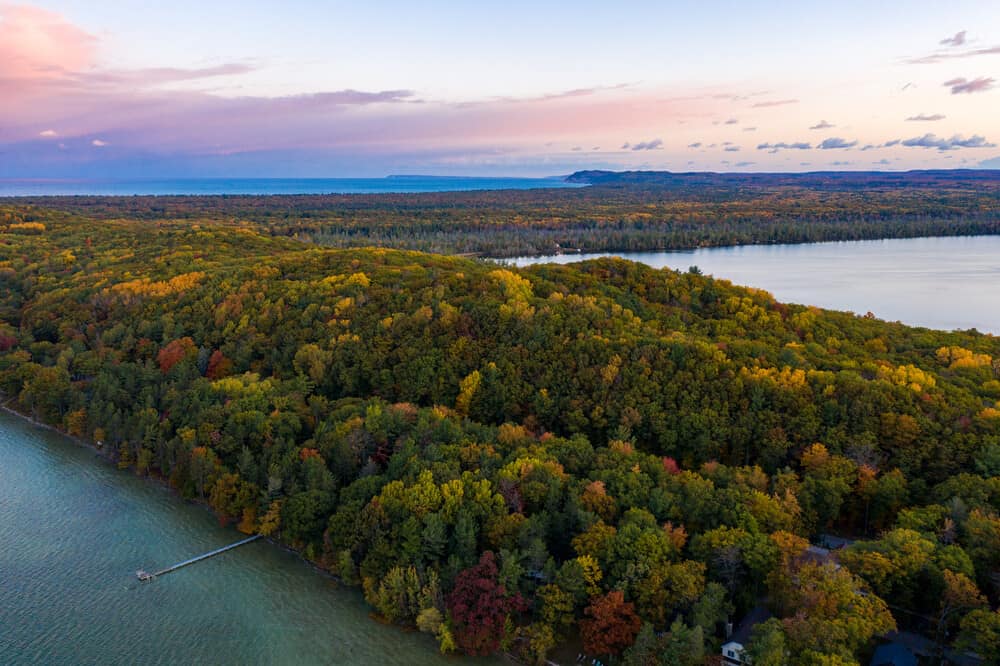 A six-year effort by the Grand Traverse Regional Land Conservancy and the Northern Michigan community raised $93 million that will go toward creating new nature preserves, universal access trails and so much more. Called the Campaign for Generations, the results are truly stunning.

This is the official press release brought to you by Grand Traverse Regional Land Conservency and MyNorth News Service. A Lasting Legacy: Watch for the August issue of Traverse, Northern Michigan’s Magazine, for an in-depth feature on the incredible success of the Campaign for Generations. 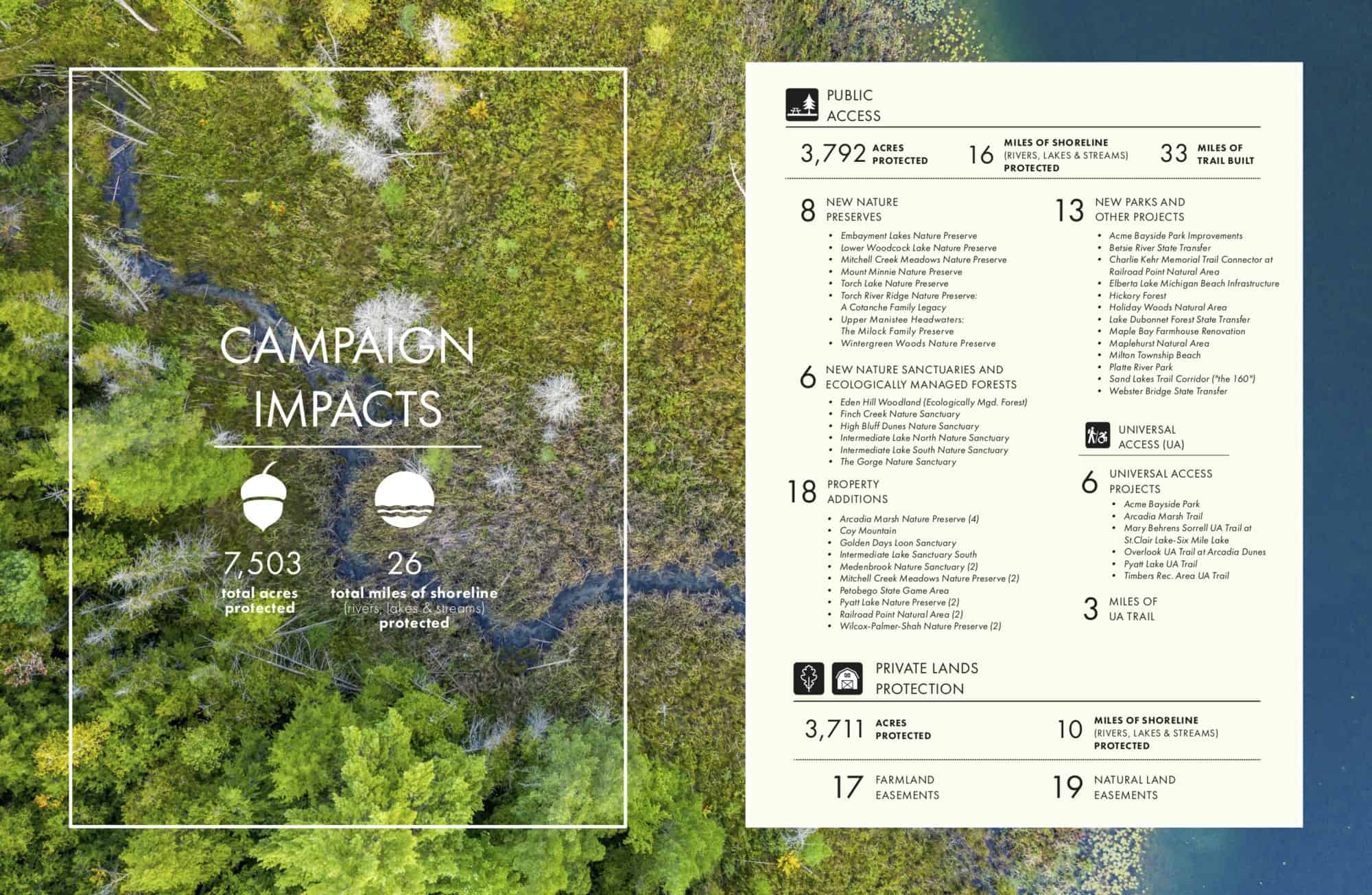 The Grand Traverse Regional Land Conservancy concludes its Campaign for Generations this week, with significant impacts for the entire region:

– More than 7,500 acres of natural, scenic and farmlands protected across 88 projects
– Roughly 26 miles of undeveloped shoreline protected on our rivers, lakes and streams
– 8 new GTRLC-owned public nature preserves
– More than a dozen new parks or natural areas
– 6 universal access (UA) trails or projects
– More than 550 individual volunteers who provided more than 11,000 hours
– More than 5,800 individual cash donors along with support from more than 300 foundations, businesses and nonprofits
– $93 million in total support received

“We will be forever thankful to everyone who supported this monumental effort,” says Glen Chown, GTRLC’s executive director. “Our region is a better place because of their support.” The Campaign for Generations began in 2015. It included dozens of projects under six pillars: Natural Lands Protection, Farm Lands Protection, Community Conservation and Universal Access, Stewardship, Six-Year On-the-Ground Operations and a Quick Strike Fund (intended to allow GTRLC to move quickly as projects come online).”

Lands included in this campaign were selected based on a thorough examination of their conservation values, and many projects were among the highest conservation priorities in GTRLC’s service area. Many were under direct threat of development. The community conservation and universal access projects were intended to fulfill citizen-driven desires for more and better parkland and access to nature for everyone, regardless of age or ability.

The Grand Traverse Regional Land Conservancy’s mission is to protect significant natural, scenic, and farmlands – and advance stewardship – now and for future generations. Since 1991, the Conservancy has protected nearly 44,000 acres of land and more than 140 miles of shoreline in Antrim, Benzie, Grand Traverse, Kalkaska and Manistee counties. Protection is accomplished through a variety of tools, and all projects require the participation of willing landowners. The Conservancy also owns and manages 38 nature preserves that are open to the public. For more information, please visit the official GTRLC website.