Your favorite centuries-old Gimlet is getting a makeover, just in time for spring. Replace the traditional lime with homemade rhubarb cordial, just as tart and easy to make with readily available Northern Michigan rhubarb. This is a cocktail not to be missed! 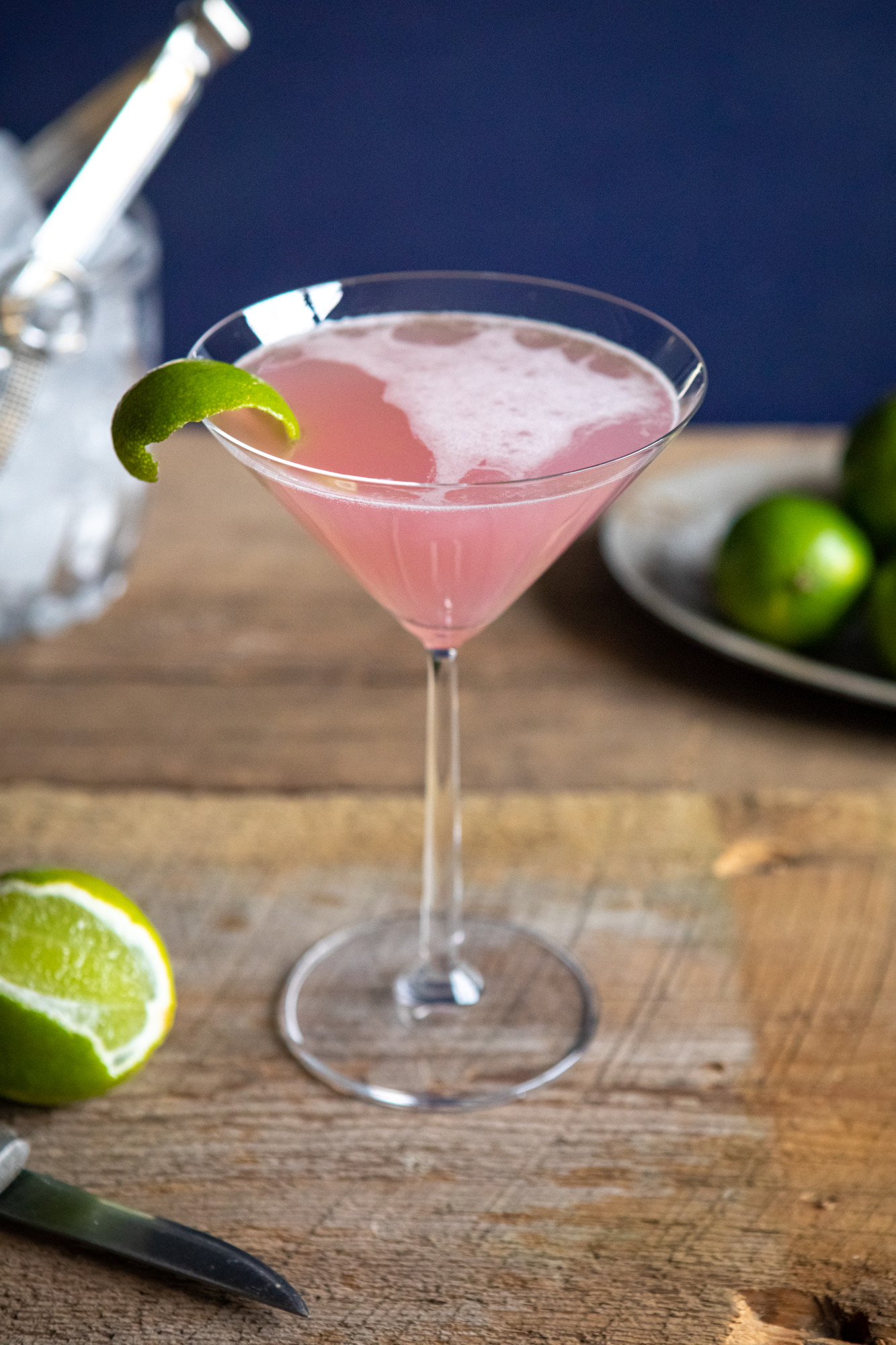 A proper gin gimlet apparently dates back to the 19th-century British Royal Navy. The lime cordial in it was thought to prevent sailors from getting scurvy. How fitting then that it was also the go-to cocktail of my late maternal grandmother—who spent her retirement years sailing the globe as a passenger on cargo freighters. She was born in May, so to celebrate her birthday I often pour this springtime take on her favorite drink. In it, I replace Rose’s lime juice (which in modern times is loaded with high fructose corn syrup and colorants) with a homemade rhubarb cordial. Rhubarb stalks are every bit as tart as limes, but bring us this welcome burst of spring pink. The end result is so colorful that numerous friends have asked me for the recipe over the years. I think “Bardy”—a graduate of both the University of Michigan and Michigan State—would be delighted that it’s making its Traverse debut.

How to Make a Rhubarb Gimlet
Serves 1

Add ice to a cocktail glass to chill it. Fill a shaker with ice and add gin and Rhubarb Cordial and shake vigorously until the mixture is combined. Discard the ice in the glass, strain contents of the shaker into the glass and garnish with a rhubarb ribbon or a lime wheel.

Combine rhubarb and water in a saucepan and bring to a boil. Reduce to simmer, cover and cook until rhubarb has melted into strands, about 15 minutes. Remove from the heat and let cool slightly without taking off the lid. Set a fine-mesh strainer over a second saucepan and pour warm rhubarb mixture into the strainer, separating the liquid from the solid and pressing down on the rhubarb with a wooden spoon to release some juice. Discard the pulp. Add sugar, lime juice and a few pieces of peel to the pan of rhubarb liquid and stir over medium heat until the sugar dissolves. Reduce to simmer and cook until the syrup begins to thicken (about 3 minutes). Remove from the heat, discard the lime peel and allow it to cool completely— storing in a non-reactive container in the fridge.

Stacey Brugeman is a Leelanau County-based food and beverage writer and editor. Her work has appeared in Food & Wine, Saveur, Travel + Leisure, Eater and Denver’s 5280, where she served as Restaurant Critic. Follow her on Instagram at @staceybrugeman.