3 Spring Reads to Pack for Your Northern Michigan Road Trip 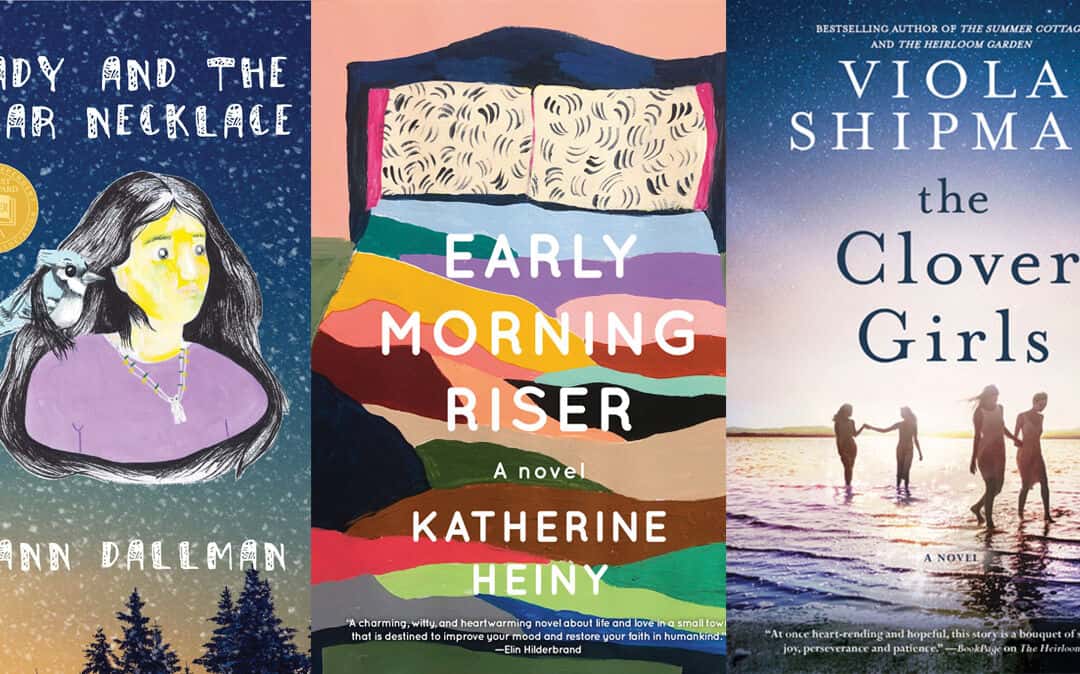 Start enjoying your Northern Michigan adventure as soon as you leave the driveway! Pack these local reads, featuring a Michigan summer camp, Boyne City landmarks and a local reservation school, before heading out on your trip this summer.

“The Clover Girls” by Viola Shipman

Being published May 18, “The Clover Girls” is about four very different girls who become best friends at a Michigan summer camp in the 1980s. Now approaching middle age, the women are facing challenges they never imagined as teens: struggles with their marriages, children and careers. “My novels are meant to be shared amongst friends and family and generations, like the books that were shared with me growing up,” says internationally bestselling author Wade Rouse, who chose his grandmother’s name, Viola Shipman, as his pen name. “I want to remind readers to slow down and remember what matters most in life.”

Published April 13, the novel is a love letter to the Boyne City area, taking readers to the Boyne River Inn, Avalanche Mountain, Kilwins and more. Author Katherine Heiny grew up in Michigan, and she and her husband owned a home in Boyne City for almost 20 years. They sold the house last year, and as movers were packing up, Katherine wrote the last pages. “It will forever be one of my favorite places,” she says. “And I like to think that Jane is still there.” Jane, the main character, moves to Boyne City to teach second grade and soon falls for Duncan, who has seemingly slept with every woman in town, though somehow, has remained friendly with them all—helping with housework, fixing furniture, mowing lawns. As Jane begins to wonder if this is the life she wants, an accident leaves her inextricably tied to Duncan, and she learns unconventional families are sometimes the best of all.

“Cady and the Bear Necklace” by Ann Dallman

After teaching high school English for 15 years at Hannahville Indian School/Nah Tah Wahsh School located on a Potawatomi reservation in the Upper Peninsula, Ann Dallman was inspired to write her first middle-grade novel, “Cady and the Bear Necklace,” published in May 2019. In it, Cady, a 13-year-old girl of Native American heritage, has experienced big changes in her life: her father’s marriage to a much younger woman, a new baby brother and a move from Minnesota to Michigan, where she’s attending a reservation school for the first time in her life. One day, Cady discovers an antique Native American beaded necklace hidden in the floor of her closet. As she works to solve the mystery of the necklace, she’s drawn closer to the teachings and traditions of her culture.

View Ann Dallman’s website to learn more about “Cady and the Bear Necklace.”