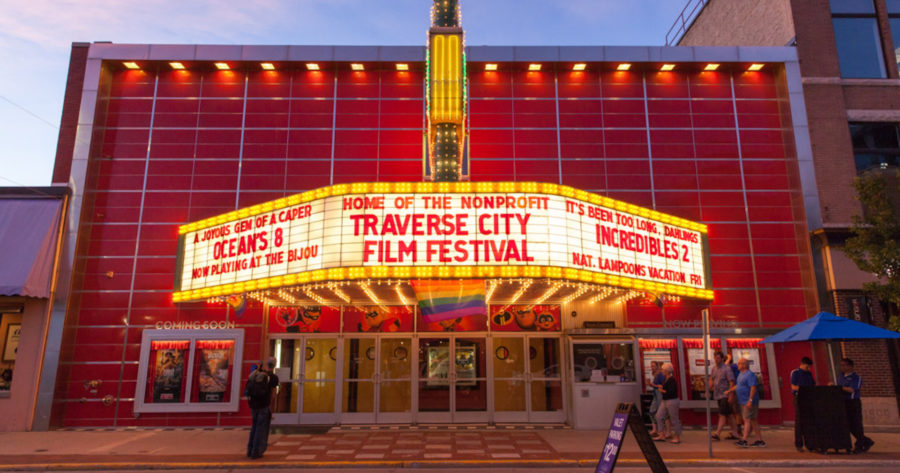 The Traverse City Film Festival Board of Directors has announced that the festival will be canceled for Summer 2021. Learn more about this cancellation along with the possibility of a smaller, Fall 2021 festival.

Below is the official press release and statement from the Traverse City Film Festival.

Due to the massive increase of Covid-19 cases in the state of Michigan — which has ranked number one in the country now for over a month — and the uncertainty of the ongoing spread of the virus and its new mutations, the TCFF Board of Directors has announced that this summer’s 16th Traverse City Film Festival has been canceled.

“This is truly upsetting for us and for everyone here who loves the movies and sees this festival as a cultural cornerstone of the community,” said TCFF founder and president, Oscar-winner Michael Moore. “Last year’s cancellation was understandable in the first months of the pandemic. Getting your shots and wearing your masks is the way out of this pandemic,” Moore pointed out. “But the majority must first be all on the same page of the script for that to happen.”

Moore said the Festival believes it would be “irresponsible” to invite thousands to the small Lake Michigan community of Traverse City whose lone hospital recently needed to once again limit visitors because of the current spike in cases.

“Another issue,” said Board secretary and Traverse City resident David Poinsett, “is that it takes nearly 6 months to successfully plan and produce a world-class festival like ours. We have simply run out of time waiting for this virus to be contained.”

Board treasurer and local attorney, George Powell, though, offered some hope regarding the financial health of the nonprofit Film Festival which was founded in 2005.

“We have received overwhelming support from the local community,” Powell said. “Thousands of small donors and hundreds of festival sponsors have chipped in and kept this organization alive. We have applied for and received grants from organizations like the local Oleson Foundation. The festival and the theaters bring in an estimated $23 million to the local economy each year. As soon as it is safe, we will come back stronger than ever.”

Board member and former Traverse City resident and ex-TCAPS parent Anne Moore says she is “convinced that the year will not end without movies once again being shown on the festival’s two year-round screens. But first, we must be able to truly guarantee everyone’s safety.”

TCFF‘s Board, though, did announce today that it is going ahead and beginning a campaign to Covid-proof its two theaters and upgrade its fresh air circulation systems in the hopes that when things get better they’ll be able to reopen the 105-year old State Theatre and the historic Roosevelt-era WPA building — now known as the “Bijou by the Bay“ cinema — as soon as possible.

“We love these theaters and we love this festival, as do tens of thousands of others,” added Board vice-president Rod Birleson, a retired school teacher and film producer from Rochester, MI. “Sixteen years ago we and others succeeded in helping turn around downtown Traverse City. We’re still keeping the faith. We will get there, rest assured.”

TCFF is renowned and beloved by the international filmmaking community who are eager to return to Traverse City. The Motion Picture Association of America has listed the State Theater as “the #1 theater in the world to watch a movie.” The Academy Awards has chosen the Traverse City Film Festival as one of only a handful of festivals where a short film can officially qualify for Oscar consideration.

Moore confirmed that the new “Virtual State” — TCFF’s popular online daily streaming theater of new and unseen films from around the world which Moore curates — will continue through the summer and until at least the end of the year.

“I will say this: It is not out of the question that a shorter version of the Film Festival could take place in the late fall of this year or in the early winter of 2022,” Moore added. “It’s all up to the virus and its enablers. This is a tragedy which we can likely bring to an end. All it takes is for 80% of us to put aside our fears, our politics, and simply roll up our sleeves for a free shot. Is that too much to ask so we can all go back to watching great movies in a big dark theater once again?”