Sip, savor and… stroll! This summer Petoskey is putting their new Social District, where patrons can wander with drinks in hand in designated areas around downtown, to the test. Learn how Petoskey obtained this special permit, what rules are in place and which establishments are participating.

This summer, five different establishments in Petoskey will be serving up your favorite alcoholic beverages to-go thanks to a new permit the city was able to obtain. As one of the first cities to be approved by the State of Michigan, this permit allows Downtown Petoskey patrons to consume alcohol freely within the designated outdoor areas established in advance and approved by the state.

Known as the commons areas, Petoskey’s designated outdoor area spans across multiple blocks downtown. The approved local bars and restaurants in this area can serve alcohol between noon and 9 p.m. daily. If you’re ready to relax with a tasty beverage, alcohol will be allowed in the commons areas which include parks, sidewalks and green areas around Downtown Petoskey.

Not only does this social district allow patrons to safely consume alcohol, but it also allows them to support the downtown community during times of limited indoor dining. Ultimately, five restaurants participating all put in extra work to obtain this special permit and were approved to sell to-go alcohol. These establishments include:

While the five approved establishments are able to sell to-go alcoholic beverages between noon and 9 p.m. daily, state law does not allow taking your beverage to an additional establishment for consumption. Ultimately, alcohol will only be available in the designated commons areas of the Social District. For more information, visit the official Downtown Petoskey website. 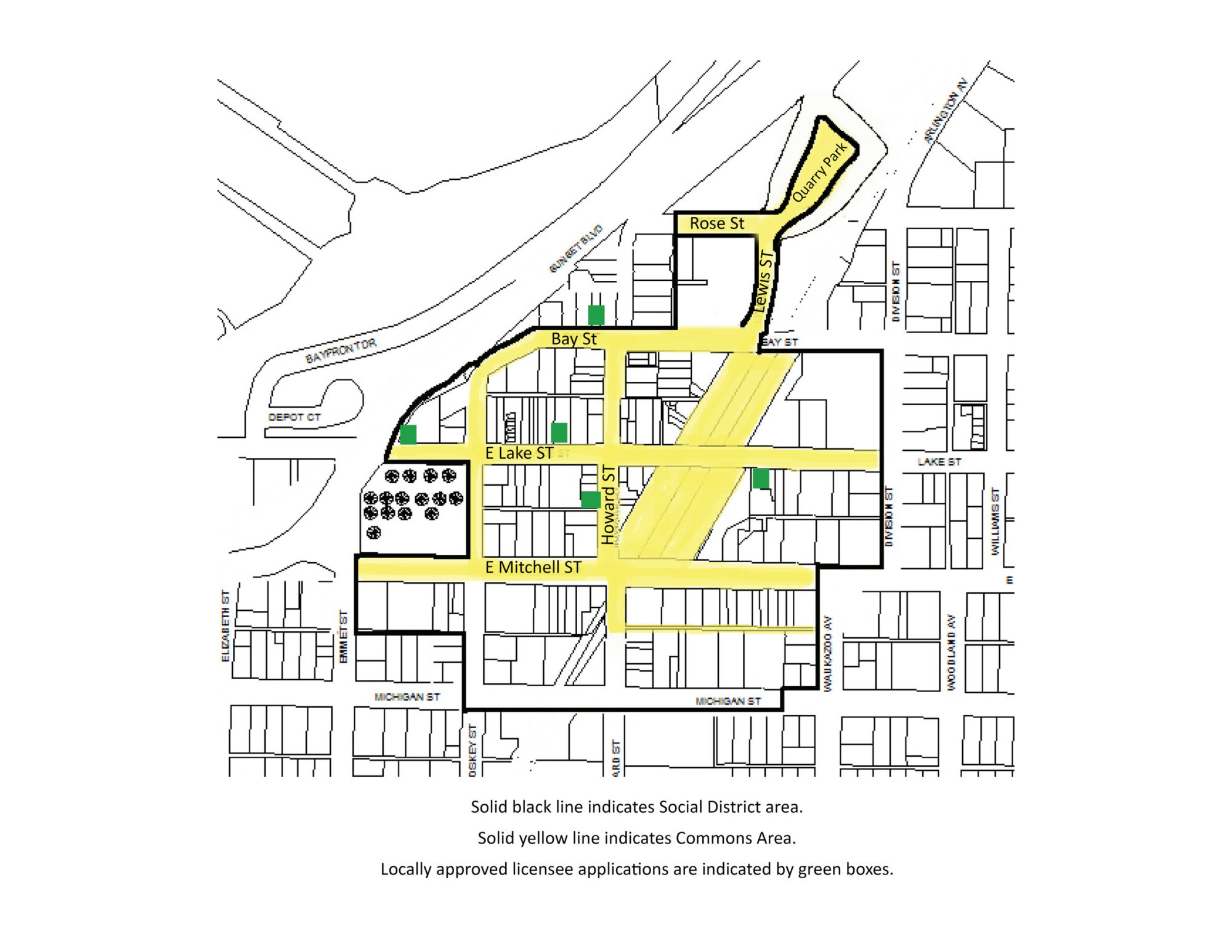