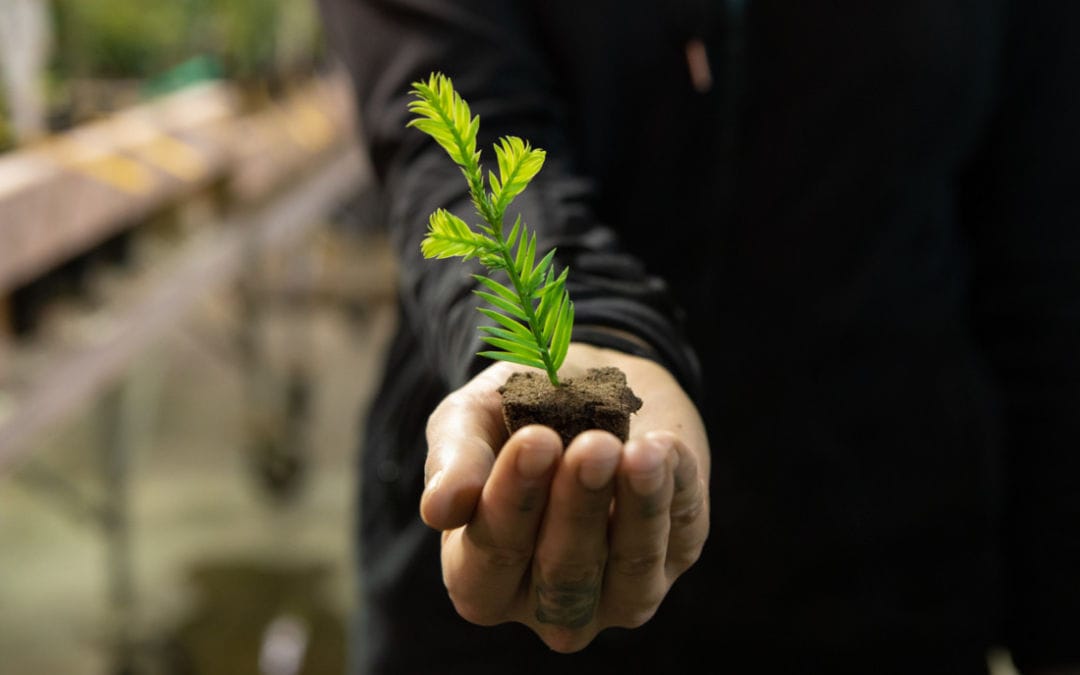 Founder David Milarch calls Archangel Ancient Tree Archive the “most hopeful project on the planet.” Learn how the work Archangel does helps restore old-growth forests across the world.

Featured in the April 2021 issue of Traverse, Northern Michigan’s Magazine.

David Milarch, the co-founder of the nonprofit Archangel Ancient Tree Archive in Manistee County, has planted champion trees on the grounds of the Pentagon, in Salt Lake City for the 2002 Winter Olympics and at George Washington’s Mount Vernon Estate. He’s been interviewed by The New York Times and the BBC (among many others). There’s even a book about him, “The Man Who Planted Trees,” by NYT journalist Jim Robbins. [Read Traverse’s 2002 feature about the Milarch family’s Champion Tree Project at MyNorth.com/ChampionTrees.]

But this is not a David Milarch story—and he’ll be the first one to tell you that. His vision has gone far beyond one man. Today, Archangel has volunteers all over the world, dozens of nurseries, a science advisory panel and board members who are experts in a variety of disciplines—thousands of people working to propagate our planet’s champion trees and fight climate change.

“We’re cloning the world’s oldest and largest trees that genetically have a predisposition to live several hundred or several thousand years,” Milarch says. “When you clone tree species state by state, country by country … you start to rebuild old-growth forests. You’re bringing back that entire ecosystem.”

Archangel has cloned more than 130 different species of trees, creating living libraries of old-growth tree genetics. Currently, 15,000 redwoods, ranging in height from 4 inches to 15 feet are growing at Archangel’s facility in Copemish. The team in Northern Michigan has grown seedlings from the 5,000-year-old bristlecone pine Methuselah and 3,000-plus-year-old giant sequoias. (No one had ever cloned a giant sequoia over 80 years old.) In fact, when Milarch and his sons, Jared and Jake, first started talking about cloning ancient trees almost 25 years ago, the scientific community said it couldn’t be done; that the trees were too old. But Archangel found a way, sending climbers to the very tops of trees and the ends of the branches to collect cuttings of new growth; places not yet reached by the hormones and chemicals that don’t allow a tree to be cloned. The cuttings are
shipped overnight back to Copemish and work begins the next day to clone them. When the trees are strong enough, they’re planted in native habitats across the world—a redwood grove in New Zealand, sessile and common oaks in Ireland—the list goes on and on.

“Reestablishing our old-growth forests by utilizing genetics of the strongest, oldest trees—that’s what Archangel is all about,” Milarch says. “It’s a viable solution [to fight climate
change] that’s being embraced around the world.” ancienttreearchive.org

How to Help
Plant two trees every year that are native species to your community and make sure they survive (you gotta water ’em). If you want to know more about the science behind it, read “The Man Who Planted Trees.” Author Jim Robbins has reported on cutting-edge science for more than 35 years, and the book “will make you feel better,” Milarch says. 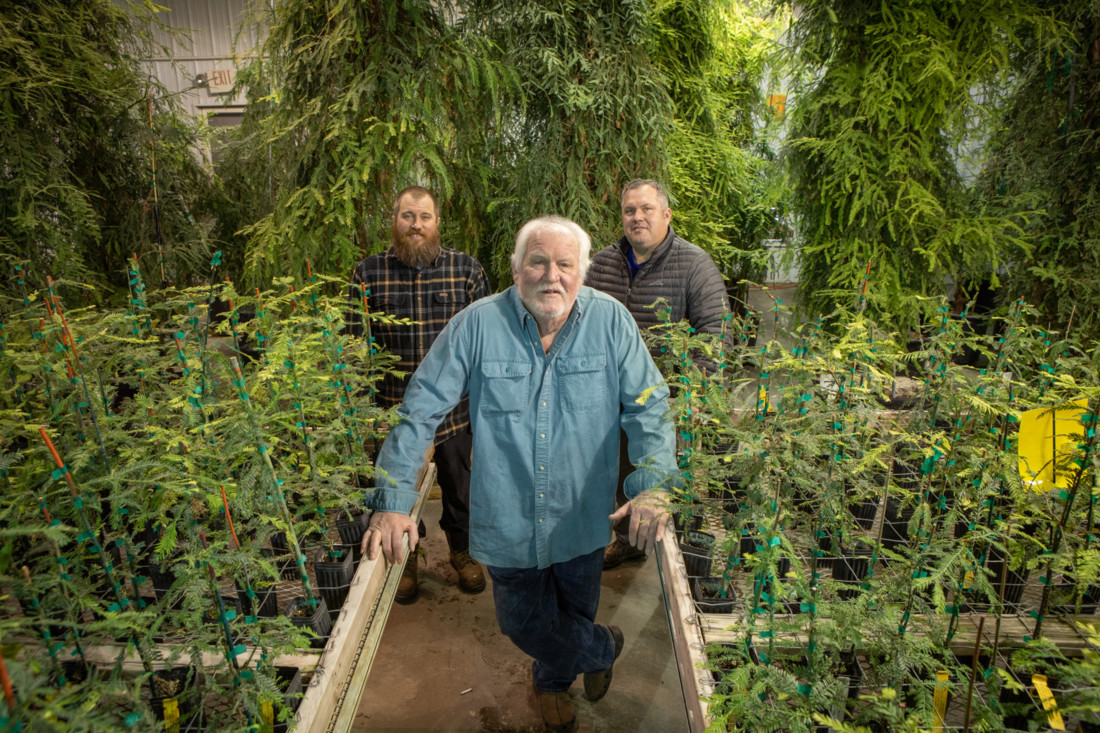 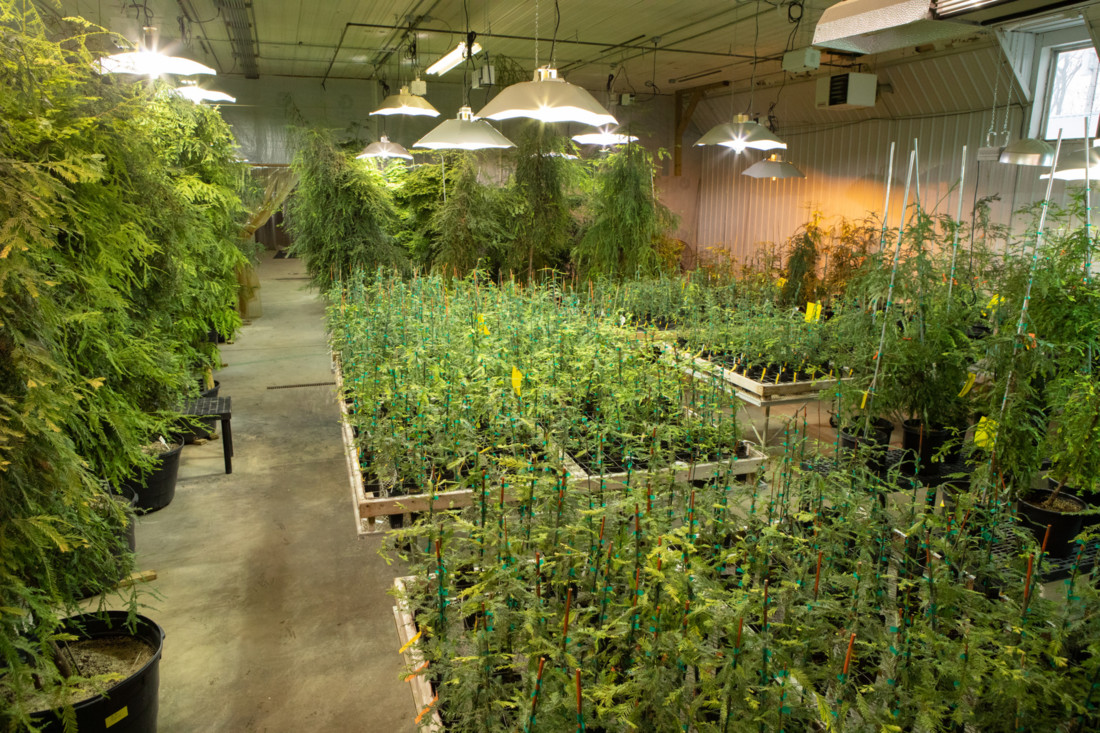 Find this and more food and drink articles in the April 2021 issue of Traverse, Northern Michigan’s Magazine; or subscribe and get Traverse and “On The Table” delivered to your door each month.