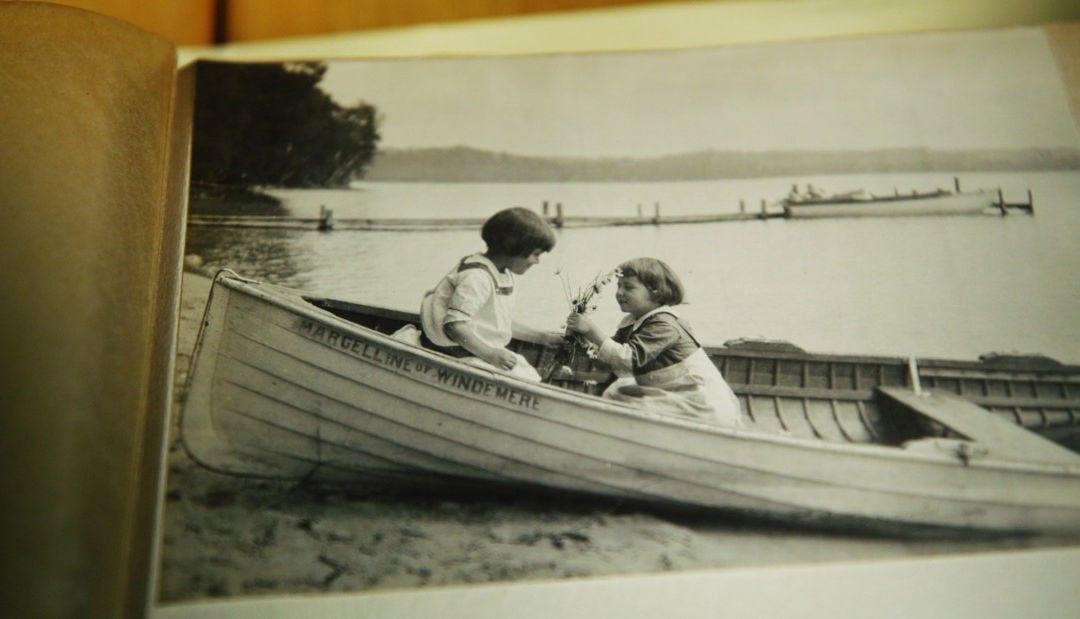 The series about Hemingway, the iconic literary figure considered one of the greatest American writers, will premiere on central and Northern Michigan PBS affiliate, WCMU Public Media, April 5 at 8 p.m., and include voice actors Jeff Daniels as Hemingway; plus Meryl Streep, Keri Russell, Mary-Louise Parker and Patricia Clarkson as Hemingway’s four wives. The documentary series will also include historical photographs of Hemingway’s time spent in Northern Michigan, provided by Michigan’s Clarke Historical Library.

“The extraordinary pictures in the photo albums at the Clarke Library are absolutely irreplaceable to our film,” shares filmmaker Lynn Novick about the important photographs the Clarke Historical Library provided for the documentary series. “They make it possible for us to represent Hemingway’s family and life in Michigan in the most vivid, tangible, and authentic way, and we are so grateful to be able to include them.” 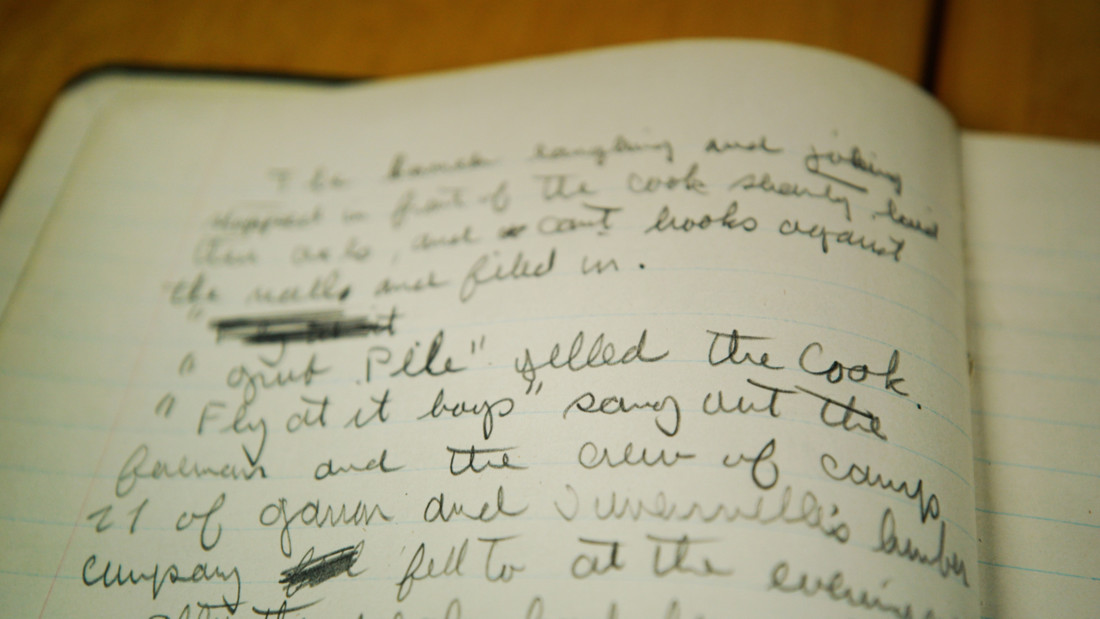 In anticipation of this series, and to explore Hemingway’s deep ties to Northern Michigan along with how they influenced his attitudes, passions and writings, WCMU Public Media is partnering with the Clarke Historical Library and noted Hemingway historian Michael Federspiel for “Hemingway in Michigan: A Live Streaming Event” Wednesday, March 31 at 6 p.m.

During this virtual event, attendees will enjoy “Let’s Go Back” video stories featuring the Clarke Historical Library’s Hemingway Collection containing one-of-a-kind items from the legendary author’s life, watch an exclusive advanced preview of the Hemingway documentary series before its April 5 nationwide premiere on PBS, and participate in a question-and-answer session with Hemingway experts, including filmmaker Lynn Novick and producer Sarah Botstein.

The program will be hosted by WCMU’s Matthew Ozanich and begin with a conversation between Clarke Historical Library President Frank Boles and Northern Michigan historian Michael Federspiel. Michael Federspiel is the author of the award-winning Picturing Hemingway’s Michigan book, and is a retired member of CMU’s history department. Frank Boles has been the prominently featured expert within the “Let’s Go Back” video series of WCMU Public Media and the Clarke Historical Library, featuring artifacts and tales that can be found in the libraries’ vault. New installments of the series that focus on their Hemmingway Collection will be broadcasted throughout the weeks prior to the HEMINGWAY premiere on WCMU, plus be highlighted during “Hemingway in Michigan: A Live Streaming Event.” 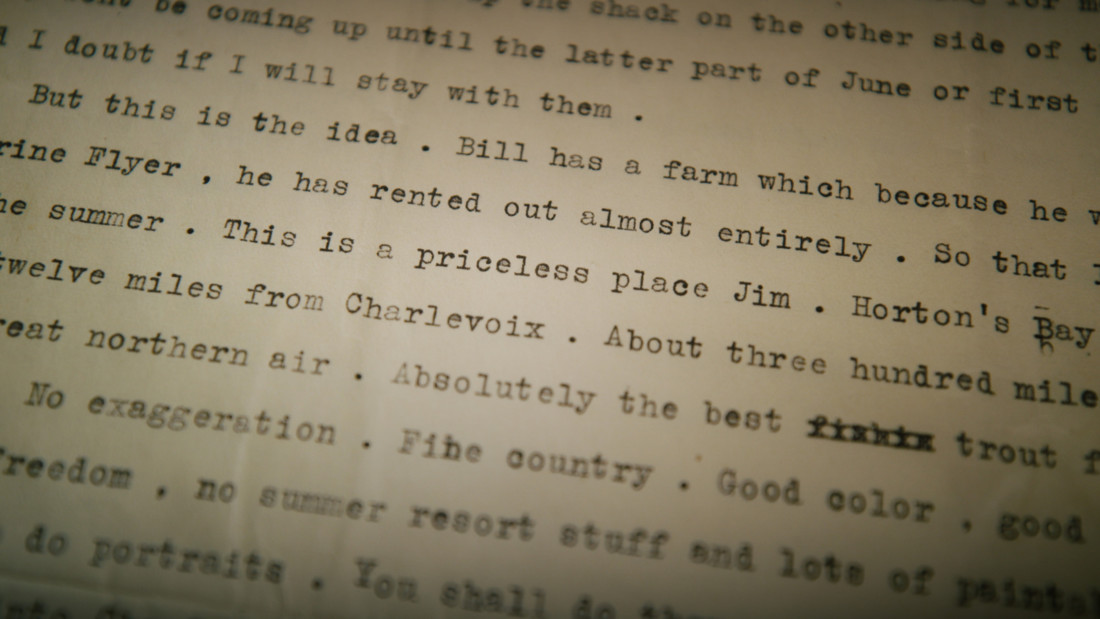 Ernest Hemingway has strong ties to Michigan. As a young boy, he spent many summers at the family cottage Windemere on the shores of Walloon Lake. In 1919, after serving in WWI, Ernest lived with family in Northwest Michigan and frequented areas such as Horton Bay and Petoskey. The Hemingway family still has descendants in the area to this day. Hemingway wrote about his experiences in the “Nick Adams” stories, totaling 38 in all. They tell the tales of a young man who is finding himself in the backdrop of the Northern Michigan wilderness. These stories are considered Hemingway’s veiled attempt at retelling stories from his life as a young man and veteran finding himself and figuring out what the next phase of life was going to be. The Clarke Historical Library has a wide collection of rare Hemingway books, advertisement posters of films that were adaptations of Ernest’s writings, family scrapbooks create by Ernest’s mother and personal letters written by Ernest himself – which will be featured during the “Hemingway in Michigan” event.

Following the premiere, HEMINGWAY will be available to stream for free on all station-branded PBS platforms, including PBS.org and the PBS Video App, available on iOS, Android, Roku, Apple TV, Amazon Fire TV, Android TV, Samsung Smart TV and Chromecast. WCMU station members can view the documentary via PBS Passport, as part of a full collection of Ken Burns films. For more information about PBS Passport, visit WCMU.org/passport.