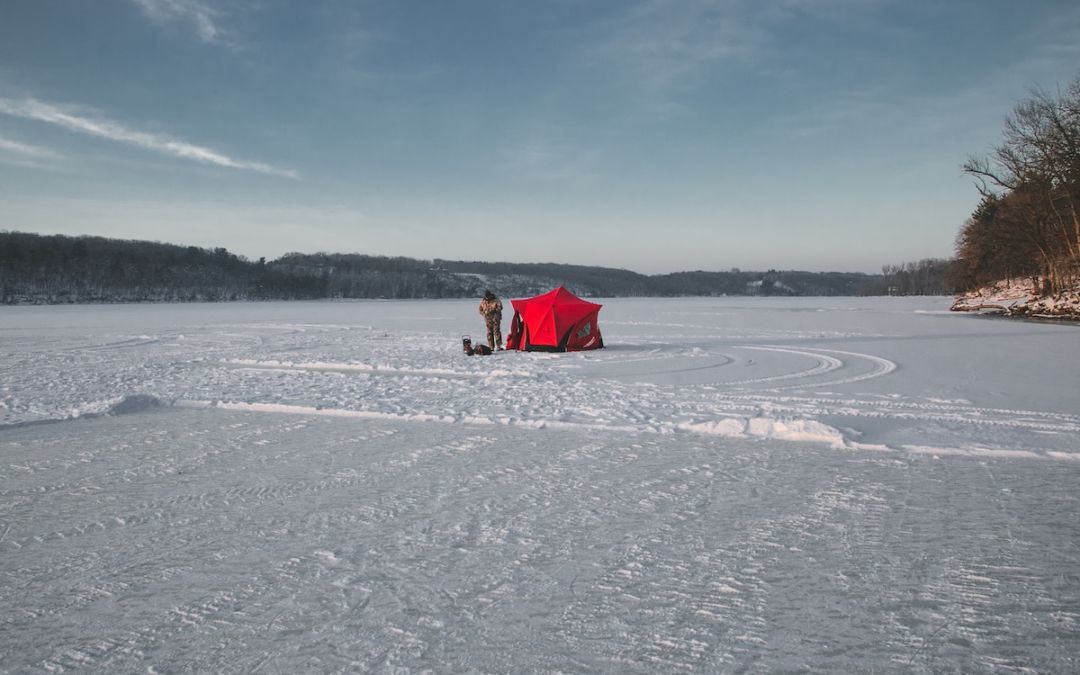 While cold temperatures are making ice, conditions vary around the state and anglers need to use extreme caution. Surface water runoff, creek inflows and current can all create dangerous ice conditions. Stay away from pressure cracks.

If you’re headed out fishing, please do your part to keep yourself and others safe by following COVID-19 public health and safety guidelines. Go fishing only if you’re feeling well. Practice proper social distancing (stay at least 6 feet away from people who don’t live in your household) and keep a face-covering handy for when social distancing cannot be maintained. Frequently wash your hands with soap and warm water, or use hand sanitizer.

Charlevoix County: Fishing conditions have been slow. A few anglers were starting to fish the protected bays in the South Arm of Lake Charlevoix. Splake were caught on Thumb Lake.

Antrim County: Several anglers were out and catching a few fish.

Kalkaska County: Manistee Lake had a slow perch bite. Walleye were caught, but many were undersize. On Bear Lake, a decent number of trout were caught on a bright green or orange teardrop with a minnow.

Grand Traverse County: Anglers are reporting questionable ice on some inland lakes in the area. Those out fishing reported a slow bite.

Benzie County: Ice conditions remain inconsistent. Anglers were out on the smaller lakes such as Turtle Lake, but caution needs to be used.

Lakes Cadillac and Mitchell: Ice fishing continues, but those getting fish are working for them and must be willing to move around.

Osceola County: Angler activity has been slow. Panfish are being taken on most inland lakes, but no limits reported. Pike fishing was steady.

Mecosta County: Bluegill and perch fishing were steady on Chippewa Lake. Bluegill, pike and crappie were caught on Lake Mecosta. Anglers were getting good numbers of bluegill on the Haymarsh Lakes. Smaller crappie and bluegill were caught on Hillview Lake.

Newaygo County: Ice fishing has picked up, and most lakes as well as parts of the Muskegon River are seeing good fishing activity.

Little Bay De Noc: Shifting ice opened up some pressure cracks, and there was a drowning off Kates Bay. The ice is getting better; however, anglers will still need to use extreme caution and stay clear of the pressure cracks.

Sault Ste. Marie: Ashmun Bay and other bays located on Lake Superior had little to no fishable ice.

Munuscong Bay: Fishing was slow, with anglers getting a few perch, walleye or pike.

Cedarville and Hessel: There was ice on the north side of Musky Bay; however, ice conditions were unknown on the south end and going into Duck Bay. Those jigging minnows in Musky Bay caught undersize pike. Ice anglers on Hessel Bay caught perch when jigging minnows, wigglers and wax worms in 12 to 17 feet. A couple splake and a pike were also caught.

Brevoort Lake: Anglers were still getting some perch.

Do you typically fish with lead jigs in the winter? Have you considered trying something different?

Tungsten jigs can be an excellent alternative, and they are heavier and denser than lead options. Although they often are smaller than their lead counterparts, they often produce similar sensations while fishing with them.

The next time you head to your favorite tackle shop, consider picking up some tungsten jigs to add to your inventory.