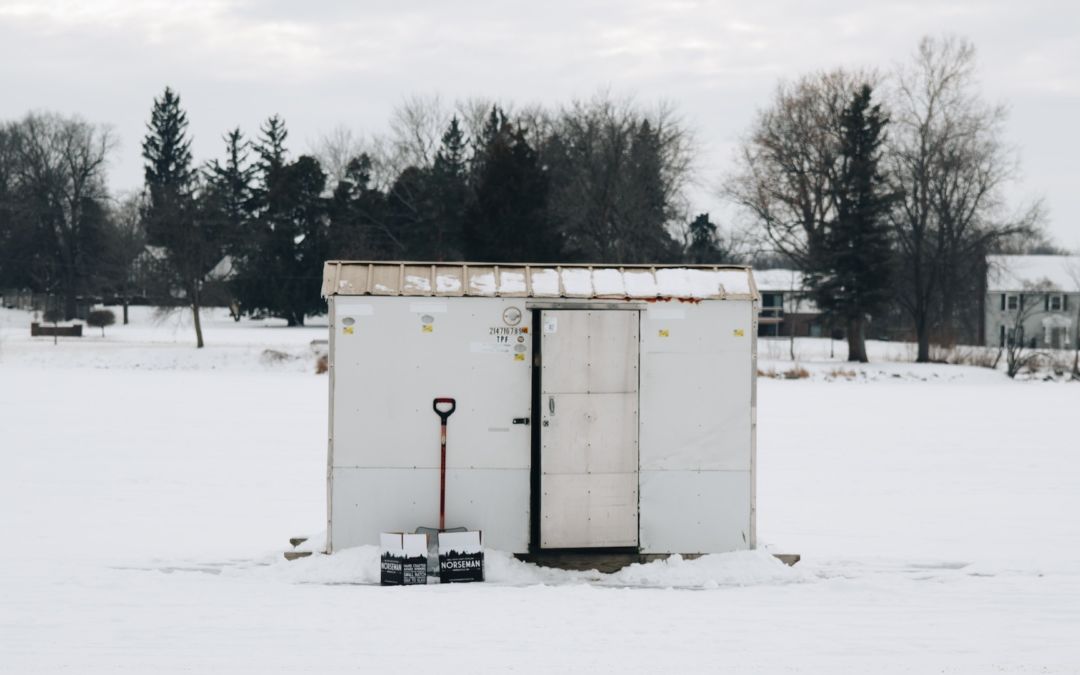 As we head toward the middle of January, ice fishing in Northern Michigan and the Upper Peninsula is becoming more widespread; however, thick lake ice is slow to form and caution still needs to be used. Inland lakes are seeing activity in some counties as anglers target crappie, bluegills, bass, pike and walleye. Steelhead fishing still slow on the Boardman River in Traverse City.

If you’re headed out fishing, please do your part to keep yourself and others safe by following COVID-19 public health and safety guidelines. Go fishing only if you’re feeling well. Practice proper social distancing (at least 6 feet away from people who don’t live in your household) and keep a face covering handy for when social distancing cannot be maintained. Frequently wash your hands with soap and warm water, or use hand sanitizer.

There was safe ice on some small lakes in Charlevoix and Antrim counties, but anglers still need to be cautious as temperatures are above average.

Lake Charlevoix: A few anglers started to venture out on the South Arm.

Kalkaska County: Lake Skegemog had a good number of anglers fishing from the Baggs Road launch. Look for weeds when drilling holes and use jigs with wigglers or wax worms. Perch fishing was steady along with pike, crappie and an occasional lake trout. Manistee Lake had lots of walleye anglers, though fishing was slow. Try bouncing rapalas in 15 feet. For crappie, try florescent jigs.

Grand Traverse County: Walleye, pike and bluegill activity is picking up on the lakes with safe ice. Steelhead activity was slow on the Boardman River.

Lakes Cadillac and Mitchell: Ice fishing is going strong on both lakes, with lots of anglers out.

Manistee County: Anglers are getting panfish on some of the smaller lakes.

Manistee River: Continues to produce a small number of steelhead, including some nice fish. On the upper river, nymph and streamer fishing was good.

Mecosta County: Pike, crappie and bluegills were caught on Lake Mecosta and Chippewa Lake. No word on perch. Slow fishing on Tubbs Lake and Horsehead Lake.

Ice formation has been slow and was still not safe in many areas on the east side. Anglers are venturing out, but extreme caution needs to be used. The panfish action has been slow, but pike anglers were doing well.

Indian Lake: Was starting to produce some nice fish.

Cedarville and Hessel: A few anglers off Cedarville caught undersized pike in Musky Bay when jigging minnows. Musky Bay does have some ice, but the south side of the bay is open water. A few anglers were fishing Cedarville Channel, but no word on catch rates. Ice conditions in Government Bay are unknown. There is open water off North Point before entering the bay. Hessel Bay had some ice; however, conditions on the west side of the bay were unknown. A few perch up to 11 inches were caught when jigging minnows and wax worms in 13 to 17 feet. A couple splake were caught on minnows in 8 to 12 feet.