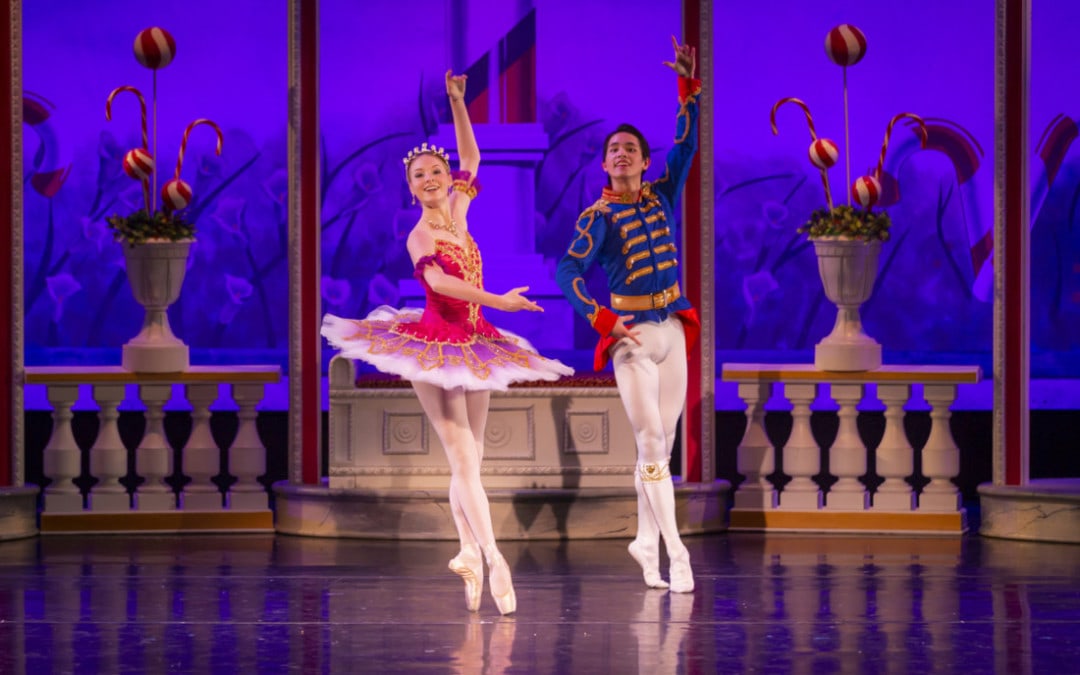 This December, as holiday performances around the world are canceled due to the COVID-19 pandemic, audiences far and wide can tune in to two popular seasonal presentations by Interlochen Arts Academy students: “The Nutcracker” and “Sounds of the Season.”

Both performances will be streamed at live.interlochen.org and on Facebook. “The Nutcracker” will be streamed on Saturday, Dec. 12, at 7:30 p.m.; “Sounds of the Season” will be streamed on Tuesday, Dec. 15, at 7:30 p.m. Additionally, northern Michigan’s 9&10 News will broadcast Interlochen’s December 12 stream of “The Nutcracker” on VUit, an app that can be accessed via Roku and iOS and Android devices that hosts hundreds of news stations across the country. And in a special partnership, Detroit Public Television, Michigan’s largest public television station, will broadcast “The Nutcracker “to its two million viewers on Friday, December 25, at 8 p.m., and then make it available on-demand at dptv.org.

Since August, more than 500 young artists have been living, learning, and thriving at Interlochen Arts Academy, the nation’s premier arts boarding school. Rigorous COVID-19 health-and-safety protocols include mandatory face coverings and physical distancing in public spaces, routine and rigorous sanitization of facilities, closing the Interlochen campus to the public, and adjusting the academic calendar to decrease student time on campus during the traditional flu season. Since students returned to campus on August 10, Interlochen has conducted nearly 5,000 COVID-19 tests, with a .3 percent positivity rate. Innovations by faculty, such as the use of outdoor venues and dual-room private lesson configurations, have enabled arts instruction and performances to continue safely.

“The beauty and creative spirit of “The Nutcracker” and “Sounds of the Season” are a testament to the remarkable dedication and discipline of our entire community,” said Trey Devey, president of Interlochen Center for the Arts. “We are honored to bring holiday cheer to friends around the world amid these challenging times.”

This year’s production of “The Nutcracker” features 34 young dancers from 22 US states. Interlochen Arts Academy Director of Dance Joseph Morrissey choreographed and staged the new production with Interlochen’s health protocols in mind, creating a new version that captures the essence of the classic ballet’s music, dancing, and theatricality. “With Tchaikovsky’s captivating score as our guiding force, we are embracing this year’s safety restrictions as an opportunity to make magic happen in new ways,” said Morrissey.

Morrissey’s new choreography offers opportunities for students to showcase greater technical maturity and artistic expression. For example, the role of Clara has been re-envisioned as a young adult, whose relationship with her life-sized nutcracker doll, turned handsome prince, takes on a more romantic tone. Prince Coqueluche, a character who appeared in the original 1892 production, returns as the Sugar Plum Fairy’s partner, establishing a dynamic between the two couples both youthful and mature. Creative props, such as lengths of silk, will enable aspects of partnering while maintaining social distance. Additionally, re-envisioned and amusing characters throughout the ballet will add to the production’s newness and charm.

Audiences can also expect mesmerizing new scenery and visual effects. The production features enhanced props and state-of-the-art digital projections that will bring dynamic color and depth to the stage. The performers will be attired in more than 100 exquisitely detailed costumes, some of which were newly hand-crafted for this production in Kyiv, Ukraine.

“This year’s production of “The Nutcracker” has come together in a fun new way that showcases the skills and commitment of our Academy dancers,” Morrissey said. “I hope audiences can take their minds off the current global situation and allow themselves to be transported to an enchanting and familiar story told through beautiful music and dance.”

“Sounds of the Season” will also be re-envisioned, incorporating both safety precautions and additional performers. While previous iterations showcased the Arts Academy Wind Symphony and Choir, this year’s “Sounds of the Season” will feature performances by students and faculty from all of the Academy’s artistic disciplines: creative writing, dance, film and new media, interdisciplinary arts, music, theatre, and visual arts. Seasonal selections will be individually recorded and woven together into a lighthearted holiday postcard. 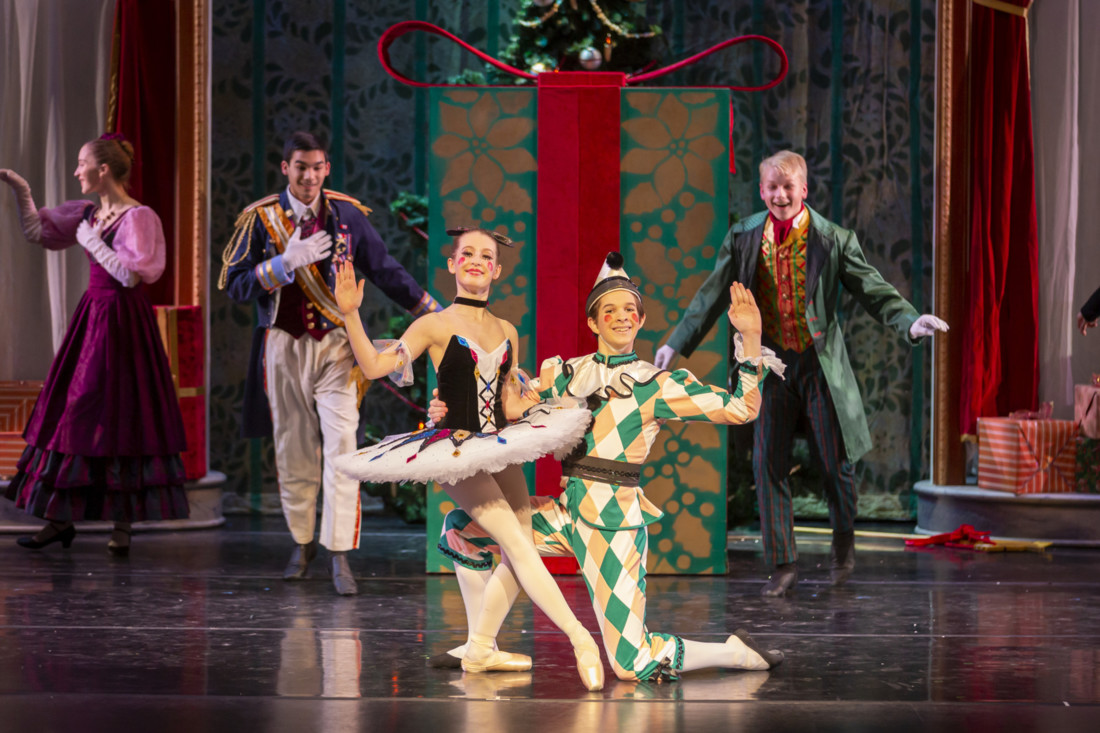